Death in Paradise season 10 is expected to see the return of Officer Ruby Patterson (played by Shyko Amos) to the Saint Marie police force. Here’s everything fans need to know about the actor who plays her, what she thinks of the role and what else she has starred in.

Who is Shyko Amos in Death in Paradise?

She was brought into the team after Dwayne Myers (Danny John-Jules) left to travel the world as a new recruit to help the team solve crimes.

Viewers will remember how she joined the Honoré Police Department fresh out of police college and eager to begin her career.

Fans of the show soon fell in love with Ruby who became known for her friendly nature and her cheerful personality. 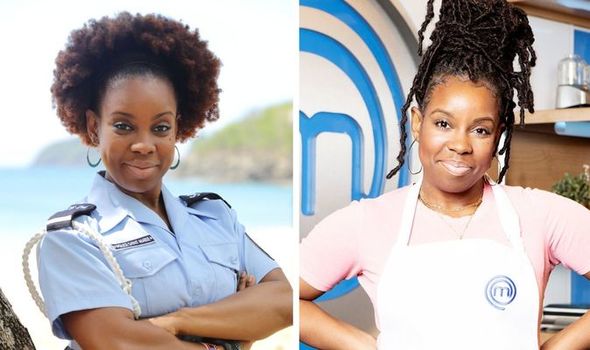 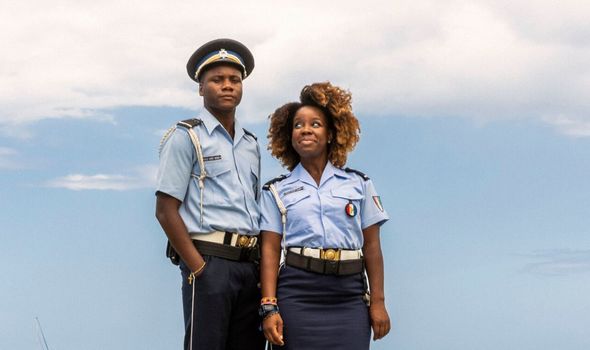 According to the BBC: “Wherever Ruby goes, chaos follows. Things like deadlines, punctuality and general tidiness aren’t her priorities in life, which can be a little infuriating for everyone around her.

“But despite her flaws, Ruby’s cheerful, easy-going attitude always makes her fun to be around.”

Although, it has not alway been plain sailing for her on the show, as viewers will remember her being hoodwinked by her ex-fiance in season nine.

However, she is expected to be back for the upcoming season 10, ready to help the new Detective Inspector Neville Parker (Ralf Little). 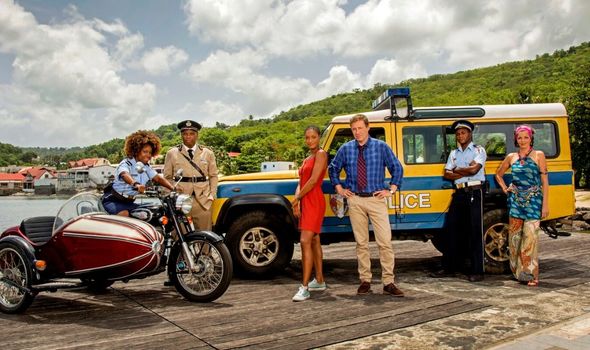 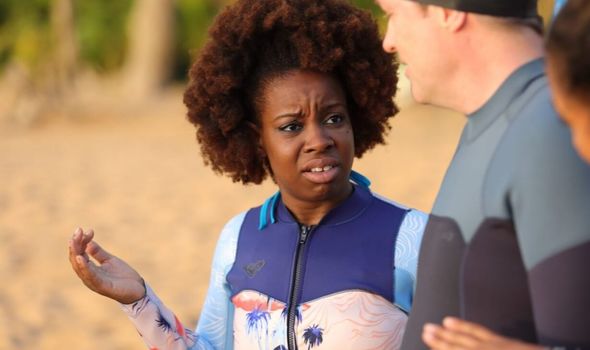 In the hit series, Ruby is played by actress Shyko Amos who was relatively unknown before she landed the part on Death in Paradise.

After this, she did an MA in Musical Theatre at The Guildford School of Acting before being signed by an agent.

She had a number of brief on-screen roles before joining the show according to her IMDb credits.

This included starring in shorts like 3-C, One Small Step for Melvin and Tell You Something.

Amos also played the role of Bronte Bisama in the third episode of A Very English Scandal back in 2018.

She was cast on Death in Paradise in what she told RadioTimes.com was a bit of “serendipity” when she was discovered by Sacha Green.

Amos told the publication: “They’d already done a trawl of auditions and I was newly signed onto my agent, and she just saw me and said, ‘Oh this is a new person, can I just see her?’

“And I think I was right at the end; I was one of the last people that they saw, and yeah – it happened to be me.”

Aside from her acting roles, Amos has also started her own YouTube channel where she speaks to fans as herself.

In her first video, she told her followers: “It’s me, Shyko Amos. I play Ruby in Death in Paradise but aside from that, I actually am a whole other human being.”

Fans will also be able to see her next in Celebrity Masterchef, which is set to be broadcast on the BBC later this summer.

The actor will be appearing on the show alongside tennis coach Judy Murray and Rak-Su singer Myles Stephenson.