DI Poole (played by Ben Miller) was killed off at the beginning of season three so viewers were convinced that was the end of his story. However, before season 10 of Death in Paradise began earlier this year, it was announced the beloved character would be making a guest appearance. With the most recent murder case on the BBC drama playing out over two episodes, viewers have been speculating whether the deceased detective will make his return in the special instalment. Putting the pieces of the puzzle together, eagle-eyed fans think DI Poole might have a connection to the murder victim.

At the beginning of Thursday’s episode, classically trained musician Pasha Verdinikov (Adrian Schiller) was shot dead by an unknown assailant.

With all members of his household having some sort of an alibi, this left DI Neville Parker (Ralf Little) and DS Florence Cassell (Josephine Jobert) with more questions than answers.

When the forensic analysis came back from the labs, it was revealed the body had fibres of material lodged under their fingernail.

Going back to the scene of the crime, the authorities discovered initials written in blood had been wiped off a piano seat.

They spelt out AS and it later transpired this was the name of a man who had an affair with the deceased’s wife, Grace Verdinikov (Lia Williams). 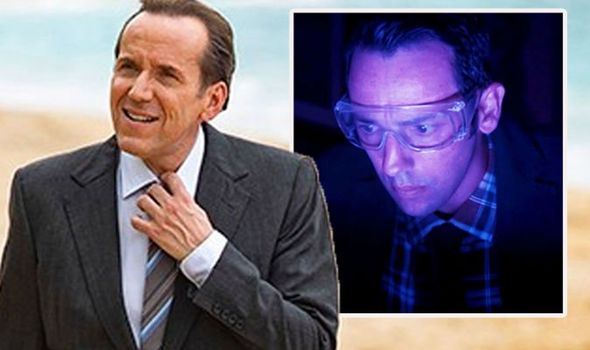 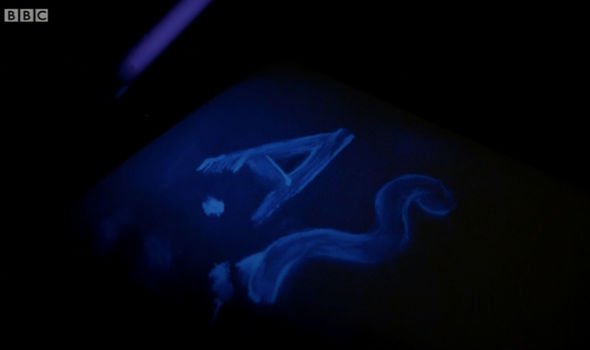 Viewers only got to see a glimpse of the man called Aiden, but one was convinced he has ties to DI Poole in some way.

Taking to Twitter, they wrote: “I think the initials have something to do with DI Poole! I don’t know why but I got this hunch! #deathinparadise.”

With another attack committed towards the end of the episode, it seemed the murder case was closer to home than the team would’ve thought.

Catherine Bordey (Elizabeth Bourgine) was strangled by an unknown assailant but was rescued by DI Parker at the last minute. 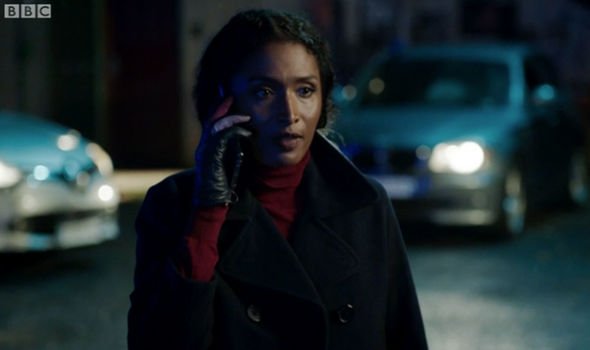 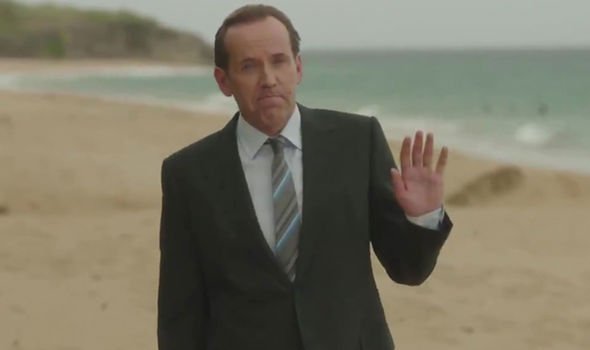 I got this hunch!

By the time the credits rolled, DI Poole’s former colleague was on her way back to the Caribbean Island but could her late boss be the answer to all their questions?

It could be the mysterious Aiden is somehow related to Ben Miller’s, 54, character and is seeking revenge on those closest to him.

Currently, it has not been revealed whether Pasha has a connection to the deceased but he was a friend of Catherine’s.

By the end of the episode, even DI Parker and Commissioner Patterson were getting the hunch they were being targeted.

A clip of DI Poole’s return has already been shared on the show’s official Twitter account which sees Camille catching a glimpse of her former colleague.

Could it be she will see his ghost, which can now rest, after cracking a case he is at the centre of?

Despite many questions being left unanswered, fans were still pleased to see Camille back on the scene to mark the show’s 10th anniversary.

Taking to Twitter, one viewer wrote: “Oh my God. Edge of my seat. You guys have pulled out all the stops on this one.”

Another posted: “I didn’t think it was possible to leave a cliffhanger that big,” with a third adding: “One word to describe tonight’s episode – brilliant.”

Death in Paradise continues Friday at 9pm on BBC One.