Death in Paradise has been on screens for a decade and has become known for its ever-changing guest cast. Every episode of the BBC comedy-drama welcomes some familiar faces, acting as suspects and victims in the crimes the Honoré  Police are tasked with solving on the island of Saint Marie. Some fans may remember seeing a star of Bridgerton in the middle of an investigation back in 2014.

WARNING: This article contains spoilers from Death in Paradise.

She played supposedly French dressmaker Genevieve Delacroix who came under scrutiny when Eloise Bridgerton (played by Claudia Jessie) believed she was Lady Whistledown.

This turned out not to be the case as Genevieve continued to see Benedict (Luke Thompson) without the majority of the family’s knowledge.

Prior to this though, actress Drysdale did have a role in Death in Paradise. 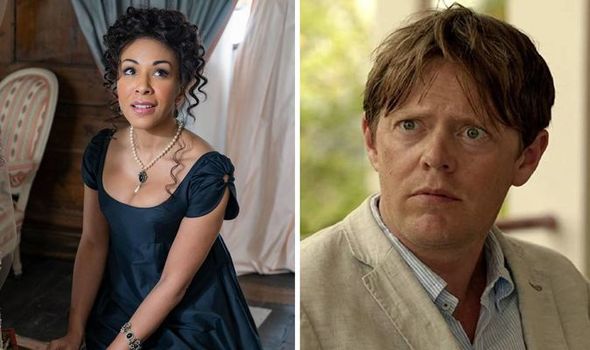 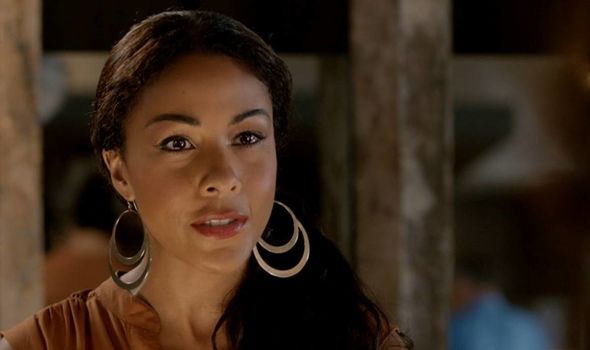 Who did Bridgerton star Kathryn Drysdale play in Death in Paradise?

The synopsis for the episode reads: “A party of airline crew is staying at a hotel on the island and stewardess Natasha Thiebert is found dead by poisoning.

“She had just written a postcard home to describe ‘exciting news’.

“Evidence suggests that pilot Adam Frost, boyfriend of cabin crew member Helen Walker, was in Natasha’s room before she died and he admits he had gone to tell her the news of her promotion.

“Steward Max Leigh was also hoping for that promotion and co-pilot Paul Bevans was in debt to Natasha for money she loaned him to give gambling creditors.

“Then Adam admits to an affair with Natasha, her true exciting news, and a second search of the room uncovers a poison bottle with his prints on it.

“Goodman however knows that Adam has been framed and exposes the real murderer.” 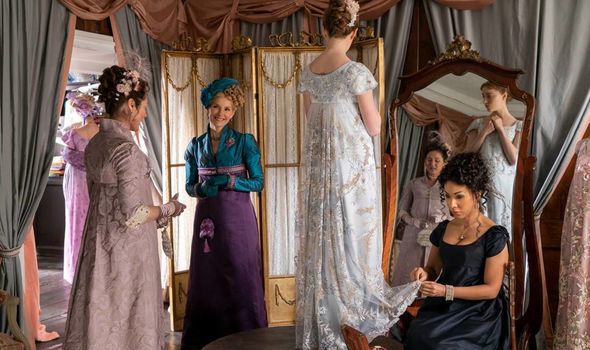 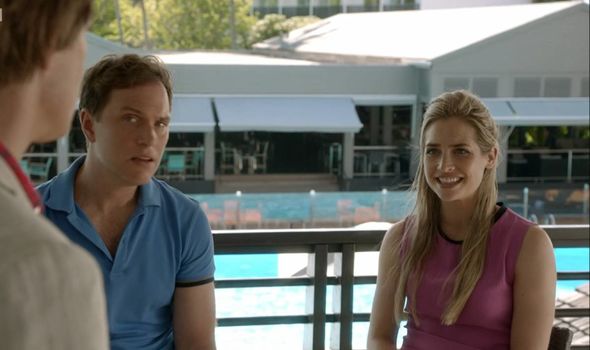 At one point during the episode, Officer Dwayne Myers (Danny John-Jules) believed Simone could have had something to do with Natasha’s death.

However, this later proved not to be the case as the real killer was caught.

But the real evidence came in the shape of a strand of hair that had been left at the crime scene.

The vial which the poison was in was discovered, along with a goat hair that was part of a makeup brush.

This particular brush had been used by Helen to put the poison on the stamp which Natasha used to send off her postcard, killing her in the process of sending it off.

As all of the suspects were gathered, including Simone, Goodman revealed the real killer and arrested Helen on the spot.

Besides Bridgerton and her appearance in Death in Paradise, Drysdale has been in plenty of popular television shows.

She was also in the comedy The Windsors as Meghan Markle, Plebs, Bottersnikes & Gumbles, New Blood and Benidorm as Natalie Wood.

In terms of what’s coming up for the Bridgerton actress, she will be part of an upcoming musical comedy called Chocolate Cake which is currently in pre-production.

Death in Paradise is available to watch on BBC iPlayer.