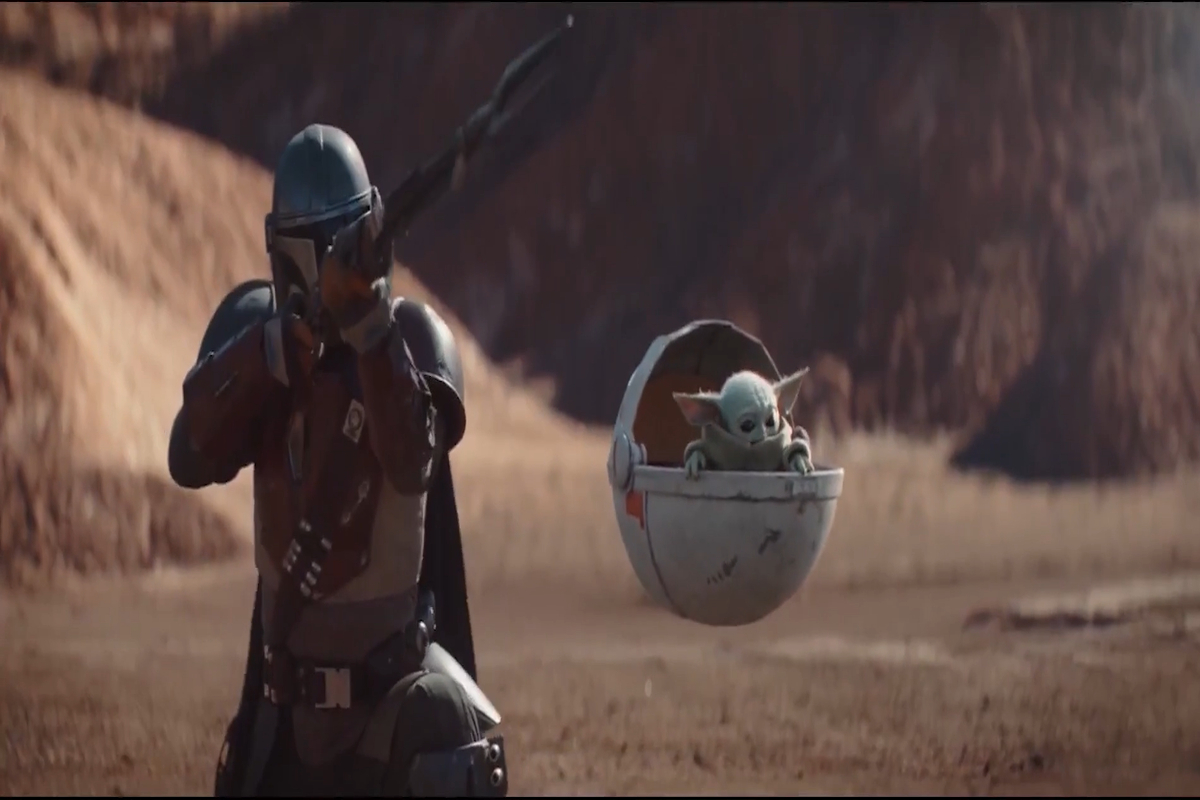 The title sounds basic, but the content is not. Episode 5 of Disney Gallery’s exploration of The Mandalorian, Practical, features the galaxy’s latest superstar, Baby Yoda. This is the one you’ve been waiting for.

You’ll have to wait just a little more for him as the episode begins, of course. Officially known in Star Wars canon as The Child, Baby Yoda is discussed in context of The Mandalorian’s commitment to special effects within an established universe.

This is delicate territory for the franchise, hammered by fan complaints about over-reliance on CGI during the prequel trilogy. George Lucas was also assailed as a heretic to his own established religion when he turned to computer animation to make significant and much-despised changes to the films of the original trilogy.

It’s telling, then, that Practical references the original three Star Wars film, and only the three original Star Wars films. There’s an interesting exposition of how the technical limitations of “A New Hope” necessarily limited the actions of the Millennium Falcon and the scope of the Star Wars universe, which was greatly expanded with The Empire Strikes Back as new practical effects were developed.

An interesting outcome of these early confines was that the viewer was forced to mentally and emotionally compensate for the universe which wasn’t shown, with the effect that it was seductively easy to self-inert. The comparative lack of technical effects left more room for character development and reflection on the themes of the film.

Ironically, if George Lucas were able to make A New Hope exactly the way he wanted, perhaps it wouldn’t have been such an enduring cultural force.

The Mandalorian underscores the emotional bedrock of the original trilogy and illustrates the importance of human connection to mechanical or costume-heavy characters. If you’ve been watching any social media feed over the past several months, you know the effect of this was most compellingly achieved with Baby Yoda.

That the creators of The Mandalorian knew that they’d scored a universe-shifting character with The Child can be seen in their decision to introduce him quietly, without merchandise and without trailer. The impact of the surprise, combined with the emotional weight he and Mando established in just a few moments at the end of the first episode, justifies their patience and delayed merchandise sales.

Baby Yoda—referred to as “the baby” or just “Baby” in Disney Gallery—is the product of an entire team of puppeteers, with one dedicated to only his eyes and ears. Cara Dune actress Gina Carano points out that her trepidation about acting wasn’t helped by the presence of such a star, revealing that she was informed by directors that “The baby kicked your a**” where screen presence was concerned.

And she’s not mad about it, because she joined several other cast and crew members in speaking directly to the puppet as though he were a living, breathing component. Of course, viewers embraced Baby Yoda as an organic part of the Star Wars universe; the actors around him did so even while seeing behind the curtain of his creation.

Pedro Pascal pops into the episode only to confirm that there is no out-acting Baby Yoda. Even Mando knows his place.

The Mandalorian is currently streaming on Disney Plus.