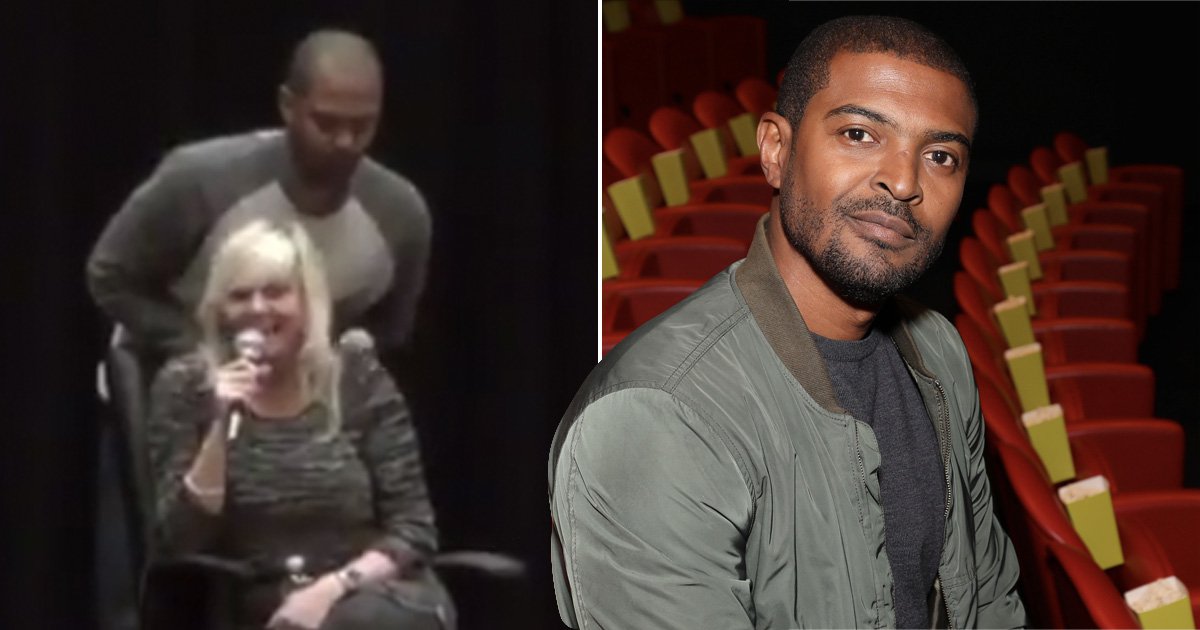 A video of Doctor Who actor Noel Clarke using a microphone as a crude prop and joking about behaviour on the set of the BBC sci-fi has resurfaced amid allegations against him.

The actor has faced allegations of misconduct from 20 women, which he has vehemently denied.

The video starts with Badland speaking, as Clarke interjects: ‘And Barrowman’s there, taking his d**k out every five seconds. Every five seconds, just hitting everything like that.’

Clarke went on to use his microphone as a prop, hitting it on his legs, and then on Coduri’s arm, repeating the action twice more.

‘Do you remember the time he put it on your shoulder?’ Clarke asked Coduri.

‘Yes I do,’ the actress responded.

Standing behind Coduri, he put his microphone on her shoulder and said: ‘For the record, any men out there – do not try that at work. You will be fired and possibly go to jail.’

Asked how Barrowman ‘got away with it’, Coduri responded: ‘He’s adorable.’

‘He is adorable, and very light-hearted and stuff, it’s because he’s a gay man,’ Clarke added. ‘Am I lying? […] I feel like it’s non-threatening.

‘All these straight guys are like, “Damn it!” You can’t do that at work, you’re going straight to jail. But John Barrowman’s like-‘

In Doctor Who, the 45-year-old starred as Mickey, the boyfriend of Billie Piper’s character Rose Tyler, from the first series onwards.

Clarke has faced allegations of misconduct, including sexual harassment and bullying, from 20 women.

He denied the allegations, telling The Guardian in a statement: ‘In a 20-year career, I have put inclusivity and diversity at the forefront of my work and never had a complaint made against me.

‘If anyone who has worked with me has ever felt uncomfortable or disrespected, I sincerely apologise. I vehemently deny any sexual misconduct or wrongdoing and intend to defend myself against these false allegations.’

The Guardian also claims that Clarke categorically denied all of the allegations bar one through his lawyers, accepting he once made inappropriate comments about one woman, for which he later apologised.

Last month, Bafta announced it was honouring Clarke for outstanding British contribution to cinema at this year’s awards.

The Academy has since suspended Clarke’s membership, and his award.

Sky has suspended filming of Bulletproof, which stars the actor, and ITV has pulled the final episode of its thriller Viewpoint following the allegations.

Metro.co.uk has contacted reps for John Barrowman for comment.

Richard Madeley recalls co-stars ‘laughing at him’ during GMB stint ‘It was humiliating!’
Music