Former Teen Wolf star Dylan O’Brien has been through a transitional and challenging period after a serious accident on the set of the final Maze Runner film left him with injuries that required reconstructive surgery. The actor’s recovery coincided with him reading a script called The Education Of Fredrick Fitzell, a low-budget, mind-bending drama written by Canadian filmmaker Christopher MacBride, whose previous credits include 2012 horror The Conspiracy. The material sparked with O’Brien in an intense way, he tells Deadline in his first interview about the movie, connecting with that period of his life and reflecting some of what he was going through. “I was a mess,” he admits frankly.

Inspired, O’Brien attached himself to the movie, which follows a man who, after a chance encounter with a person forgotten from his youth, literally and metaphorically journeys into his past. It marks an intriguing and sideways move for the actor, whose career has almost entirely been in studio movies, such as Deepwater Horizon and Bumblebee. The actor also had interesting and timely points to make about how he thinks COVID-19 protocols could give the industry an overdue wakeup call over “outdated” health and safety regulations.

Deadline sat down with O’Brien and his Fredrick Fitzell director Christopher MacBride ahead of the film’s premiere at Spain’s Sitges film festival this week. Maika Monroe, Hannah Gross and Emory Cohen also star in the movie. Protagonist Pictures is handling sales.

DEADLINE: Congratulations on the movie’s premiere, are you disappointed not to be heading over to Spain?

CHRISTOPHER MACBRIDE: I would’ve gone for sure. My last film (The Conspiracy) went to Sitges, I’m super bummed not to be going back. 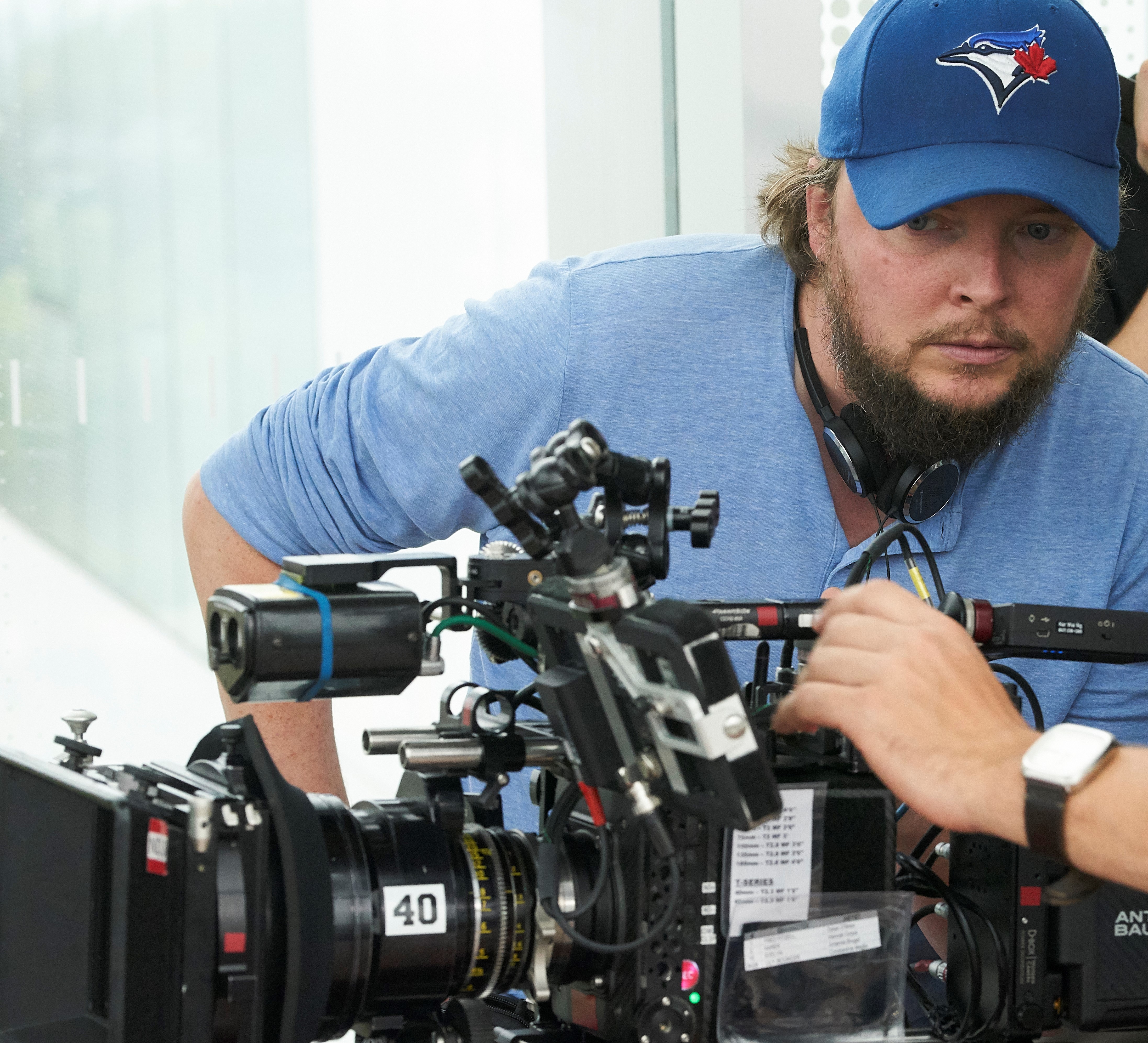 DYLAN O’BRIEN: I’m super bummed too. I saw pictures from the festival the other day, I hadn’t been thinking about it and they made me realise what we’re missing, any other year we’d be going and premiering our film which would be incredible.

DEADLINE: How did your collaboration on this movie come about?

MACBRIDE: I wrote this script more than 10 years ago. It was always in my back pocket, sort of ‘the film I want to make before I die’. A couple of years ago I started taking it seriously and me and my producers started taking the road of finding people crazy enough to join us. I got really lucky that an awesome cast responded to the script, that’s the difference of if it gets made or not.

DEADLINE: Did you have Dylan in mind?

MACBRIDE: I did not. I really disliked Dylan before this film [laughs]. The producers suggested Dylan because they had a relationship and I devoured every piece of Dylan O’Brien work I could. I could tell he had a depth to him, I could see a real actor at work. When we got on set I had this illogical anxiety – ‘what if Dylan sucks?’ – I remember when I called action the first time, I saw his whole body transform and this great, horrible, Fred Fritzel posture overtake him. He became Fred, and relief hit me.

O’BRIEN: That is hilarious.

DEADLINE: How did you get attached Dylan?

O’BRIEN: I had a general with Russell Ackerman (EP on the movie). He sent me the script and I remember thinking, ‘yo, this is me right now’. I happened to be in this place of life, I was going through a lot, and this script felt like what I was going through, I completely got it. Me and Chris talked and I was raving about how fascinating it was and how I was connected to it.

DEADLINE: What was it about the material you empathized with?

O’BRIEN: I was entering a new chapter in my life and career simultaneously. I must have read a hundred projects and to do one it had to be really great. A lot of things struck me about this script, it was exceptionally impressive, extraordinarily visual.

When I read it, I felt like I was going through a quarter-life crisis. I had been allowing myself to be in this pretty f*cked up, lost place. And then this script came along and I thought it was crazy how much it was me at that moment. The film surrounds a guy who is baulking at the next stage of his life, he’s dealing with tremendous loss, and at that time in his life he reached back, to a specific night, I liked that idea. It’s a very human story.

DEADLINE: To what extent did those emotions stem from your accident on The Maze Runner?

O’BRIEN: That was definitely one of the pieces. It was a concoction of sh*t. I had a rough and long road back from that, probably more than people realize. It was a very private and personal thing for me. I was going through that sh*t for long time.

A lot of things in my life were changing and were difficult at that time. A lot of things in my career were changing too. I was fighting it for a while, and freaking out that I felt so f*cking broken. I had to accept that and sink into it. It’s hilarious to think back to the place I was in when I read this script and then the onslaught of information I screamed at Chris after I read it. But I think he took it as interesting, that I got it to the core. I was so in that moment.

DEADLINE: Was shooting the movie a cathartic experience for you? 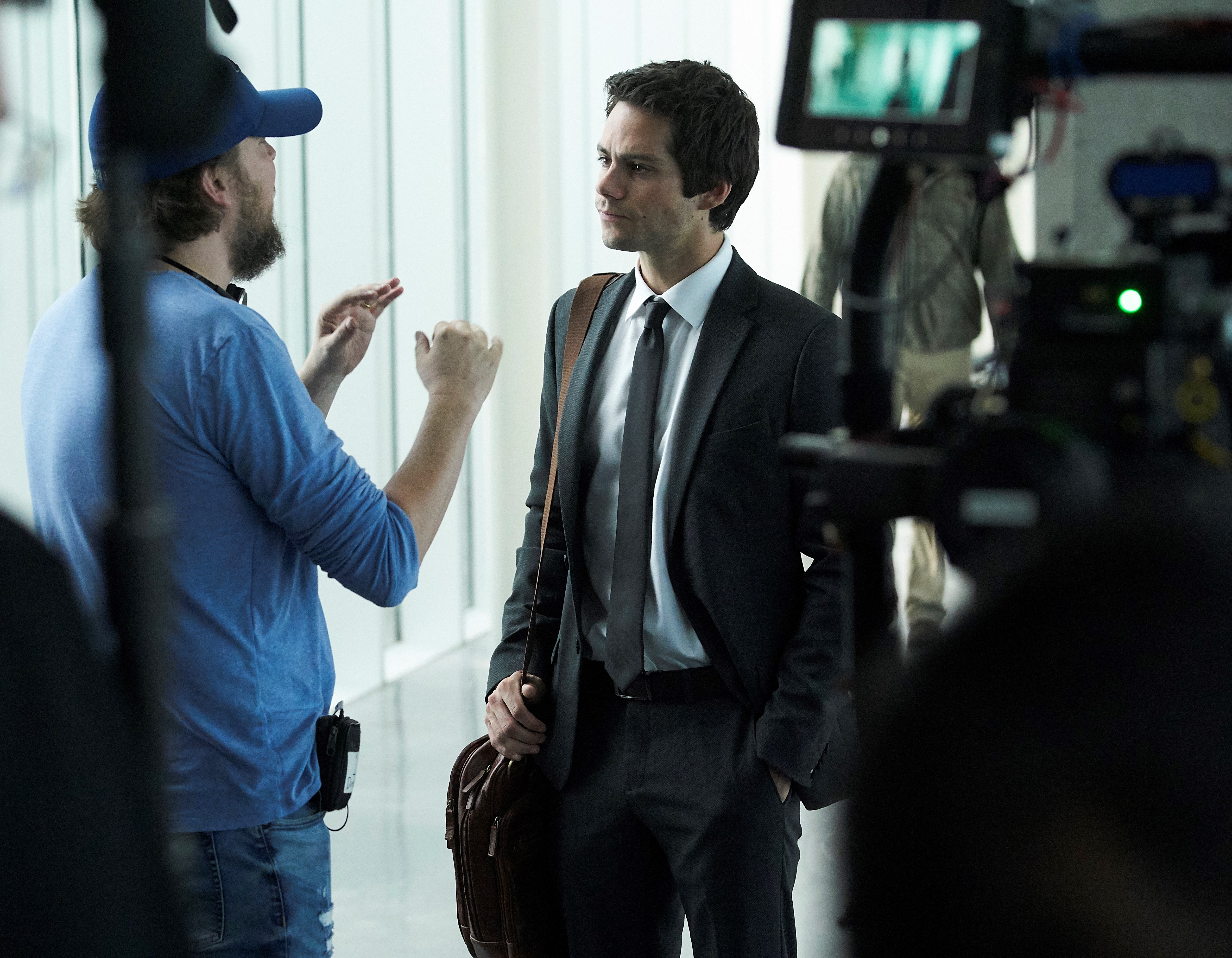 O’BRIEN: Yes I guess it was. I used it as an outlet, to lean into the mess I was in at the time. I really loved Chris and I loved our cast. It was such a great challenge too, we had to shoot fast and it’s a very complicated piece to film in 25 days.

DEADLINE: I assume a tight budget too…

DEADLINE: Dylan, what was it like working on a more indie production, in contrast with your studio jobs?

O’BRIEN: I loved it. But I think people’s perceptions of things I worked on are a little inaccurate because of how commercial they ended up being. Maze Runner was a $30m movie but we shot it in 40 days. And Teen Wolf was notorious in the industry for being the most low-budget and ambitious TV scheduled at the time. I was used to the hustle so this wasn’t jarring. It’s my favourite thing to do, being on set, that family and that camaraderie, that’s what it’s all about.

O’BRIEN: Absolutely. I’ve never thought of myself as a studio actor. The two things that give me that reputation both started out quite small and were little miracles in their own right. I’ve always felt I respond to, and work better with, more intimate pieces of material anyway. Going forward people will see me more in independent, weirder things like this. This is the first time I’m choosing my own path. I’m picky, it’s got to mean something to me.

DEADLINE: How do you feel about doing your job in this COVID era?

O’BRIEN: I definitely don’t love the prospect of it as of now. A large part of me thinks it’s going to be a long overdue positive influence on these dated health and safety regulations that tend to be on a set anyway. I’m looking forward to that but I hold some reservation, I need to see it function first. Set culture in terms of health and safety – everything comes ahead of it. We’re talking about capitalism, everyone egregiously prioritizes money. Sets are a lot of people, moving parts, equipment – lots of things can happen. As actors, we have to protect ourselves. I learned that. I’m adamant about it, the only person who’s going to have your back is you.