EASTENDERS' Elaine Lordan looked fit and healthy as she went for a run two years after being pictured downing a bottle of wine in the street.

The former soap star, 53, was pictured jogging beside her husband Peter Manuel in north London. 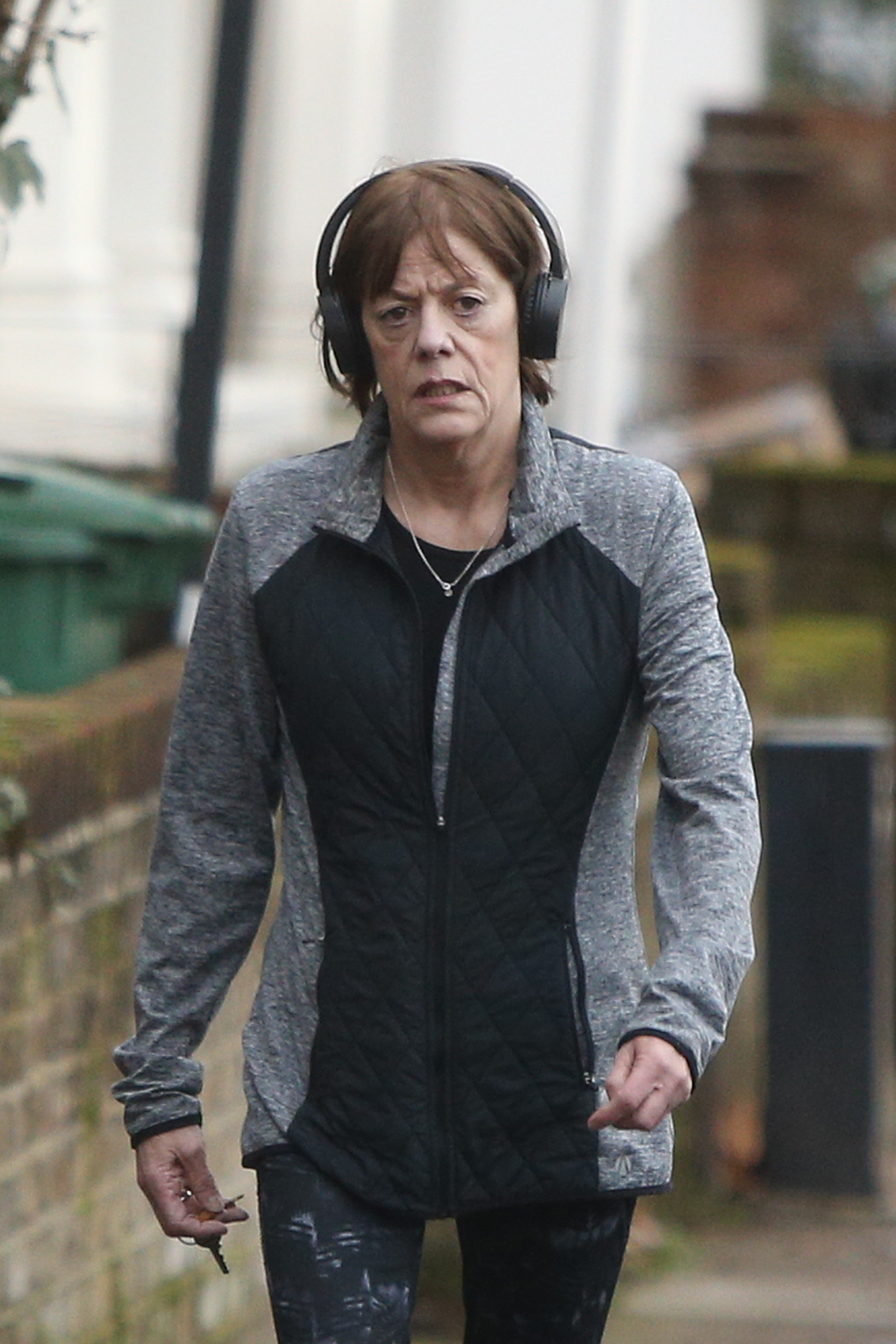 Actress Elaine wore sports leggings and a long-sleeved top as she worked out listening to music.

Her other half looked to be struggling to keep up as she bounced across the tarmac.

It is a big turn around for Elaine, who was previously pictured looking worse for wear after knocking back booze in the middle of the day.

The star's life has been plagued by sorrow. She lost son James in 2005, days
after his first birthday. 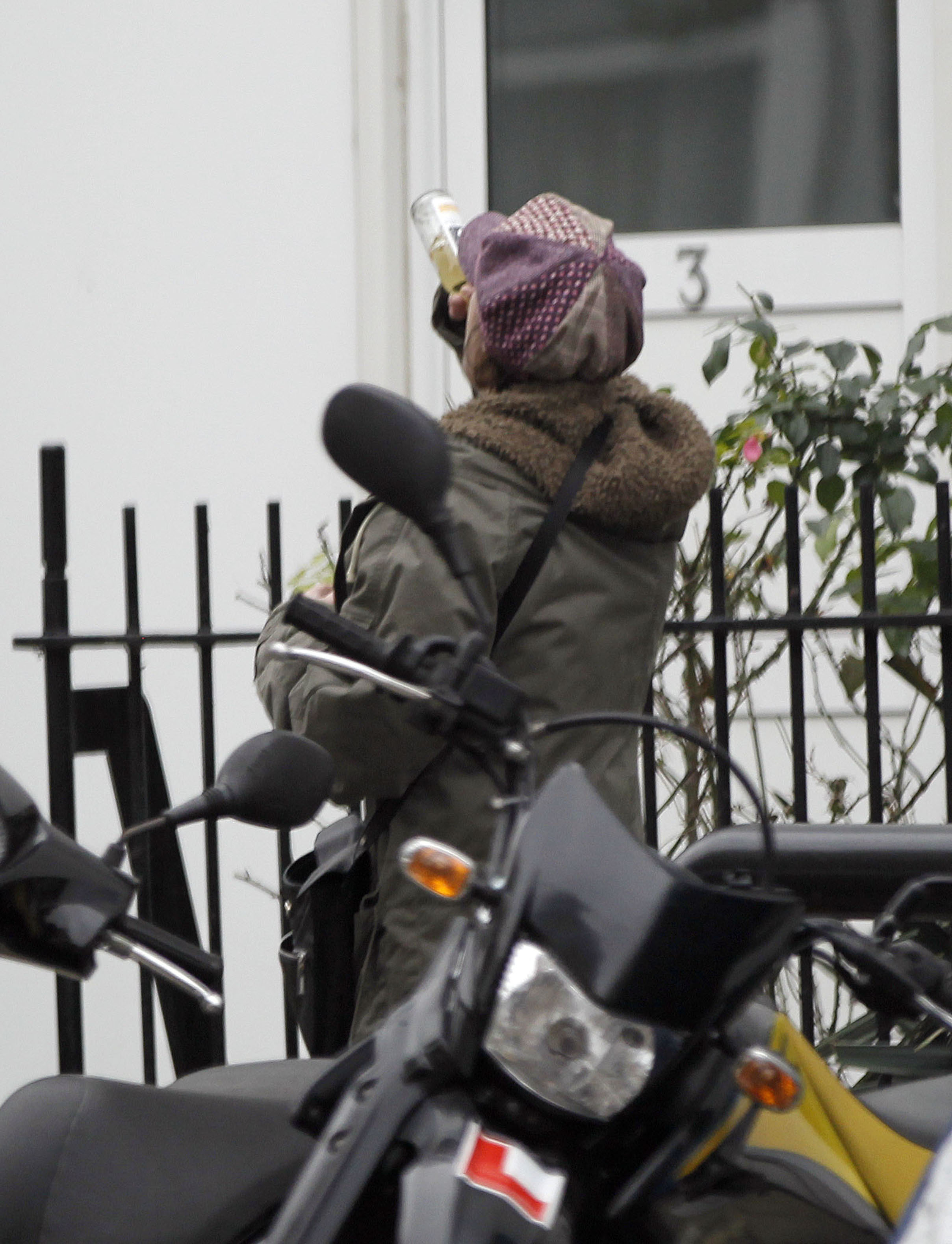 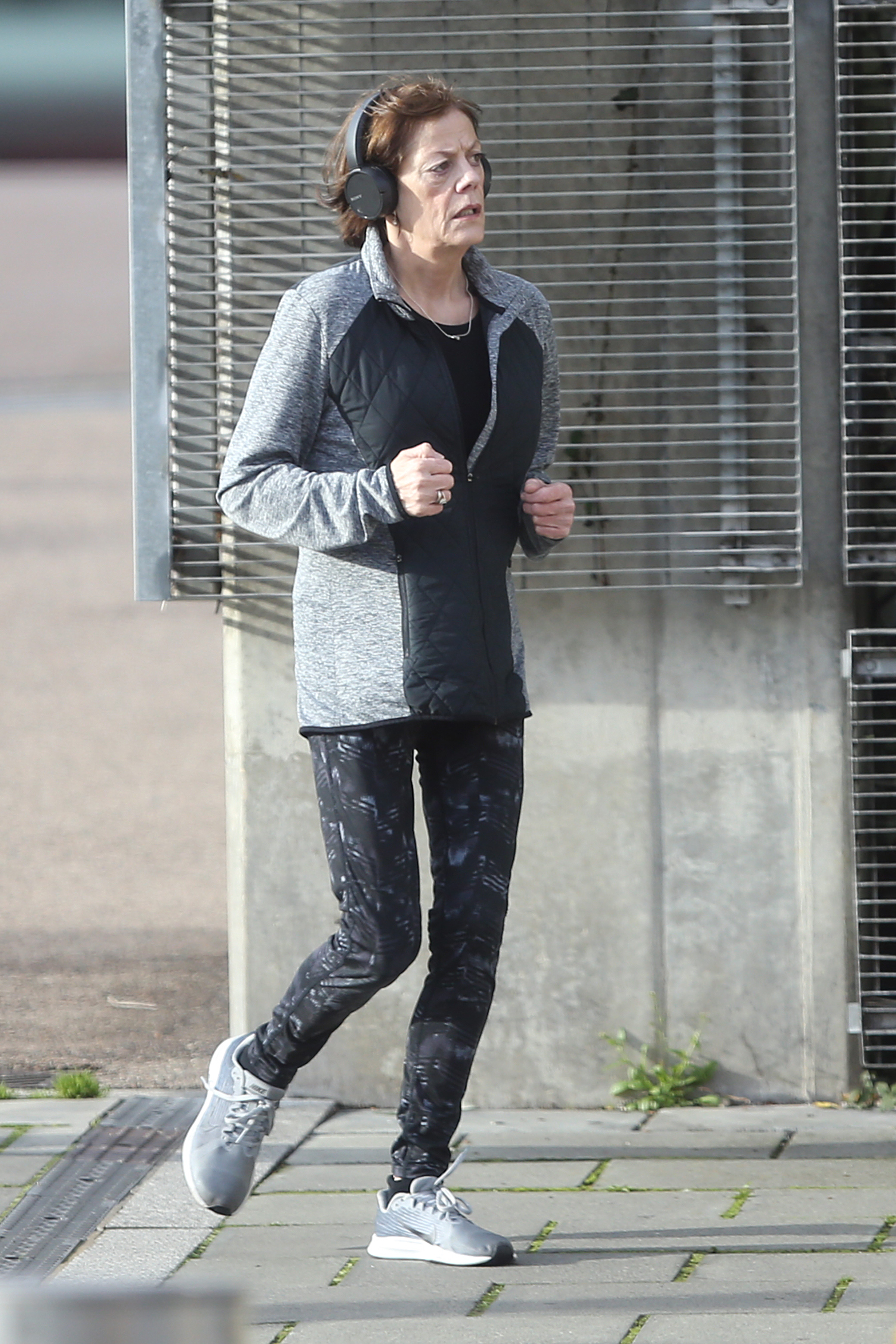 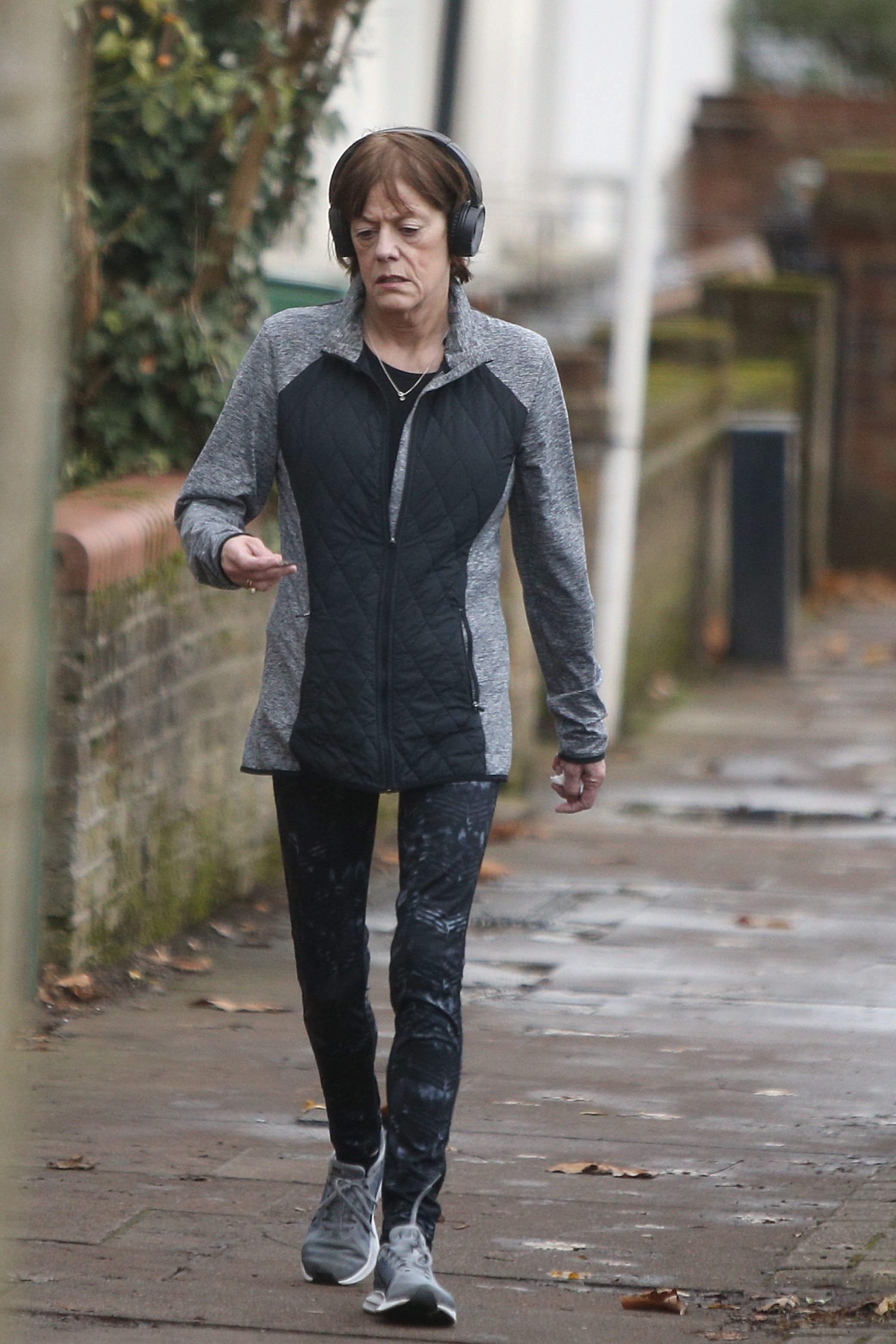 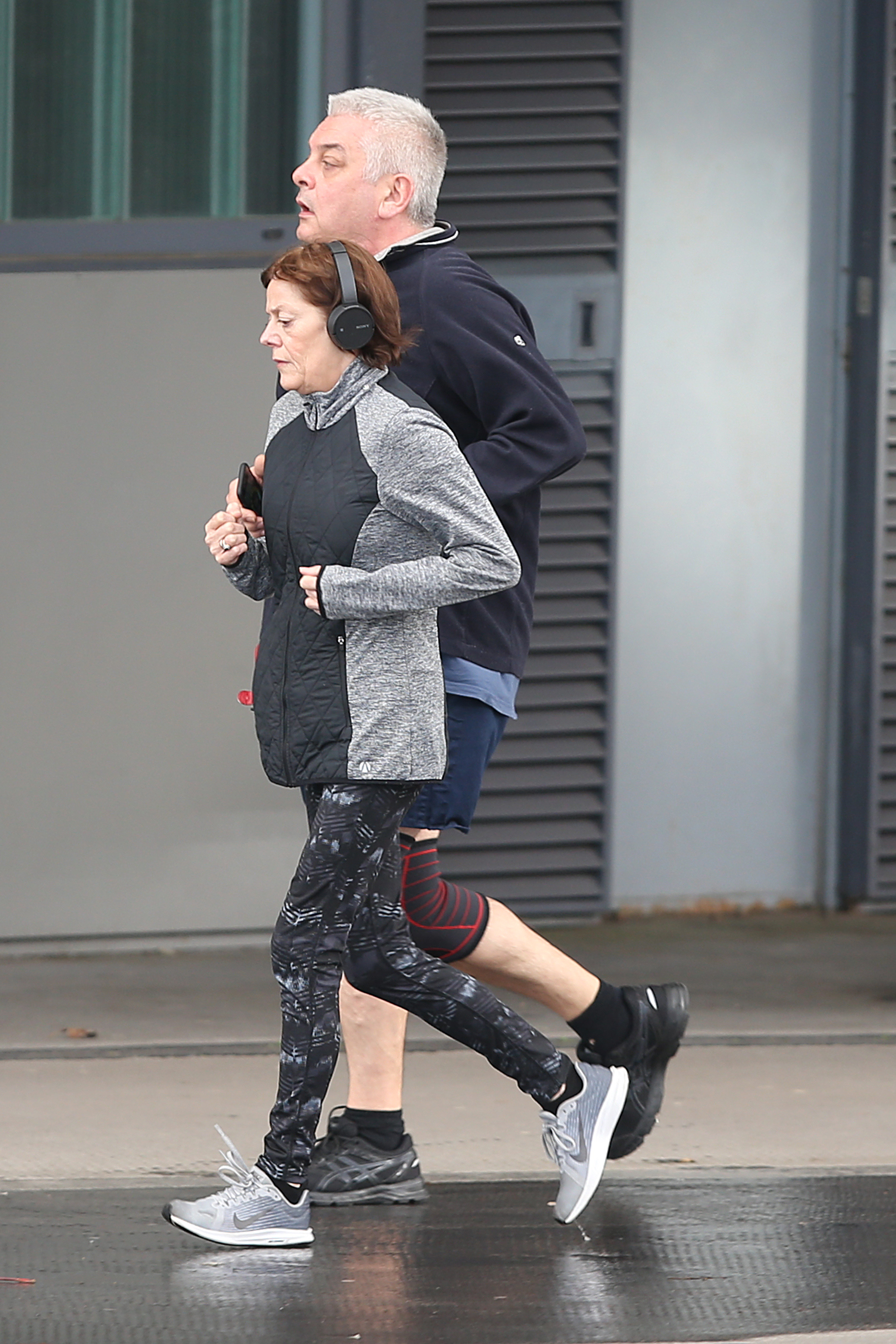 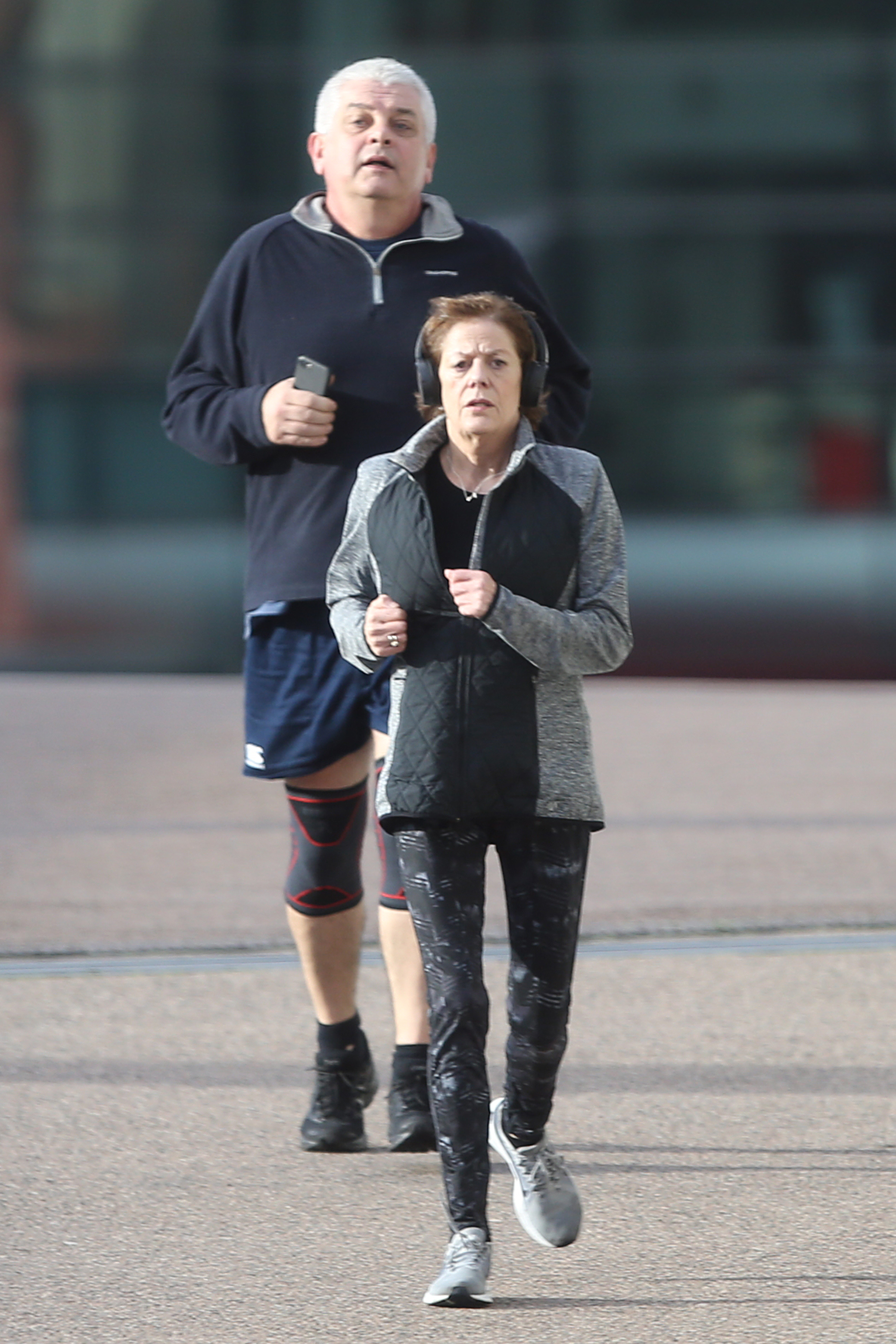 Elaine fell pregnant again in 2007 but suffered a miscarriage. A year later her father Garrett passed away aged 72.

Elaine, convicted of drink driving in 2003, played Kat Slater’s sister Lynne
for four years — but booze-related incidents led to her sacking in June
2004.

During her time on the soap she was seen falling out of pubs and clubs.

She appeared on I’m A Celebrity in 2005 — but had to be airlifted out after
twice fainting on the first day. 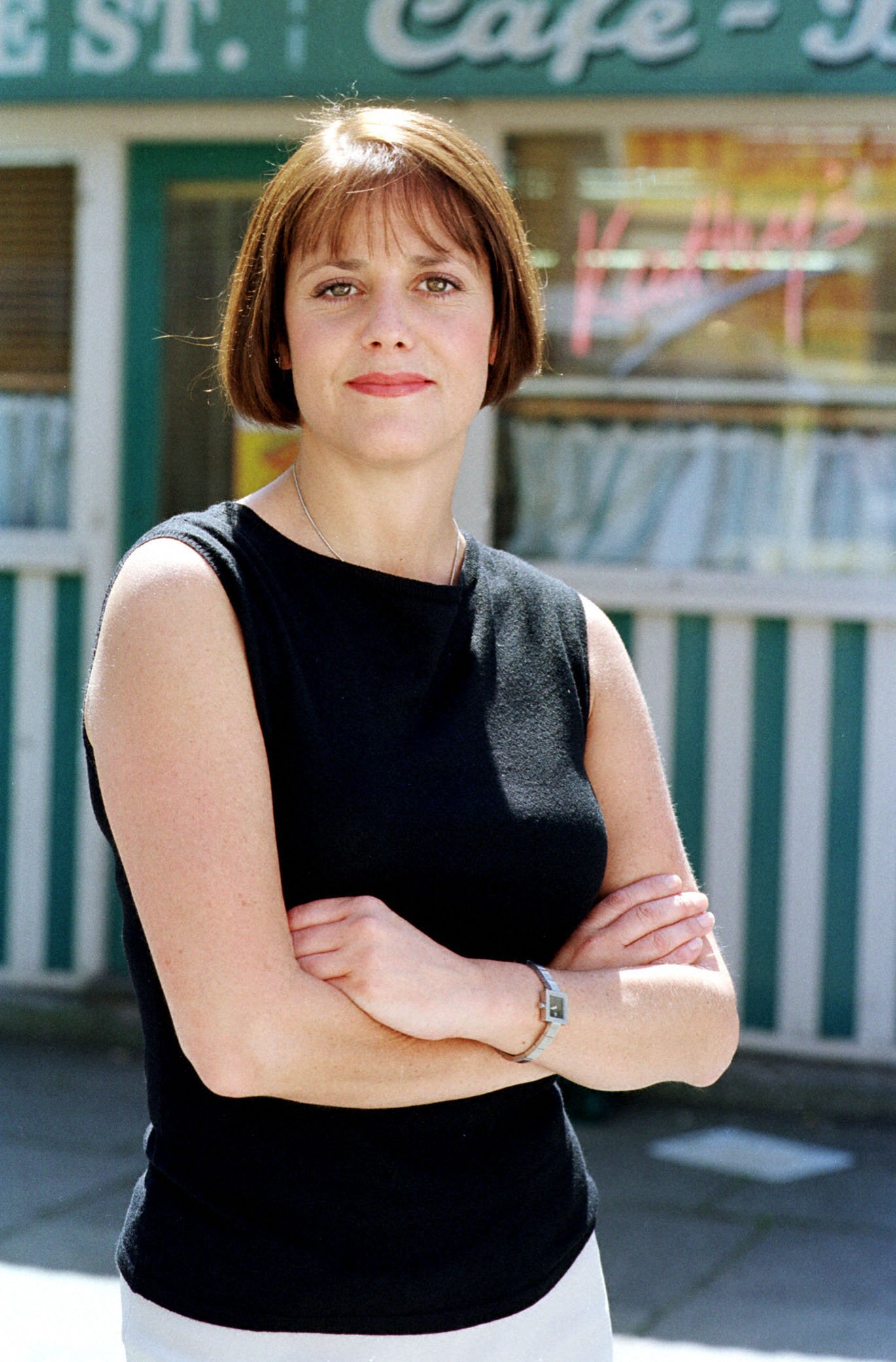 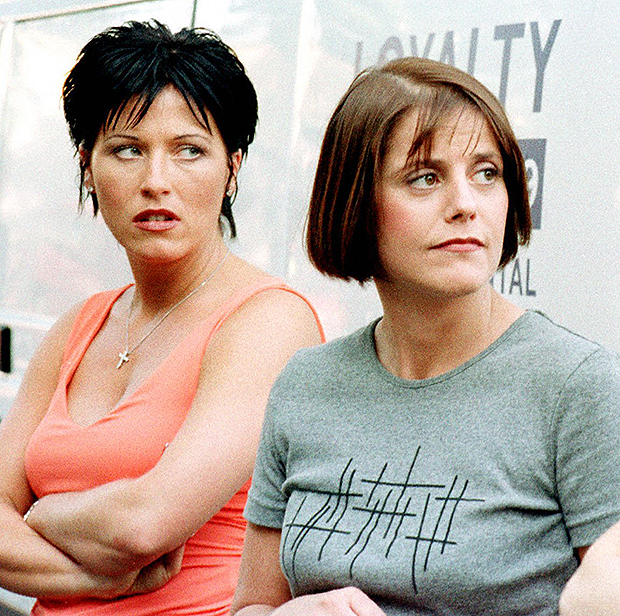