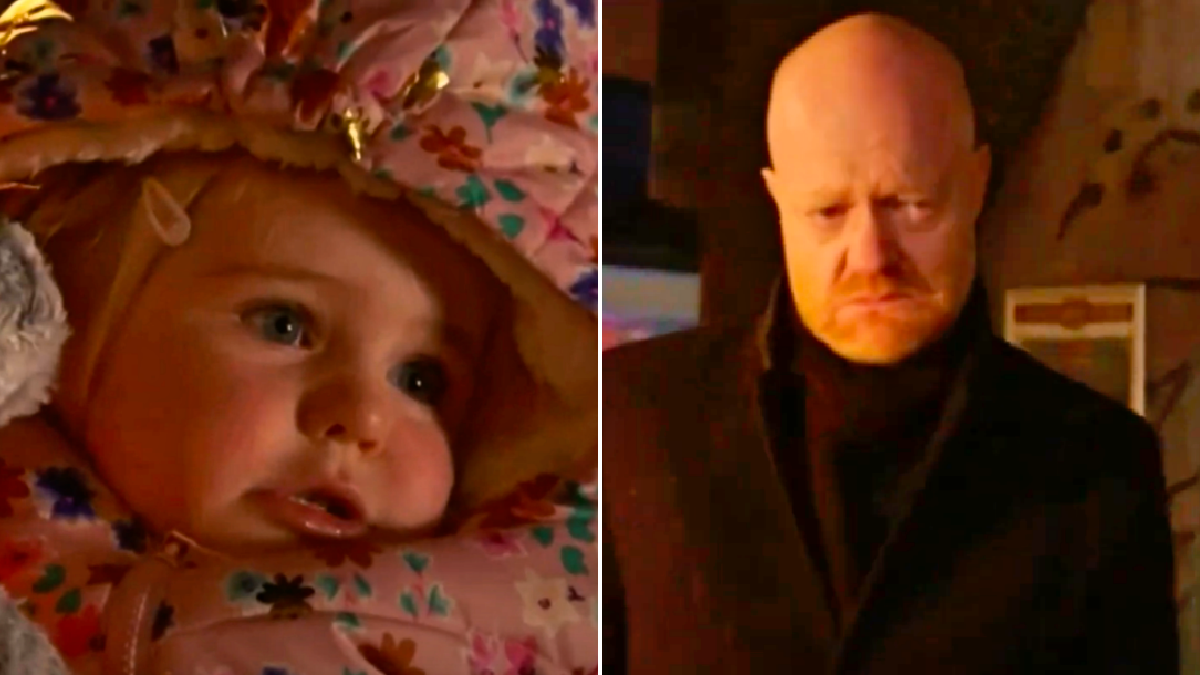 Jack had taken Abi on holiday to Paris to visit Max, who had allegedly found his feet and was having a great time since he departed Walford earlier this year.

Linda Carter (Kellie Bright), meanwhile, has been struggling to hide her baby bump, and decided tonight that Max needed about her pregnancy.

The landlady took a trip to the salon to pick Denise Fox’s (Diane Parish) brains about her fiancé’s brother’s whereabouts, and when she learned of how well settled Max was, she was shocked.

However, it appears as if Max isn’t doing as well as he claimed, as Jack returned to Walford in a panic, telling Denise that his brother has abducted Abi!

It’s a development that will impact a number of residents, such as Rainie and Stuart Highway (Tanya Franks and Ricky Champ), who have been raising Abi together in the wake of Max’s departure.

How will they react when they learn of what Max has done?

And what will this mean for Linda? The Carter matriarch is still conflicted about how to proceed since discovering that was pregnant with Max’s baby.

It’s perhaps inevitable that Abi’s kidnapping will inform her next move. Will she even want Max in her child’s life given what he’s proven himself capable of?

EastEnders continues Thursday June 10 at 7:35pm on BBC One.