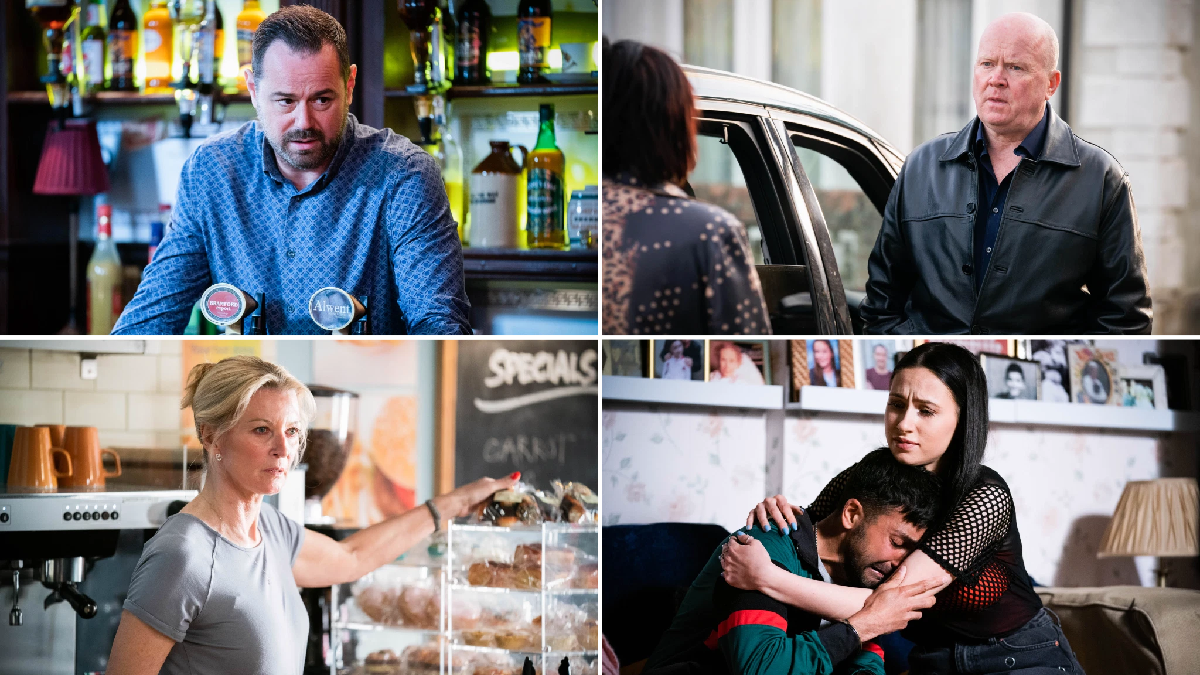 Lola sees that Isaac is distracted again, but he successfully manages to cover.

After the couple meet for lunch, Isaac surprises Lola by taking her to Patrick’s shed in the allotments.

Bernie complains to Tiffany that the pills aren’t working and she wants stronger ones. Tiffany refuses to agree to this. However, when Bernie learns that Stuart and Rainie will be making a decision about their surrogate tomorrow, Bernie makes a second plea to Tiffany for the pills.

Rocky steals Mila and Iqra’s phones as part of a plan to bring them back together.

Isaac continues his research while Lola is at work. Lola convinces Sheree that Isaac is fine.

Isaac interrupts a heart-to-heart between Ruby and Jean and has plenty to say.

Tiffany gives into Bernie’s demands for more pills. Bernie fears she has missed her chance when her visit to the weight loss group reveals that she hasn’t lost as much as she’d hoped. However, Rainie and Stuart ask Bernie to be their surrogate.

Mila reveals that she has taken steps to become Kioni’s guardian. When Kathy reveals that Iqra chose to stay to help Mila rather than going to see Habiba and the baby, Mila warms to Iqra again and they decide to move in together.

Linda is surprised to receive a present from Max on her birthday. The postmark reveals that the gift has come from Croatia, but Mick and Linda worry that it’ll be too risky to share this crucial piece of information with Rainie.

Mick and Linda have to decide whether to confide in Jack about what they’ve discovered.

Frankie invites Rocky and Sonia to Linda’s birthday party, hoping to play matchmaker between Rocky and Shirley. Sonia warns Kathy about what Frankie is up to. Shirley and Rocky have a good time together, but Rocky’s attention shifts when Kathy turns up.

Ruby learns that she’ll need to have another procedure before the laparoscopy. She tells Martin that she wants to go ahead with this because she wants to keep trying for another baby.

Rainie, Stuart and Bernie head to the insemination appointment. However, when Rainie then pays Bernie her first instalment, it’s less than they’d agreed. Tiffany encourages Bernie to get the full amount, but Rainie explains that she’s had to pay out for a private investigator to find Max.

Tiffany worries when Bernie tries to get even more pills. However, she also spots just how much the money means to the Taylor family when Bernie hands over the first instalment to her family.

Denise is dismissive when Phil invites her and Raymond to the launch of his new business. Phil tells Kat that he wants to let Raymond know that he’s his dad. Kat advises against this, warning that Denise could stop him from seeing Raymond completely.

Linda tells Frankie that she wasn’t happy about the surprise party yesterday. Nancy thinks Linda needs to apologise to Frankie and be more honest with her about what’s going on within the family.

Mitch lands a job as a cabbie for Kat and Phil’s business, while Chelsea and Gray arrange a dinner date.