The businessman has been secretly attacking his wife for months, but during this particular instalment, viewers were left with a worrying feeling.

In another brutal moment, Gray flew off the handle when he found out Chantelle had spent hundreds of pounds on school uniforms for their children and Bailey Baker (Kara-Leah Fernandes).

But the episode ended on a dramatic cliffhanger when Chantelle took a pregnancy test and a positive sign stared back at her.

Following this, those watching at home are convinced Gray’s fate has been sealed and have predicted a big twist which will see him end up dead as a consequence to pushing Chantelle around.

One viewer wrote on Twitter: “I can see Chantelle going for Gray with a knife sooner or later.”

Another added: “Gray better be killed off during the Christmas special episodes,” while a third said: “There’s a funeral filmed for November already, Ben and Jay have been photographed outside the hearse…Bobby is also scheduled to kill in the coming weeks.”

While one more remarked: “I’m gonna throw my #EastEnders Xmas storyline prediction out there, but I reckon Gray gets killed off. Possibly by Chantelle but maybe even Mitch.”

It came after Gray’s violent side surfaced and when Chantelle tried to stand up for her family, he lost control and punched her in the stomach.

“Since when did school uniforms cost this much? What about the money I left you?” Gray demanded and his wife replied: “I needed extra for Bailey. He’s my dad and she’s my sister.” 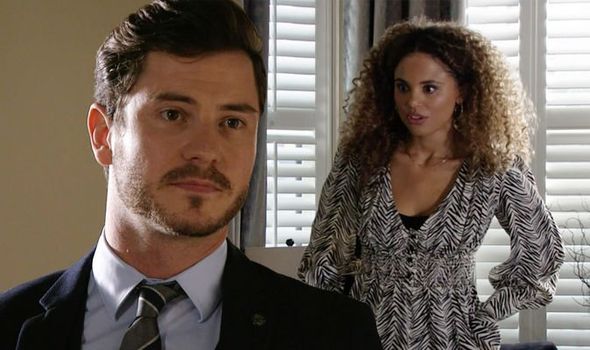 “I’ve found better stuff on the bottom of my shoe…after what he did to me! Pretending like nothing else happened after he hit me in the face in my own home!” Gray continued and then grabbed the hairdresser and pushed her back against the fridge in a blind rage.

“I’ve seen how you are around him since I’ve been away. Daddy’s little girl and you’re wasting your time with the rest of that bunch of misfits,” he added.

Refusing to allow him to speak about her family like that, Chantelle fired back: “Those misfits are my family and I’d rather be there with them than here with you,” and because of it she suffered a blow to her abdomen.

Slumping to the floor, gasping for air, Gray stood above her and stated: “This is your own fault.”

In a later scene, Chantelle returned home and questioned Gray: “You think ‘sorry’ covers it? No, I’m done listening to you. Maybe I should [leave you]. It’s not just me I need to think about, is it? I’ve got the kids.’ 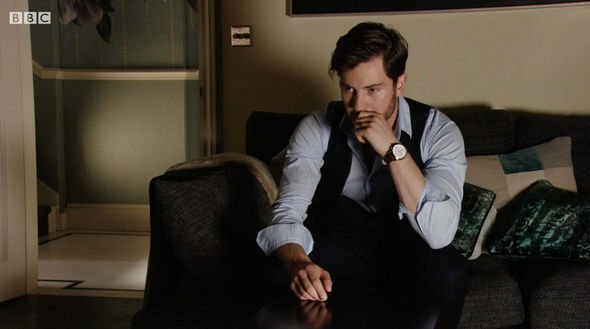 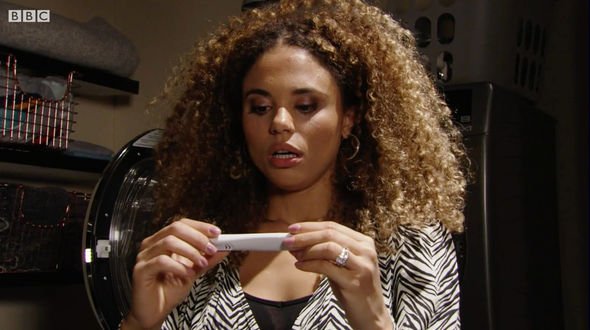 Will Gray be killed in the Christmas special?

Breaking down in tears, Gray turned on the charm and managed to convince Chantelle to forgive him.

He begged: “I’m sorry. Please Chantelle, don’t leave me. I am nothing without you. Please forgive me, don’t throw all this away, just give me one more chance?”

But how long will Chantelle allow herself and her family to be treated like this? And will she be strong enough to walk away or will revenge get the better of her?

EastEnders returns to BBC One tonight at 7.30pm.

If you or anyone you know has been affected by Chantelle’s storyline, the BBC have a wide range of information and support regarding domestic abuse. See the full list of helplines and charities here.