Mick (played by Danny Dyer) has been struggling with his son Ollie Carter’s (Harry Farr) autism diagnosis in recent episodes of EastEnders. However, upcoming scenes on the BBC soap will see The Queen Vic landlord’s attention diverted elsewhere as he notices something is bothering Walford resident Honey (Emma Barton).

Viewers of the popular soap opera will know Honey is battling a huge dilemma over whether to expose her love-rat partner Adam (Stephen Rahman-Hughes).

For months, the smooth talking dentist has been having an affair with newcomer Habiba Ahmed (Rukku Nahar), the grand-daughter of his foster parents.

Honey had been warned many times about the infidelity but had her worst fears confirmed a couple of weeks ago when her partner’s mistress revealed all.

The Minute Mart shopkeeper is now gripped by heartbreak and next week will see other members of the Walford community become concerned for her. 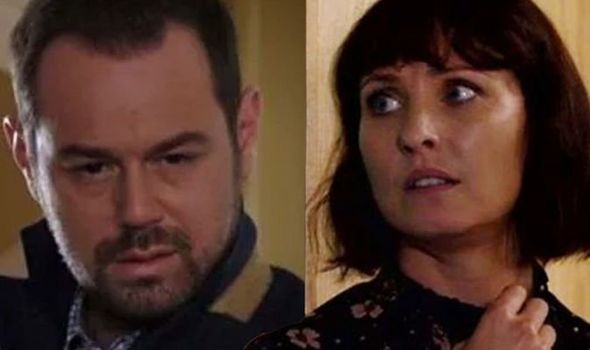 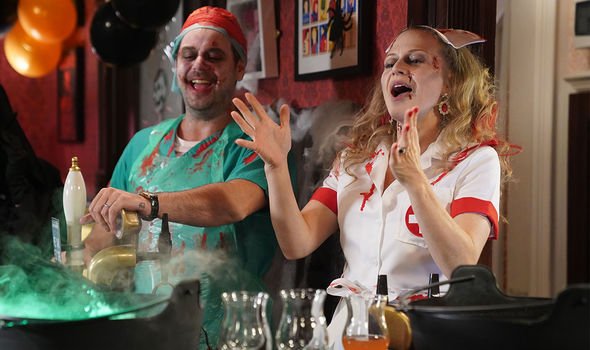 As Halloween looms on the Square, the residents will get into the spirt of the festivities as The Queen Vic owners celebrate with a theme night.

Hoping it will be a happier occasion for the couple as she’s trying her best to forgive Adam without confronting him over the affair, Honey is determined to make the party.

When her partner begins to voice his doubts about going, the mother-of-two demands he make the effort to keep up appearances.

Realising he’s upset his beloved, later on at the pub, the dentist apologises to his lover and tells her they should go on a family holiday. 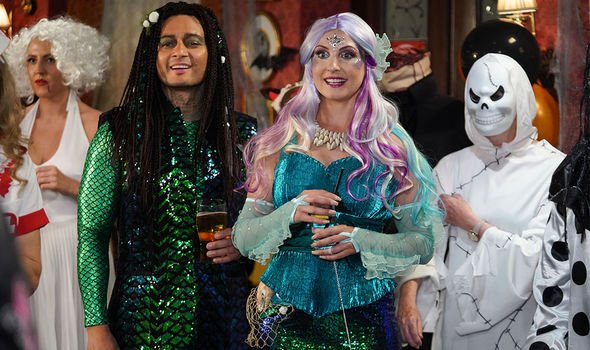 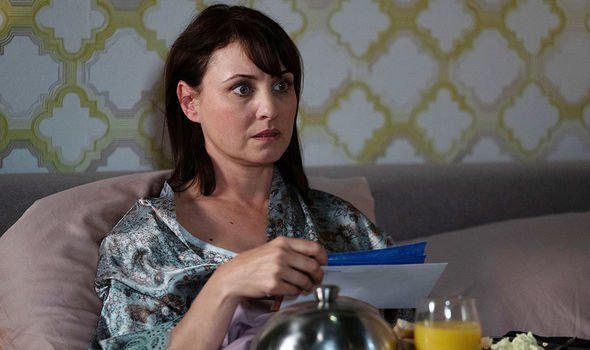 Thrilled by the news, Honey’s mood soon changes when Habiba arrives and as the shopkeeper’s anxieties begin to surface, Mick steps in to help.

As the two get talking, the landlord gives the heartbroken lover some relationship advice, but it’s still not enough to of the trick.

Hoping to cheer up the Walford resident, Mick hatches a plan, but viewers will have to wait and see what he has in store.

It’s likely the supermarket shopkeeper won’t detail the details of Adam’s infidelity, but could her talk with the pub owner give the woman scorned an idea about how to get revenge?

She will take action

Mick may have thought he was offering friendly advice, but he could secretly and inadvertently be the mastermind behind brining the love rat down.

Fans of the show will remember he and wife Linda Carter (Kellie Bright) have had their fair share of turbulent troubles win love.

A couple of years ago, the landlord kissed his son’s wife Whitney Dean (Shona McGarthy) as the pair gave into their sizzling chemistry.

Last year, the landlady of the establishment almost cheated on her beloved with Stuart Highway (Ricky Champ) in order to get a confession he’d shot himself and not her husband who was locked up behind bars.

The pair have forgiven each other but it hasn’t without its difficulties and with Honey having been cheated on in the past, could the culmination of affair dramas lead her to crack?

With Adam set to depart the soap in the upcoming episodes, what action will his heartbroken lover take to ensure he gets the full extent of her wrath?

Speaking to press, including Express.co.uk, earlier this year, executive producer Jon Sen teased a conclusion was on the horizon.

The soap producer explained: “Honey’s relationship with Adam bubbles. She will take action, there is no doubt about it.”

EastEnders continues tonight at 7.30pm on BBC One.