Last night, Bex (played by Jasmine Armfield) was seen lying in the bath and submerged herself, as well as her phone, appearing to lack any care towards her future. Her mother Sonia (Natalie Cassidy) has become concerned for her but is yet to find out the extent of her mental health struggle.

Things look set to get worse for Bex as her move to Oxford looms closer and it seems to be the last thing the teen wants to think about.

In last night’s episode, she appeared to go to great lengths to get out of shopping for university with mum Sonia.

Bex offered to run Martin Fowler’s (James Bye) stall whilst he was away,much to Sonia’s annoyance.

Reminding her that she is going away soon, Sonia snapped: “You haven’t got time to be faffing around on the stall.” 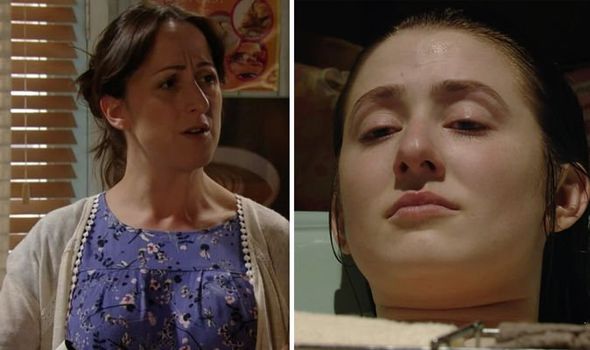 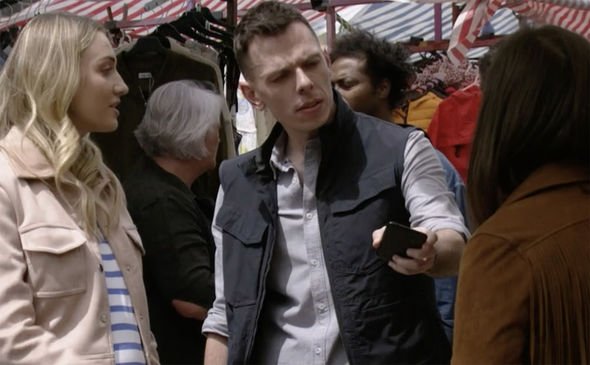 She begged to Sonia to let her help, telling her: “Mum I need the money, it makes perfect sense! I’ve helped out before, I’ve done the odd shift for Kush and dad!” and she reluctantly agreed.

Later on, viewers noticed that Bex’s best friend Louise (Tilly Keeper) seemed to drop warning signs that she had given up caring about her future.

After arranging a reporter to come and speak to her about her life-saving role in the siege, Louise was left confused when she sent him to Sonia instead.

“You didn’t care about your own life at all. Hunter could have killed you and you didn’t back away,” Louise remarked. 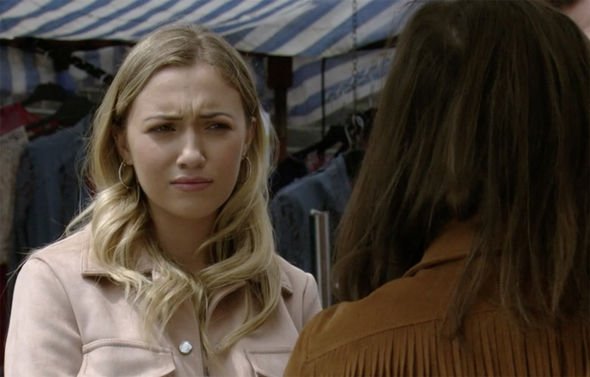 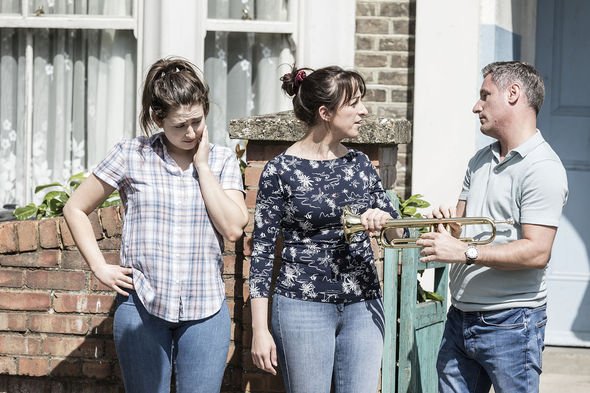 “You could have been seconds from death and you just fronted it out.”

Bex has already worried her family this year, after running away from the Square back in May after a failed attempt to seduce Kush Kazemi (NAME) putting herself in danger.

Fans took to Twitter to express their concern for Bex, and felt that it could be a sign of something much more serious.

“That scene with Bex going underwater in the bath… I feel a suicide coming,” said another concerned viewer.

Others tweeted in support of Bex’s frustration at feeling uncertain about university.

“Can Sonia stop banging on about uni every 5 seconds? God it’s annoying #EastEnders” said one user.

Other’s noticed Bex’s vulnerability, and how her family appeared to lack of understanding about her worries of moving away.

“Sonia understandably wants the best for Bex, but she NEVER actually listens to what Bex wants and what’s important to her. She puts too much pressure on her, it seriously annoys me,” tweeted a third.

“I am seriously worried about Bex’s mental health you can see she isn’t happy about going to uni can’t anyone else see it,” echoed another user.

Speaking to Metro.co.uk last year, Jasmine Armfield spoke in support of her storyline: “Finding the storylines that are relatable and that young kids can relate to is so important,” she said.

“A lot of kids don’t know whether to go to university to to stay home.” she continued. “That is a real struggle, so it is great and I think some kids will definitely find it helpful.”

Viewers will witness Bex get worse as her move to university is imminent, with suggestions that she seemingly is unable to cope and is having second thoughts, but no one to support her.

Sonia will no doubt be devastated when she realises the teen has not had enough support and has been suffering alone.

EastEnders continues tonight at 7:30pm on BBC One