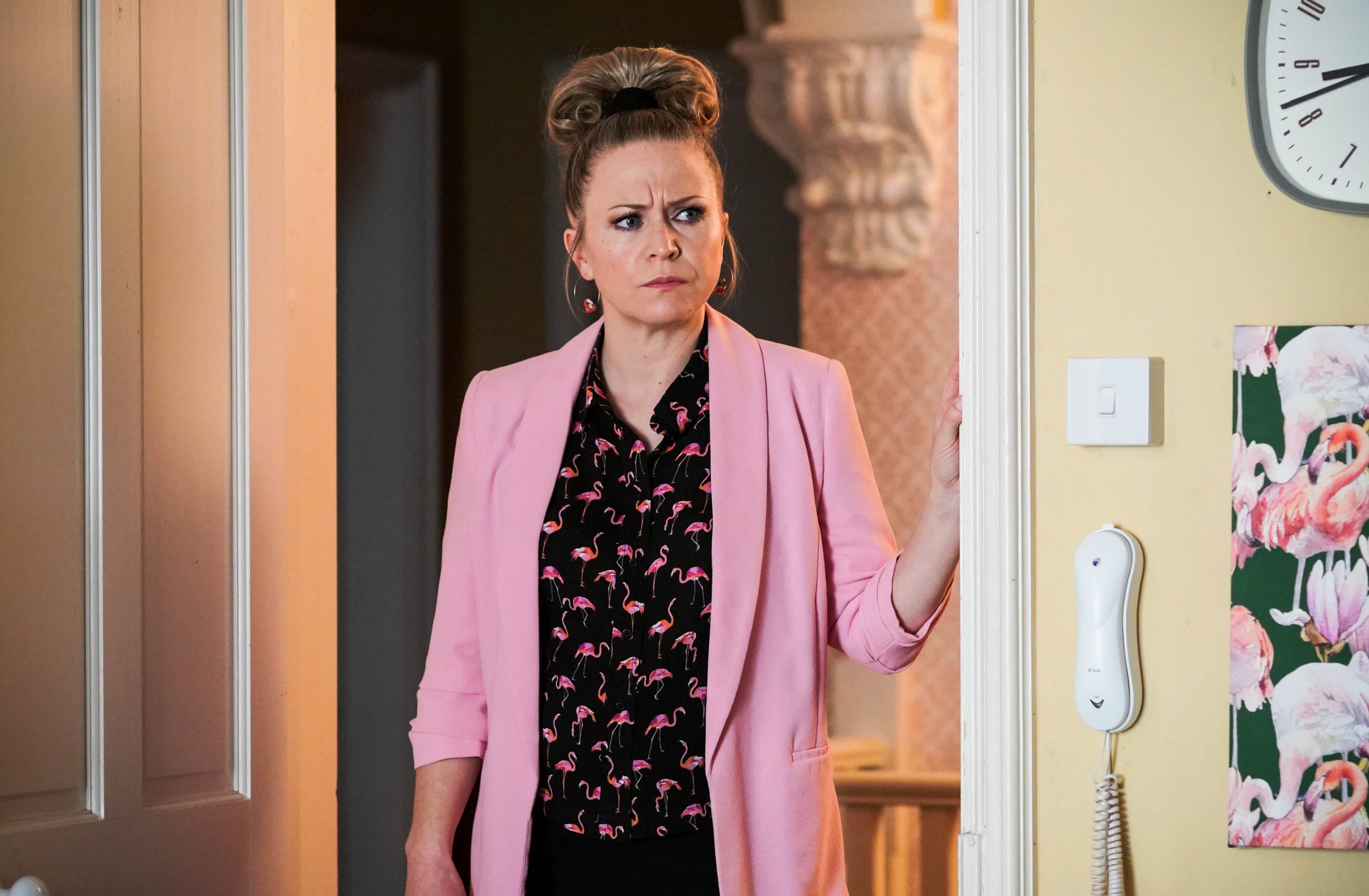 EastEnders star Kellie Bright has given birth to her third child with husband Paul Stocker.

The actress, who portrays Linda Carter on the BBC One soap, announced that she was pregnant in March this year.

Six months later, she and Paul have welcomed their third baby.

‘We’re thrilled to announce the safe arrival of the latest addition to our family. Mum and baby are doing well,’ she told OK! Magazine.

Kellie, 45, previously revealed that she had undergone a frozen embryo transfer.

‘I want to be open and honest about this,’ she said to the publication at the time.‘Because I think it’s important for younger women to understand.

‘It’s important for women to know that, yes, you can have children in your forties and, yes, you can be lucky and do it naturally.

‘But for a lot of us it doesn’t work that way, so I wouldn’t suggest leaving it late by choice.’

The soap star, who is mum to Freddie, 9, and Gene, 4, spoke about her fertility journey.

‘To set the scene, I really struggled getting pregnant with my second child.

‘I was 34 when we naturally conceived Freddy but we couldn’t get pregnant again. We tried for a long time and we got to a point, around the time I was doing Strictly, where we started to investigate IVF.

‘I was 39 by this point and we went for it. It was successful. We managed to get four good, strong embryos. One became Gene, the other three went into the freezer.

‘So this baby inside me now was the last one we had – the last chance of a pregnancy, because at 44 we were not going through IVF again.

‘I believe it was meant to be.

‘I was so shocked and thrilled, I couldn’t believe what I was seeing.’

‘I knew it was my last chance, so the fact it was a positive was so unbelievably wonderful. A truly wonderful, crazy life moment.’

Kellie also hit back at criticism over her having a child at 44, insisting that ‘no one would bat an eye lid’ if she was a man.

‘If I was a man having my third child at 44, no one would bat an eyelid,’ said Kellie. ‘And don’t forget my husband is much younger than me.

‘He’s in his thirties, so he’s still running around after the kids, which is great!’

The star’s pregnancy was written into EastEnders, as her character Linda is currently pregnant with Max Branning’s (Jake Wood) baby, after the two characters had an affair last year.