EASTENDERS legend Sid Owen says he has "pure hate" for his jailed dad who beat him, his mum and his brothers up in drunken rages.

The soap star, 49, has opened up about his troubled past in an exclusive interview with The Sun as he lifts the lid on his cocaine and booze binges and romps with groupies. 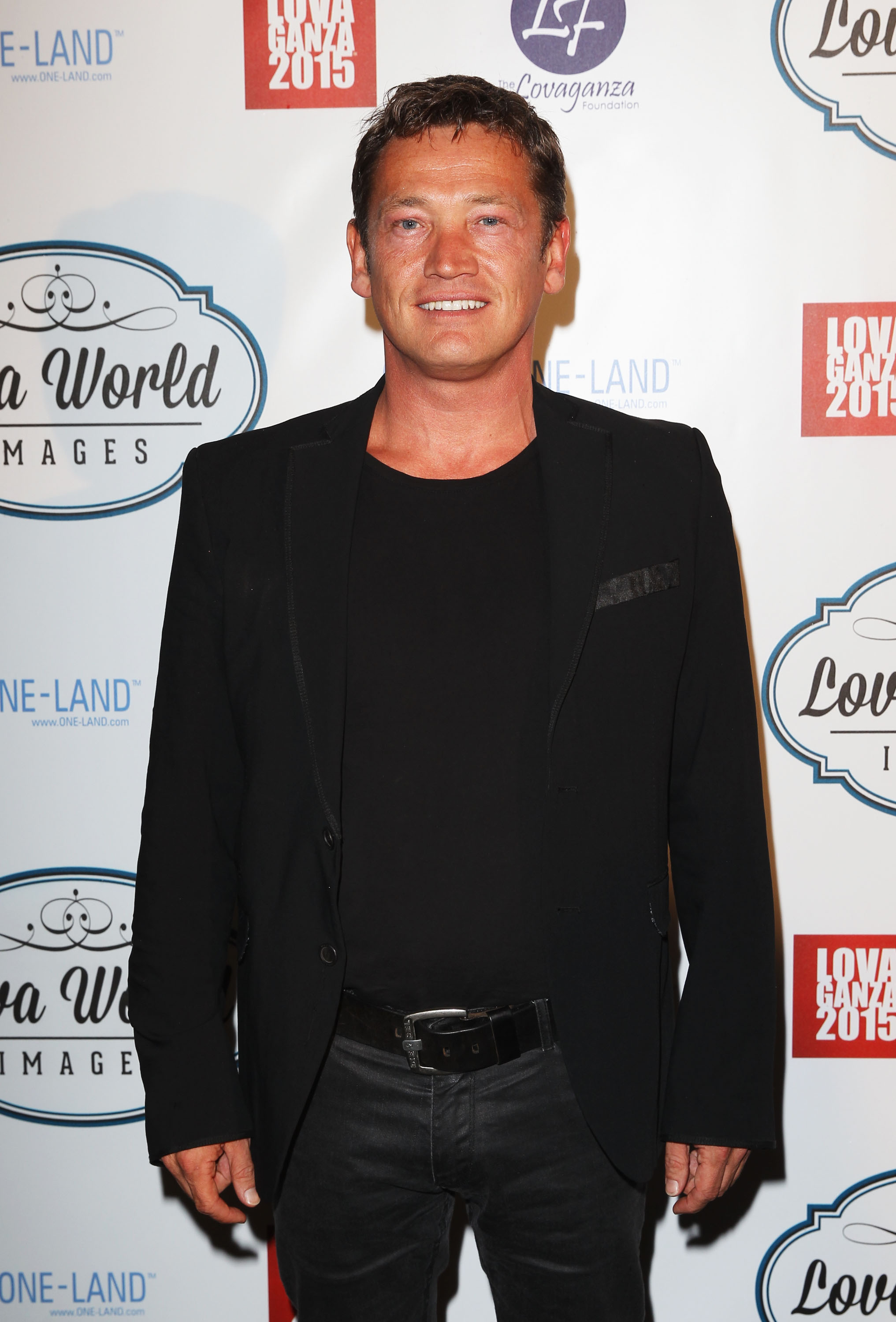 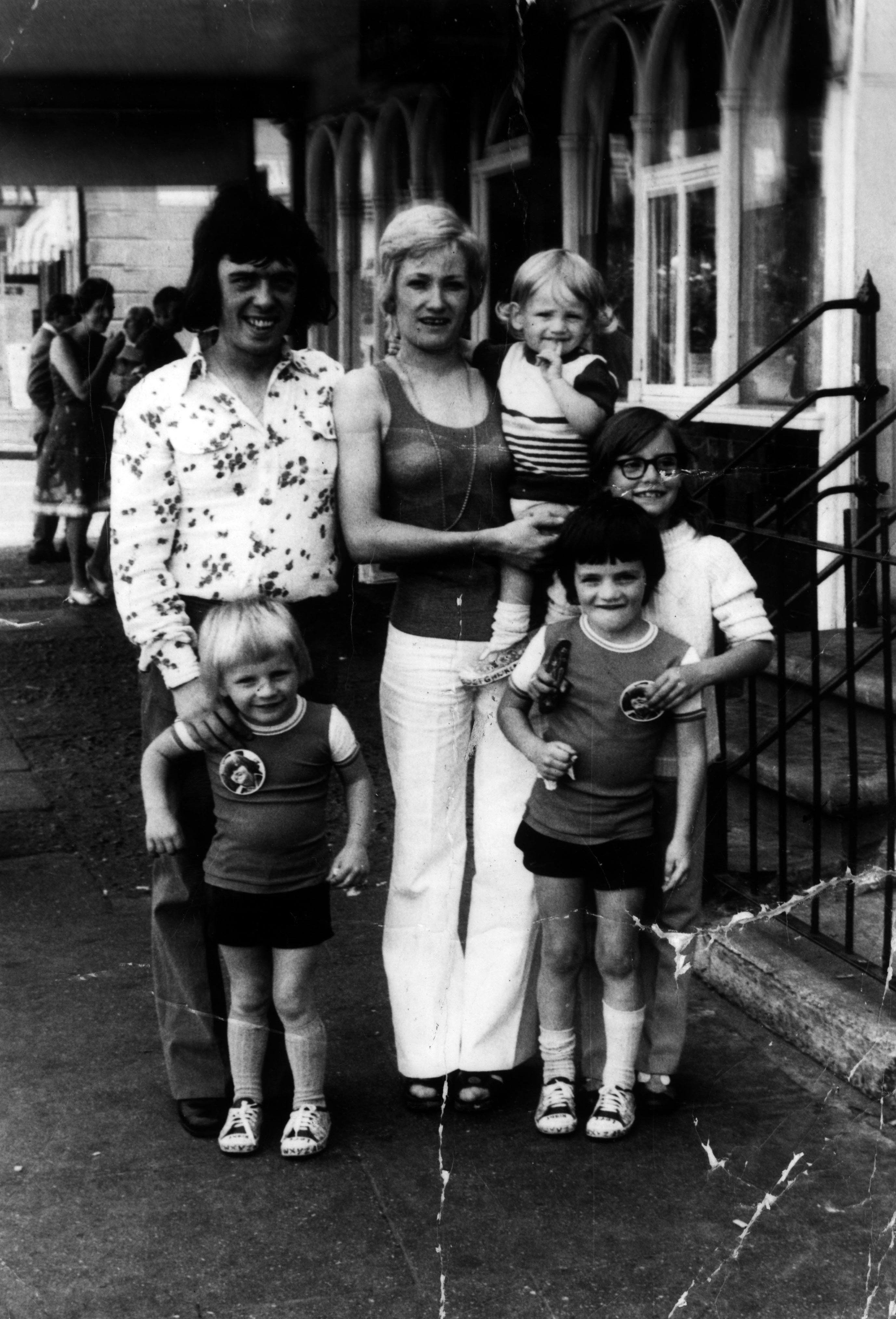 Yet Sid, his crumpled boxer’s face a legacy of hard living, insists of his womanising days: “I’ve no regrets, not even sex in Tesco.”

He added: “Growing up in that environment with no parents and all that, you’re bound to go through mental health issues.

“The only thing that keeps me sane is fitness. And trying to be good to people.”

Sid’s autobiography From Rags to Ricky is serialised in The Sun from Monday.

Born David Sutton on January 12 1972 in then-working-class Islington, North London, Sid was the youngest of four brothers by three different dads. As a chubby youngster, he became known as Steak and Kidney Sidney.

Mum Joan worked in pubs and a bingo hall, while dad, also David but known as Porky, was a violent drunk. Aged five, Sid helped his brothers commit burglaries. Dubbed Spider-Man, he would climb roofs then shimmy through shop skylights and open doors.

Sid also recalled the “ominous” feeling when his dad would return from the pub and beat up his mum and brothers. The actor blocked out much of his dad’s behaviour at the time.

Now, he says: “You just have pure hate for someone like that.”

His dad was eventually jailed for “a heavy duty robbery” and Sid had no contact from the age of six.

When he became an EastEnders regular, Porky contacted him and arranged a meeting.

Sid thinks he just wanted money. He drove to the rendezvous point, glimpsed his dad then sped off.

He said: “I didn’t want anything to do with him.” When Porky died, a relative contacted EastEnders to ask if Sid wanted to go to the funeral. It was a firm “No”.

Mum Joan, 35, died from cervical cancer in November 1979 when Sid was just seven. His extended family thought he was too young to attend the funeral.

It left a little boy consumed by sorrow and seething with anger at being left alone.

Sid says writing the new book has helped him come to terms with his troubled past.

He said of his younger days: “You’re angry with yourself and so frustrated. So you ask, ‘Why me?’ and think, ‘Poor me’. It doesn’t get you anywhere. You’ve got to be strong and think positive.”

Beneath a tough, street kid exterior was a “scared” and “insecure” outsider who craved “affection”.

Sid was brought up by his maternal aunt Carol Sullivan and her husband Michael.

He would wet the bed as he struggled to come to terms with losing his mum.

He led a feral life on the streets, stealing and experimenting with booze and cigs. Aged ten, he was arrested for breaking into a school and given a police warning.

Discovering acting set him on the right path. He said of joining EastEnders in 1988: “I was in awe of the others.

“Nick Berry (Simon Wicks) was the biggest star, the heart-throb. And he lived in Islington as well.

“We became very close, he was like the sensible elder brother that I wanted and needed.”

The star, a soap regular from the age of 16, once admitted snorting up to 20 lines of cocaine a day as his fame soared.

He told The Sun: “It’s recreational then all of a sudden it’s like, ‘Hang on, I’ve got to get through pages of scripts, and then go to work’.

“You think you can do it and get away with it. I thought I could juggle the two, but I soon realised it was a silly idea.”

He once drove to the studios “coked up to my eyeballs and way over the drink-drive limit’’.

Sid beat the drug with professional help after going into rehab, adding: “It worked. Drugs are a life experience that luckily I’ve put behind me.”

Asked if he still drinks alcohol, Sid, who swims and runs up to six days a week, said: “Not really. Not so much now. I’m into my fitness.”

Sid had groupies at his beck and call in his 20s. He dated ex-EastEnders’ pal Nick Berry’s sister Amanda, and later found himself single and playing the field.

He once had sex in a Tesco store’s loo with a girlfriend.

He admits: “There were (women throwing themselves at him).

Drugs are a life experience that luckily I’ve put behind me.

“Amanda kept me on the straight and narrow. But the times I was single, I lapped it up. Every bloke that’s single would do it.

“You do get that sense of insecurity of asking if someone is with me because I’m on TV or famous.

“Then you go through the other side and think, ‘Well, I don’t really give a s*** because I’m having fun — so two can play at that game’.”

Dopey mechanic Ricky wed fiery Bianca Jackson (actress Patsy Palmer) who famously screamed “Rickaay!” on a regular basis. Ricky had three stints in the soap and was last seen in 2012.

EastEnders has given me an incredibly good living and a privileged life. The doors have always been left open.

Their relationship ended after six years in 2012 and she is now wed to footballer Thomas Vermaelen, once of Sid’s favourite team Arsenal.

The actor, who lives near Tower Bridge, has now found love with restaurant worker Victoria.

He said: “We first dated 23 years ago, and have been dating for the last year. It’s the happiest I’ve ever been. I’m finally settling down.”

Sid has been less lucky in other aspects of his life. Last year he was playing golf in Thailand when a ball knocked out six teeth and shattered his jaw.

Sid says he’s not sick of people shouting “Rickaay” at him in the street, and believes he’ll return to the role. 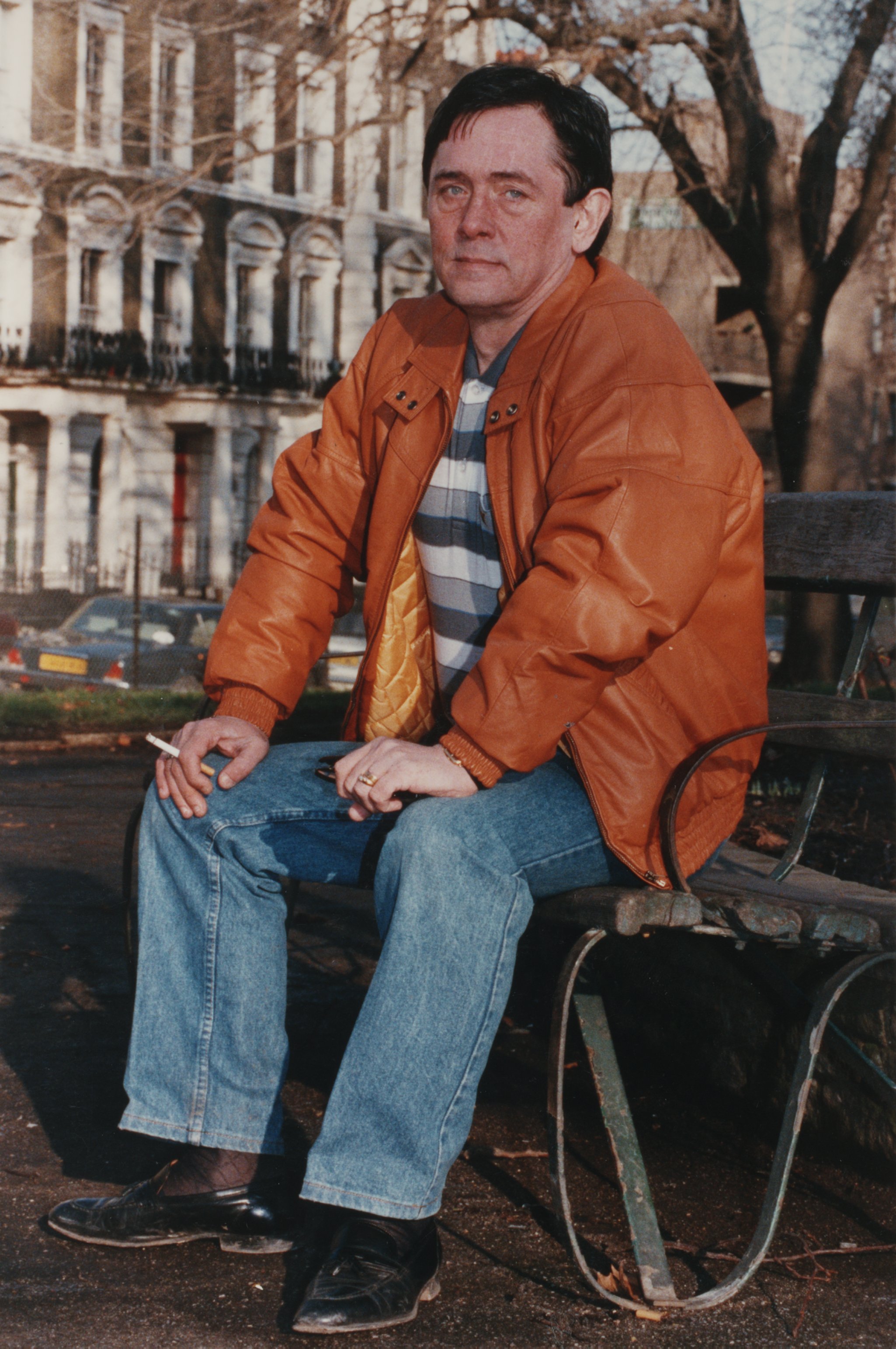 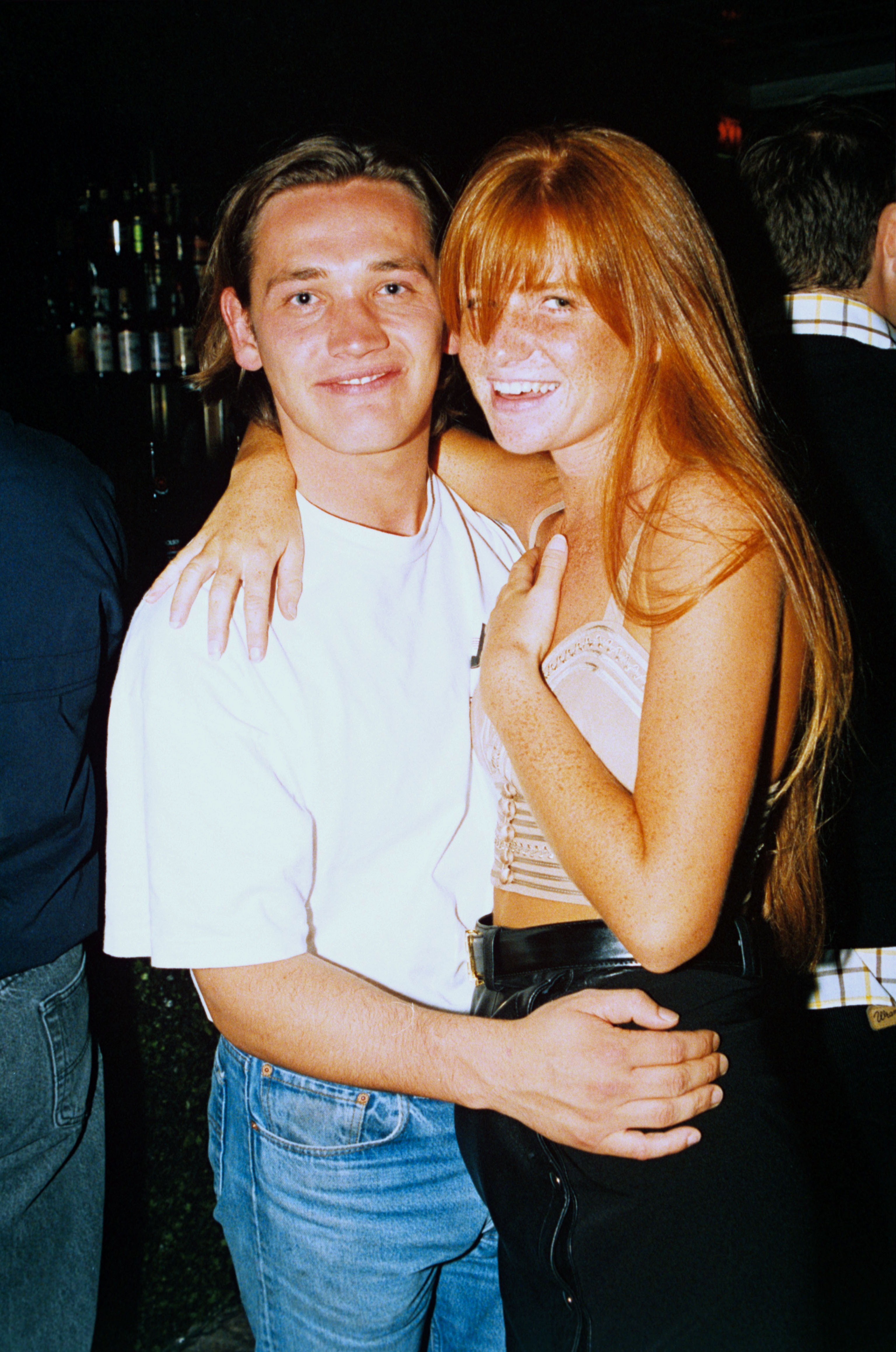 He added: “It’s given me an incredibly good living and a privileged life. The doors have always been left open. So it’s just a matter of time. Who knows when? Until they kill me off! That’s the only time I’m never going back!”

His book is dedicated to Joan and he said: “I remember snippets of mum and try to hold on to the good memories.

“I came from nothing then achieved fame with EastEnders. I wish I could’ve supported mum, bought her a house, taken her on holidays. I wish she was here now.”