Ever since Sam Mitchell (played by Kim Medcalf) returned to Albert Square, she has left a path of destruction in her wake. Whether it is staging a robbery to deceive Kat Slater (Jessie Wallace), or initiating drug deals in Peggy’s, the Mitchell sister has caused a lot of upset. But, the truth is starting to catch up and in a final meeting with Shirley Carter (Linda Henry) – her last move may be the most dramatic yet.

Official spoilers from Albert Square confirm revenge is in the air, involving the Mitchells and Lewis Butler (Aiden O’Callaghan).

However, a more unofficial route is taken, once Sam’s accomplice Zack Hudson (James Farrar) lets her know the situation he’s found Lewis in – the mood changes.

Sam will bid for her escape from Walford, but not before diving into yet more trouble.

Read More: Cleverly slams Madeley for shouting over him in GMB row 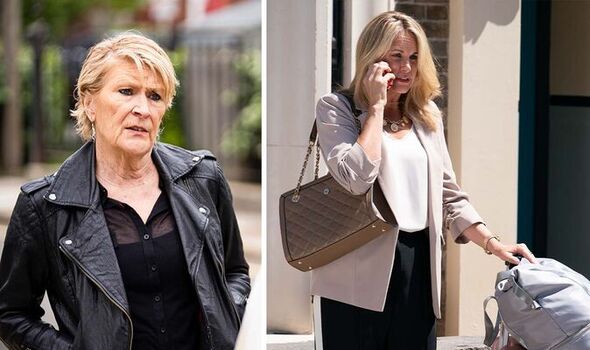 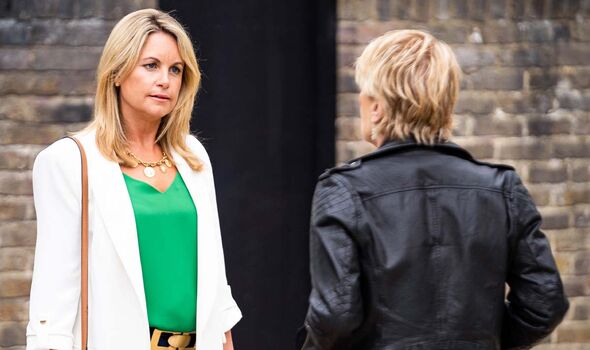 The devious Mitchell sister will attempt to leave the Square with her passport, which is in the family’s safe.

Kat has the code and warily gives it to the Mitchell but will she live to regret her decision?

However, in the safe there are more dangerous items than a passport, which Kat warns Sam not to go near.

But, with the mood the manipulative businesswoman has been in, she opts to take out the gun placed in the lock-up. 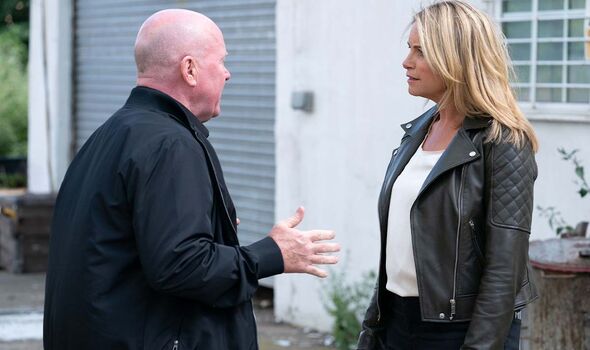 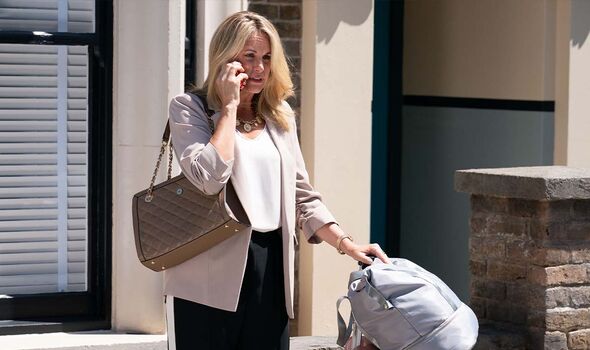 Zack contacts Sam to let her know Lewis is locked up in the boot of a car.

Eager to please her older brother, Sam gets in touch with a furious Phil.

Intent on taking the law into his own hands, Phil has revenge on his mind after Lewis’ sexual assault of his son.

Sam continues to be at the heart of the drama and drives her brother to a warehouse.

Will Phil destroy his chances of staying out of prison by doing something reckless?

After driving her vengeful brother to a warehouse, Sam has Peggy’s in her sights, but not before someone makes a surprise visit.

Shirley arrives just in time to demand her money from Sam, for keeping quiet about her faked robbery scam.

However, under pressure Sam will understandably be in no mood for threats.

EastEnders fans will have noticed her bag contains a firearm in, will she use it to attack the woman who’s blackmailed her?

Or will she make one last, fatal error of judgement and pull the trigger?

Perhaps the weapon will be enough to ward off Shirley, before she finally escapes Walford, with a trail of destruction behind her.

The way her return has gone so far, it certainly will not be a quiet conclusion.

EastEnders airs on BBC One from Monday to Thursday at 7.30pm