EastEnders: Frankie Lewis knocks down Nancy with her car

Monday night’s EastEnders ended on a dramatic cliffhanger after Nancy Carter (played by Maddy Hill) got run over by her own half-sister Frankie Lewis (Rose Ayling-Ellis) – leaving her for dead. The incident unfolded when Zack Hudson (James Farrar) took Frankie out for a driving lesson as a favour for Mick (Danny Dyer). However, as they were driving back to Walford, Frankie got distracted and hit something. Little does she know it was her own sister. Will Zack take the fall for Frankie when they realise it was Nancy?

In scenes that aired on Monday night, Nancy told Mick and Linda (Kellie Bright) that she is officially divorced.

Nancy broke the news to everyone in her family except for Frankie who was left questioning what was wrong with her.

Mick, who seemed preoccupied then let Frankie down after he promised her a driving lesson.

However, he soon roped in Zack to help him out after persuading him with a few free pints at the Queen Vic. 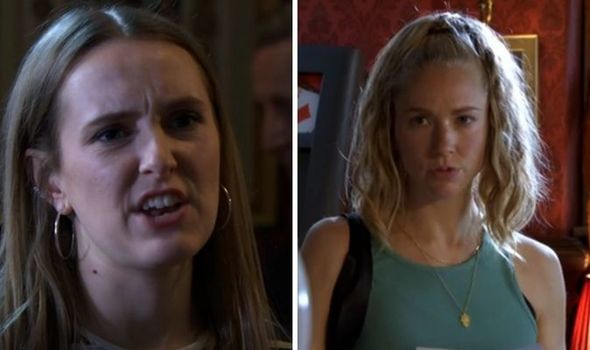 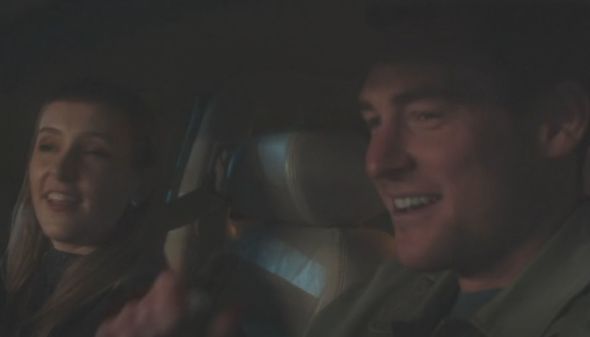 Since Nancy had declined Zack’s romantic advances, he appeared to be pleased to spend some time with Frankie.

“What’s Nancy’s problem?” Zack asked Frankie, as she angrily replied: “Don’t ask me. Nobody tells me anything around here.”

Before their driving lesson, Zack lets slip to his sister, Sharon (Letitia Dean) that he is actually making Frankie drive to one of his favourite pubs.

“Does she know that is the plan?” Sharon quizzed as Frankie approached them. 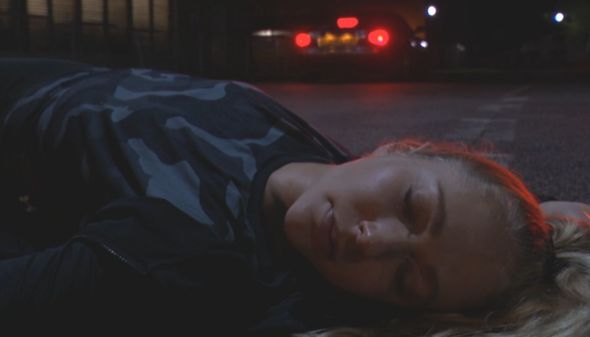 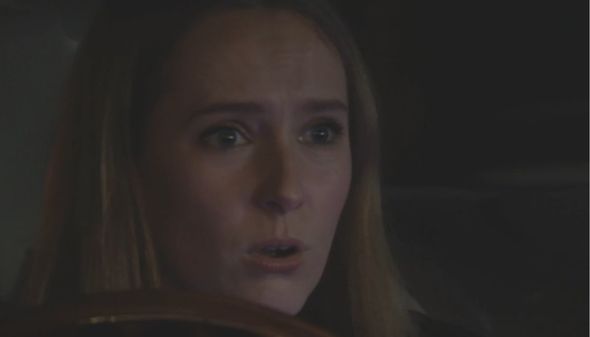 She continued: “So when you say driving lesson, you mean date?”

“I wouldn’t say no,” Zack replied as Sharon asked: “I thought it was Nancy you were interested in?”

Elsewhere, Nancy and her mum, Linda had a heart to heart in the gym.

Nancy opened up to her mum about her marriage breakdown as she admitted she thought it would last forever.

Meanwhile, Frankie is driving Zack back to the Square when she confessed: “I’ve never driven in the dark before.”

“Now you tell me,” he joked as she continued: “I can’t believe you used me as a taxi so you could get hammered.”

“You enjoyed yourself, didn’t you?” Zack asked as he attempted to demonstrate some sign language he had learned.

As Frankie showed him how to sign properly, she took her eyes off the road and then before they knew it, they hit Nancy.

“What was that?” a shocked Frankie asked before viewers saw a lifeless Nancy lying on the road.

After the cliffhanger, viewers took to social media to express their shock at Frankie knocking over her half-sister.

Another tweeted: “Of all the people Frankie could hit & run, it had to be Nancy.”

A third commented: “Oh dear, wonder if that’s the end of Nancy?”

“Frankie ran over Nancy omg,” a fourth wrote as another said: “NO. They hit Nancy. What the hell. Is she dead?”

EastEnders is available to watch on BBC iPlayer.