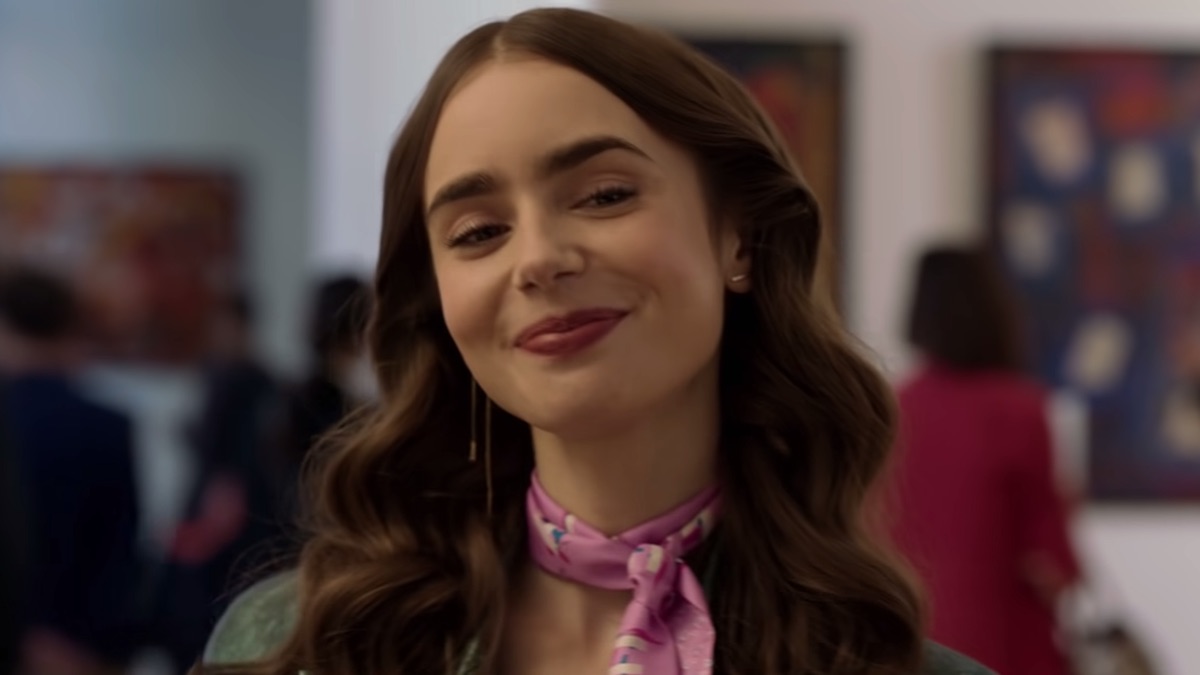 Emily in Paris premiered four days ago on October 2 on Netflix.

Not only are worldwide fans especially keen on the new series from Darren Star and MTV Studios and starring Lily Collins, but they are already hoping for more.

Enter the cry for Emily in Paris Season 2.

Indeed, admirers are not above pleading for another dose of the series.

Not only that, but these rabid fans want to know when and if this will happen. After all, the first season only consists of a scant 10 episodes.

Why is Emily in Paris such a hot commodity?

Before answering those burning questions, let’s look at why the comedy-drama about a trendy twenty-something who relocates from Chicago to the City of Light for work is so sought-after.

One reason is that the show provides a fresh dose of light fare, allowing viewers all over the globe an instant respite from the ongoing pandemic.

Americans are particularly keen on Emily in Paris because visiting France is not currently an option due to COVID-19. So, many U.S. residents relish taking in Paris’ memorable scenery and venerable landmarks any way they can.

In fact, the Eiffel Tower appears on the show so often that the famous monument should probably get a co-starring credit when and if Season 2 of the series does come to pass.

Whatever the reason for watching, the newest Netflix show created by the visionary behind Sex and The City, Younger, and Beverly Hills 90210 has suddenly become the latest talking point on social media.

As proof, on October 6, British Glamour shared a headline on Twitter that states, “everyone’s obsessed with Emily in Paris.”

Who is trash-talking Emily in Paris?

No doubt, Emily in Paris has become extremely popular, especially on the American side of the Atlantic. On the European side of the same sea, many French viewers are also said to be tuning in to Star’s fresh series — some for very dubious reasons.

In fact, certain Parisians and other French nationals are reportedly trash-talking the series while still watching every episode.

According to The Hollywood Reporter, some believe the show conveys a strong slight to their storied city and culture.

“…[Emily in Paris] has been roundly criticized, mocked, and dismissed for perpetuating stereotypes of the French, glorifying an unrealistic theme park version of Paris and absurdist plotlines,” claims the source.

“…viewers [are] both loving and hate-watching a show stuffed to the gills with chic clothes, glamorous locations, and incredibly attractive stars,” the publication stresses.

What are the Emily in Paris Season 2 details?

So when is Emily in Paris set to return for Season 2?

Not only is that date not available, but there is no guarantee the show will even come back again to Netflix or any other platform.

Still, fans should not lose hope. After all, Star has already been envisioning Emily’s future, according to Oprah Magazine’s site, which quotes the series’ creator.

“In season 2, [Emily is] going to be more of a part of the fabric of the world she’s living in. She’ll be more of a resident of the city,” Star said.

“She’ll have her feet on the ground a little more. She’s making a life there,” he added.

Based on the show’s popularity, it seems Emily in Paris Season 2 is inevitable, with a 2021 release possible.

Netflix has yet to announce Emily in Paris Season 2. Season 1 is currently streaming on Netflix.