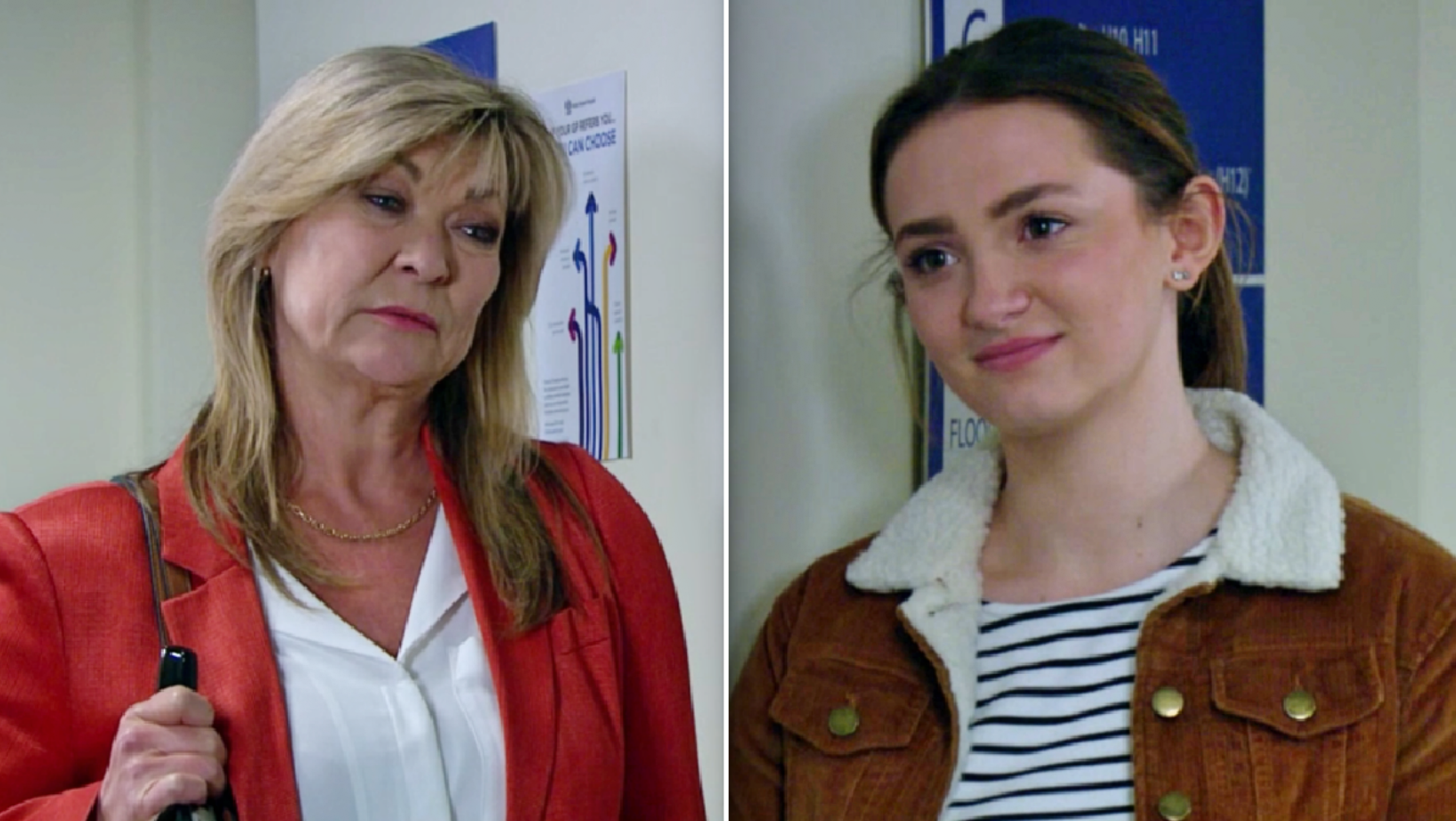 The character went for a scan during tonight’s episode, asking stalwart Kim Tate (Claire King) to accompany her, after mum Bernice Blackstock (Samantha Giles) failed to show up.

At the hospital, Gabby was on cloud nine, as she and Kim discussed their alliance, before ultimately deciding to keep the gender of the baby a secret for from everyone else.

Gabby’s motive for doing so, however, was to punish Bernice for seemingly letting her down once more.

‘When you say you don’t want to tell people,’ said Kim, ‘what you really mean is that you want to punish your mum!

Of course, Gabby didn’t know that the reason Bernice never showed up to the scan was because she had discovered Leanna Cavanagh’s (Mimi Slinger) body.

Kim, however, was adamant that she would support Gabby no matter what.

‘I won’t let you down, I promise. And, I get the sense that we can be straight with each other.

‘And you know what? Keeping his gender secret from everyone else is growing on me!

Gabby smirked, commenting that Kim was evidently enjoying the fact that she knows something that others do not!

‘It gives you an edge in life!,’ confirmed the legend, before reiterating that what happens next is Gabby’s call.

And with that, viewers knew that Gabby, and therefore Jamie (Alexander Lincoln), are having a boy.