Cain (played by Jeff Hordley) remains one of the longest-running characters on Emmerdale, and viewers adore his relationship with Scottish firecracker Moira Dingle (Natalie J. Robb).

Unfortunately the pair have been struggling to connect in recent weeks on the ITV soap and the lies started piling up between them after Victoria Sugden (Isabel Hodgins) confided in Moira over her rape in the Big Night Out episodes.

Moira eventually told Cain the truth, but their fragile trust was tested again this week when Amy (Natalie Ann Jamieson) let nine-year-old Kyle out of her sight at the park.

Terrified, Amy roped Nate in to help her find the youngster, who had wandered into the garage and breathed in fumes from a broken exhaust pipe.

Moira rushed to help and the group took the little boy to the hospital, where he was eventually cleared with good health.

But Amy, worried her tenuous truce with Cain would be tested if he found out what happened, begged Moira to keep the incident secret.

Moira was nervous about Cain’s reaction in the end, but agreed to help Amy keep her son in her life, until tonight saw the mechanic discover the truth after an unexpected phone call from Kyle’s school.

Confronting the lying trio about what happened, Cain was raging as Moira sighed: “I knew this was gonna happen, I’m sorry. It’s a long story, but the main thing is that Kyle’s alright.”

“You lied Moira,” he spat back. “He could have died. He went to A&E and neither of you bothered to tell me. Cannot wait to hear this one.”

Despite Moira’s attempts to calm things down with her husband, the tension only continued to build and when Nate stepped in, it was clear battle lines have been drawn. 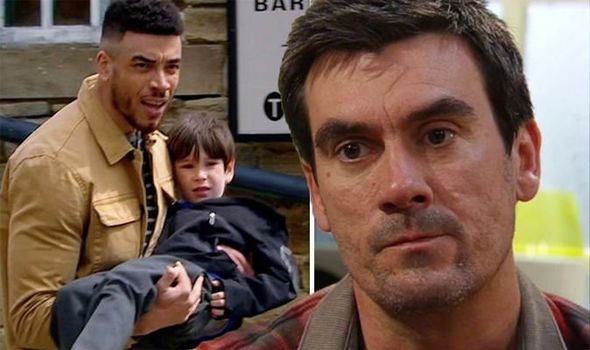 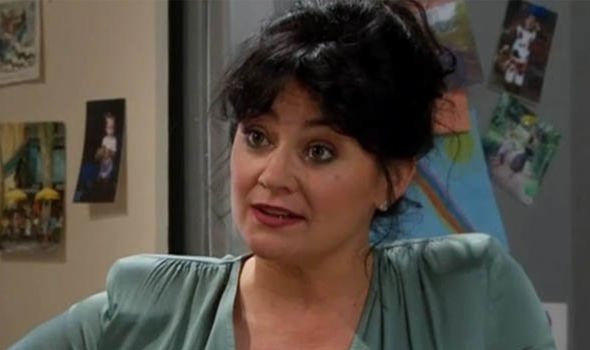 That how you like it is it? Keeping your women too frightened to talk back?

Cain is rarely called out on his behaviour on the ITV soap, but it’s clear Nate isn’t scared of the notorious character.

Are the pair set to become serious enemies going forward?

Angry with Moira’s excuses, Cain raged: “I’m meant to be thankful, am I? He was meant to be with you but you palmed him off on her! You lied to me, you forced my son to lie to me.”

“Yeah because I knew you’d lose it if you found out!” Moira cried.

“Don’t listen much do you Cain?” Nate said in a low voice, as Cain was left taken-aback by his employee’s brazen response.

“That how you like it is it? Keeping your women too frightened to talk back?” Nate continued to goad, and Cain warned him not to continue with this path. 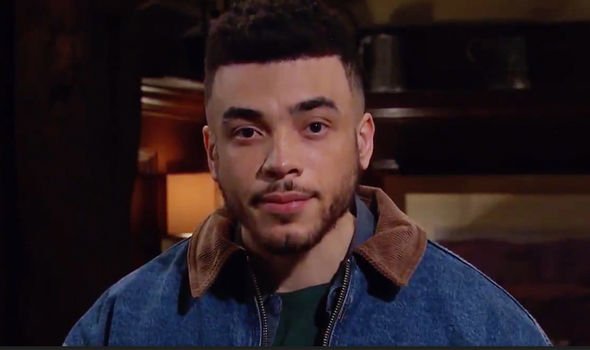 “Slept with her when she was how old, 16? You told her to have an abortion,” Nate went on, and Cain ordered him and Amy to leave the house.

Devastated, Amy begged Cain not to stop her seeing Kyle, and used the fact he’s “lost so much already” in the hope she could appeal to the character’s sensibilities, but he was much too angry.

“He’s already got one [a mum], Moira,” Cain declared, and Moira was mortified.

Moira tried to explain further but Cain simply warned her not to give him any more excuses. Are things set to explode between the group on tomorrow night’s double bill?

Emmerdale continues tomorrow at 7pm and 8pm on ITV.