Emmerdale viewers were heartbroken when Vanessa Woodfield (played by Michelle Hardwick) was diagnosed with stage three bowel cancer, but no one was more upset than fiancé Charity Dingle (Emma Atkins). And if considering a future without the love of your life wasn’t devastating enough, in recent scenes Vanessa started making legal arrangements for the care of her son Johnny should she not survive cancer. Utterly furious she hadn’t been considered to become the little boy’s legal guardian, Charity created a rift in their relationship, but this evening after having a thorough conversation, the situation changed and they announced Charity was to adopt Johnny. But what if the Woolpack landlady’s past will thwart her chances of that happening?

For the past few weeks, villagers have been able to cut the tension between Charity and Vanessa with a knife.

Refusing to participate in any family activities, and asking very little about Vanessa’s chemotherapy progress, Charity has kept her distance.

It is all because she felt offended that Vanessa had never asked her if she would like to be Johnny’s legal guardian.

Vanessa turned to friend Rhona Goskirk (Zoe Henry) and asked if she would be willing to take on the responsibility of another small child should the treatment not work. 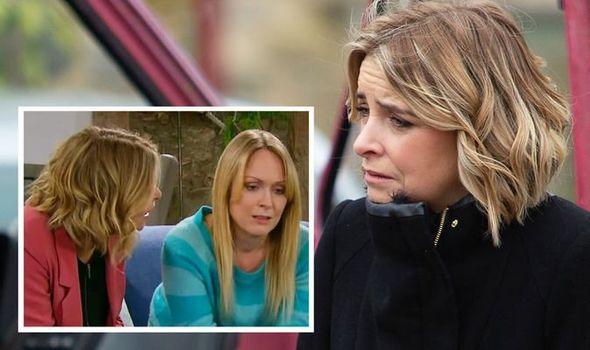 In recent scenes, the two best friends embarked on legal appointments to get the ball rolling, and Charity’s frustration just grew.

During tonight’s episode, Rhona asked to speak with Charity and air their differences, but a big row ensued and finally Charity revealed the real reason she had a problem with Rhona taking on Johnny.

After Charity had a heart to heart with Vanessa, Rhona decided the best thing for everyone was for Johnny to stay in the family if possible.

After making up with one another, Vanessa and Charity met with the lawyer. 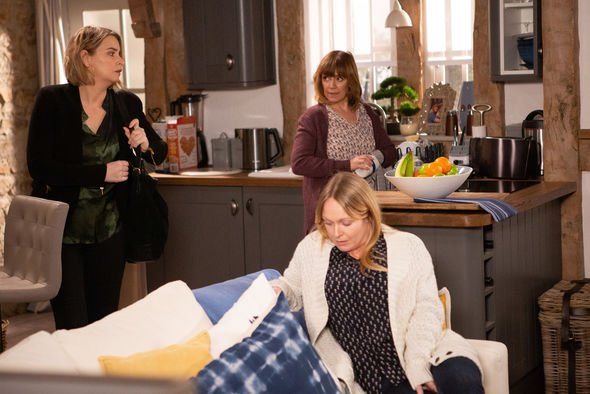 “How was it?” Tracy Metcalfe (Amy Walsh) asked when they returned home.

“It was ok thanks. I am glad to be back,” Vanessa said instantly plonking herself on the sofa.

“I bet you are. Well you can get your pjs on and chill on the sofa for the rest of the day now can’t you,” Tracy continued and looked at her sister-in-law suspiciously: “You alright Charity?” 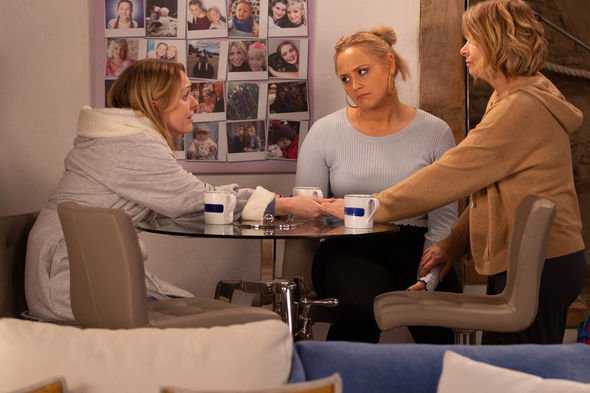 “Can we tell her please?” Charity begged her girlfriend and then revealed: “We’ve got some news. Vanessa’s asked me to adopt Johnny!”

But the moment was ruined when Vanessa remarked: “I think I’m going to puke,” and ran upstairs in search of the toilet.

However, what is the likelihood of Charity being able to adopt Johnny?

Emmerdale viewers know she has not always operated on the right side of the law, and she has on several times had run-ins with social services when it comes to looking after her own children. 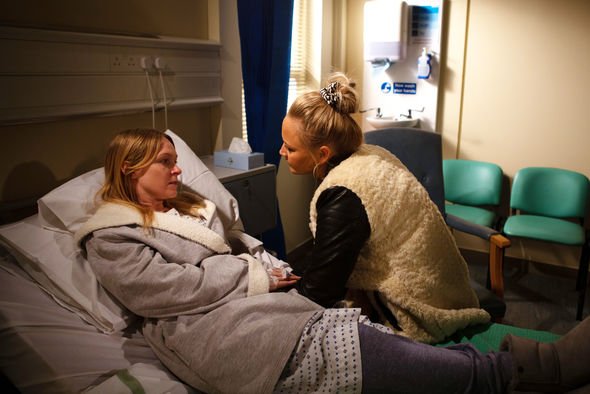 To add to this, the Dingle’s past will definitely be delved into, and they are always caught up in some criminal enterprise or another – just take Charity’s ex Cain Dingle (Jeff Hordley) for example.

Therefore, while Charity could more than cope with looking after Johnny, her criminal past may hinder this from happening legally.

Perhaps Vanessa’s sister Tracy would be a better alternative?

Emmerdale airs Monday, Wednesday and Fridays at 7pm on ITV.