It comes after the kiss she shared with Bear Wolf (Joshua Richards) while Eric was in hopsital recovering from the car accident caused by Megan Macey (Gaynor Faye) came to his attention.

Utterly devastated she had not only cheated, but kept it a secret and then tried to lie saying it didn’t happen, Eric had had enough and decided to end their relationship.

However, in later scenes, it seems Faith revealed she has a plan up she has up her sleeve to win back her man.

Walking into David’s shop, Faith had come to give him back a shirt that had got mixed in with her own clothes when she overheard Eric calling her nasty names.

“Never mind the shirt, what about the door keys? Or do I have to get the locksmith in?” Eric hit back.

“Oh you can have your keys, but you’ll hear me out first,” Faith challenged. “If nothing else, it’ll save you money on the locksmith!”

Changing tact, Faith approached him softly: “I know you’re a proud man and what I did was not great, but it was one stupid kiss, a moment of madness! I barely even kissed him back. I just didn’t not kiss him quickly enough.”

While Eric remained unconvinced, Faith continued: “We’ve got something good here Eric! You mean a lot to me and contrary to popular belief, I am not some money grabbing sucker bus!

“You’ve made me very happy and I hope I’ve made you happy too! Let’s not throw it all away over nothing.” 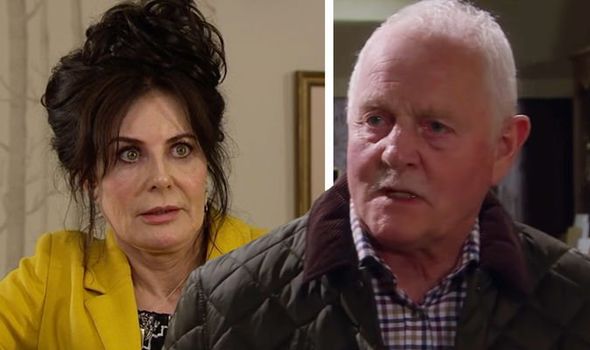 After hearing her out, Eric replied: “I don’t trust you anymore. I’m too long in the tooth, I have too much self-respect to brush it under the carpet – whatever we had, you’ve broken it.”

“But together, we are beautiful and I am not going to let you throw this all away because of your stupid male pride, ” Faith blubbed. “So you can keep your keys, for now. But this, isn’t over.”

Later on, Faith visited the Woolpack where her daughter Chas Dingle (Lucy Pargeter) asked her what she was up to.

“He still took the keys?” the landlady asked slightly confused as Faith replied: “Oh, it’s just a gesture that’s all. Let him have his moment. 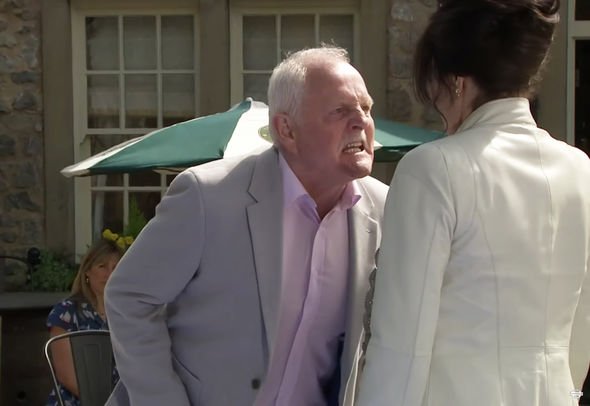 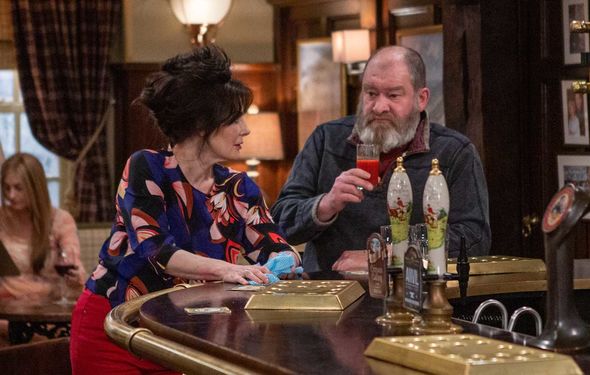 You’ve made me very happy.

Will Faith do everything she can to get Eric back?

Elsewhere in the village, there is the possibility Victoria Sugden (Isabel Hogins) could leave with brother Robert Sugden (Ryan Hawley).

Following a face to face with Lee Posner (Kris Moochrie) earlier in the episode, the whole situation could become too much for her to cope with.


With her rapist knowing exactly where she lives, there is a chance he could return.

But if she didn’t live in the Dales, she could start her life afresh meaning safety for her and her baby.