Emmerdale: Dan Spencer chats to Bob Hope in the kitchen

Emmerdale fans were baffled when Dan Spencer (played by Liam Fox) appeared in a scene with Bob Hope (Tony Audenshaw) during tonight’s episode. The mechanic was struck down by an epileptic fit which resulted in a spinal injury early last year, so much so, he ended up being wheelchair-bound after he had a difficult operation. Following that, Dan was seen having regular physiotherapy sessions, but they seem to have stopped and he has since made a miraculous recovery and is able to walk around freely.

It came when Dan popped round to Bob and Wendy Posner’s (Susan Cookson) to pick up the keys for Wendy’s car after Bob mentioned it was playing up.

He was seen standing at the kitchen counter sipping a cup of tea while chatting to his best mate.

“Didn’t think you would be around so quick! I only mentioned the car yesterday,” Bob remarked and Dan explained: “Thought I’d crack on, drop the keys off later.”

“Well, don’t be too late with you? Me and Wendy have got the place to ourselves. I’m going to cook her a nice meal,” the cafe worker commented. 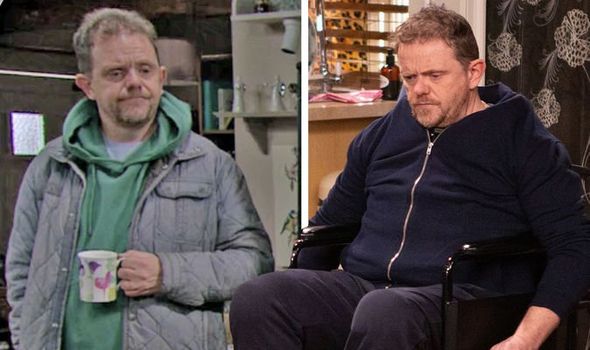 Viewers saw Bob mutter: “Doubt it’s what you think,” and Dan caught it too: “What do you mean?”

“Me and Wend, we… we don’t… you know. Well, we don’t do that stuff,” Bob revealed sitting down on the sofa.

“How long have you two been together?” The mechanic asked and Bob said: “Start of last summer.”

His friend went onto say: “And still no horizontal shuffle?”

Bob explained he was “used to the idea now” but Dan thought it was “weird”, suggesting Wendy perhaps didn’t see Bob in a romantic light. 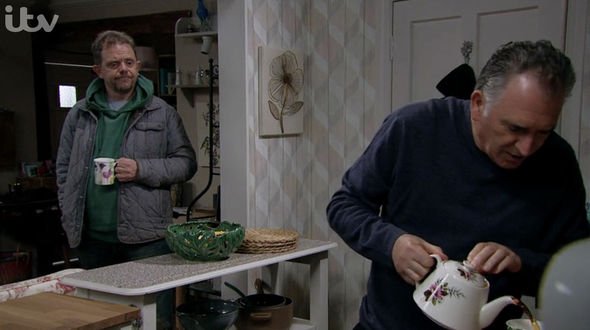 “She enjoys a kiss and a cuddle, it just never goes any further,” Bob defended and when Dan suggested he make a move, he continued: “I don’t want her thinking I’m pushing.”

“Maybe she’s just waiting for you to make a move on her. Try it, later on, give her a bit of the Roberto magic. If you’re still got it that is!” Dan said.

Those watching at home were confused to see Dan standing and walking as well as he did before the incident. 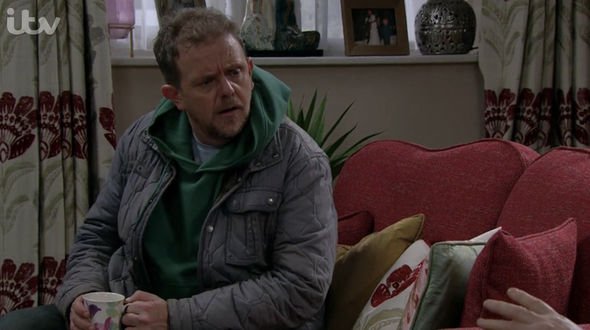 “So he can walk now? #Emmerdale,” someone else asked and a third commented: “Dan fit enough to run the London marathon now then, lockdown as done him well.  #emmerdale.”

“So Paul dead let’s go back to Dan’s left over story. #Emmerdale,” a fan wrote.

Meanwhile, another questioned: “How long’s dan been walking #emmerdale.”

“Since when did Dan recover? #Emmerdale,” someone else chimed.