Days after the incident the Take A Vow businesswoman finally owned up to using her mobile phone whilst driving, thus causing the incident by being distracted.

After feeling riddled with guilt, she finally took herself to the police station and confessed.

With the charges still standing, Megan was forced to seek legal advice, and at a cost she cannot afford.

But tonight, Graham Foster (Andrew Scarborough) made an unexpected move and offered to help her out financially.

Sitting in the pub and drowning her sorrows after being turned down by Kim Tate (Claire King), Graham seized the opportunity to speak to Megan.

“If you’ve come to have another go…” She suggested by he defended: “I’ve come to apologise and to say I’ll pay for your legal fees, whatever the cost.”

Shocked by the offer, Megan replied: “What? No, I’m sorry you can’t.”

But the businessman continued and said: “Megan you rescued me remember? We can call it quits. But we have to keep this between the two of us, understand? I’ll be in touch.”

And with that he returned to his table and Kim came back from the toilet unaware of their exchange. 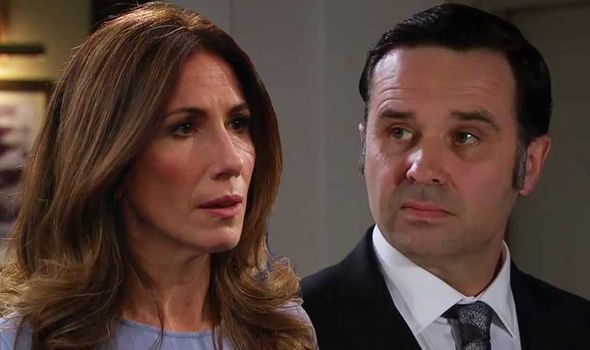 However, what did Graham mean when he said they should keep the offer between themselves?

Viewers saw how angry and upset Kim was with Megan after she let the village believe it was her son Jamie Tate (Alexander Lincoln) who was responsible for the crash.

And Megan attempted to bridge the gap by offering to go into business together and let Take A Vow host all their events at Home Farm, but Kim was not keen and instead, threw her out.

When Kim finds out about Graham’s plan, she is going to be furious, should Megan be worried?

Elsewhere in the Dales, the Dingle’s are making the preparations for Lisa Dingle’s (Jane Cox) funeral. 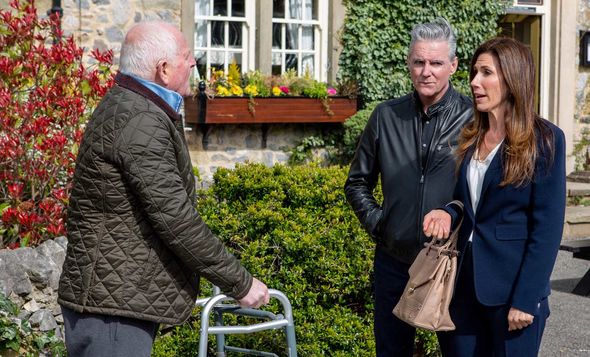 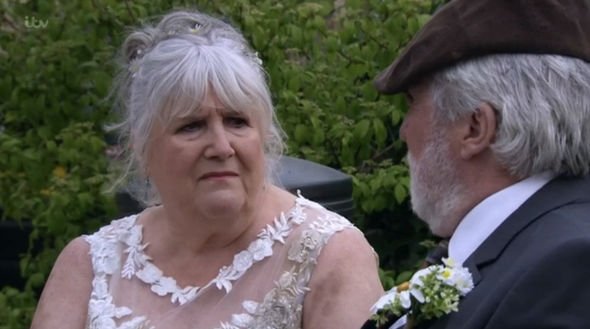 During a very sad scene last week, the matriarch passed away, leaving her family devastated at the sudden loss.

One person who is particularly struggling is Sam Dingle (James Hooton).

He had a sudden outburst of anger in the pub last night when he found family members toasting his late step-mother.

And tonight, he stormed out of Wishing Well Cottage frustrated with the swiftness of the funeral plans.

Is this the start of a downward spiral for the farmer?