Emmerdale resident Harriet Finch (played by Katherine Dow Blyton) has gone down a darker path in recent weeks after becoming involved in the killing of DI Malone (Mark Womack), who she had been conducting an affair with behind fiancé Will Taylor’s (Dean Andrews) back. However, as the police’s suspicions continue over the family, it looks as though Harriet could end up making a swift exit after Cain Dingle (Jeff Hordley) dropped some news regarding Malone this evening.

BREXIT BULLETIN: Sign up for our special edition newsletter with exclusive insight from this week’s crunch talks

Harriet and Dawn (Olivia Bromley) became embroiled in the murder of Malone last month after he threatened the latter’s life.

However, when Dawn shot Malone in self-defence, it didn’t take long before the women had to take drastic action.

This led to Harriet’s decision to bury Malone’s body in the church graveyard.

But as the reality of the crime has started to set in, Dawn and Harriet have both started to panic over their future.

Tonight’s episode saw Dawn finally reveal the truth to her father after he started to become convinced he was seeing Malone in the village. 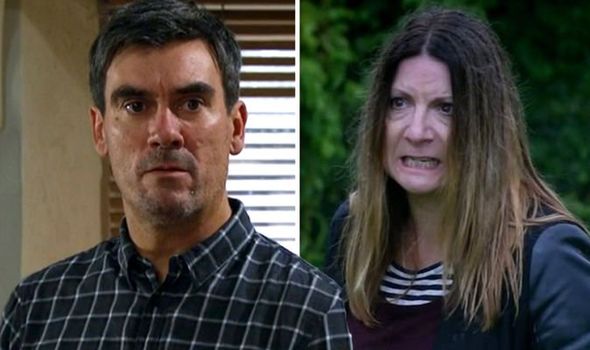 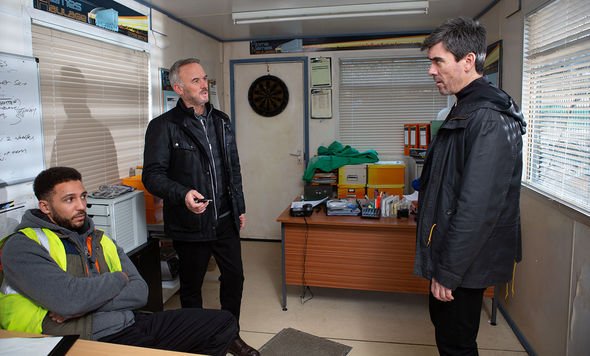 Elsewhere, Harriet was seen speaking to former partner Cain, who she decided to open up further about the ordeal Malone put the family through.

Despite not revealing his fate, it looks as though Harriet could now be making an escape after it was hinted by Cain people are hunting for the dodgy DI.

Cain explained to Harriet how the disgraced copper owed large amounts of money and had not been to pay up.

The bad boy of the Dales asked Harriet how things with Malone had got so out of control, still not realising what the latter had done. 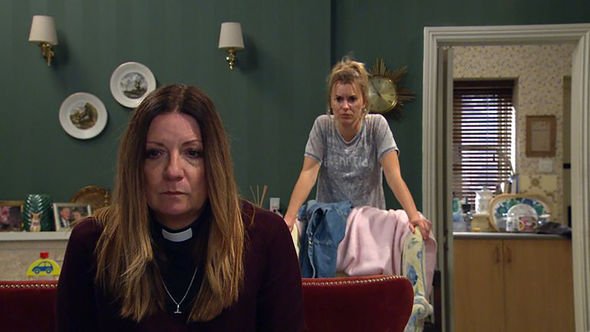 The vicar replied: “While you were away, Dawn reported him and it all went wrong.

“Will was questioned, landed Billy in it. Will started losing it again, you know how it goes,” before Cain joked he was glad his name wasn’t mentioned.

After brushing off the comment, the pair spoke about Cain’s estranged wife Moira Barton’s (Natalie J Robb) injuries sustained from a hit-and-run.

Cain explained he originally thought Malone had something to do with the incident but something had changed his mind.

He told Harriet of his suspicions of Malone: “Normally I would but rumours I’ve been hearing recently.”

She probed him on what he’d heard, to which he said: “People he owed, people who owed him, Malone’s never collected the money or paid up.

“That’s just not like him, not talking a few quid here, talking a lot of money, he’s just disappeared,” but Harriet replied: “As you said, they’re just rumours.”

Cain noted: “No, these are reliable sources, even the police have got no trace of him anywhere… no nothing,” before warning Harriet she probably wouldn’t be seeing him again.

Later on, Harriet seemed to strongly hint she could be heading for an exit, after this previous confrontation, before bumping into Cain again.

She said: “Still don’t know if I can face going home,” Cain told her: “So don’t, let them manage without you for a change.”

Could Cain’s words end up getting through to Harriet and lead to her to depart the Dales as the tensions in the family worsen?

Emmerdale airs Mondays, Wednesdays and Fridays at 7pm on ITV.