Ever since father-of-one Robert (played by Ryan Hawley) discovered his beloved little sister Victoria (Isabel Hodgins) was raped on Emmerdale, the protective character has been struggling to accept his sibling’s choices.

At first, Robert was in so much shock his misguided grief translated into blaming Victoria over Lee’s terrible abuse.

Aaron Dingle (Danny Miller) quickly knocked some sense into his husband and Robert took chef Victoria away from the village in the hope she could start to move on from her unimaginable trauma.

Just before the duo left however, Victoria discovered she was pregnant with Lee’s baby, and on their return, she’d decided she was going to keep it.

Victoria attempted to explain her reasons to her hot-headed brother, insisting she wanted something positive to come out of her ordeal, but sadly Robert was too angry.

After various arguments which saw Robert convinced Victoria is making a huge mistake and won’t be able to cope – he’s set to put all of his efforts in seeking revenge against the Liverpudlian rapist instead.

Viewers will see Robert and Aaron scout out Lee’s car dealership, and they pretend they want to buy a car from the salesman.

Now Isabel has hinted Robert’s rash behaviour could get him into serious trouble, and teased what’s next for the storyline.

Appearing on This Morning to talk to presenters Phillip Schofield and Holly Willoughby today, Isabel shared: “Robert wants to help but he’s not doing it in a very good way.” 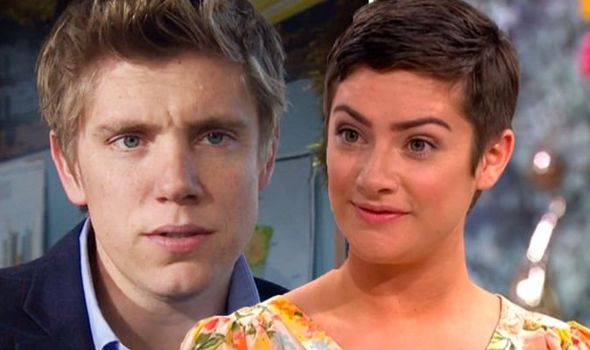 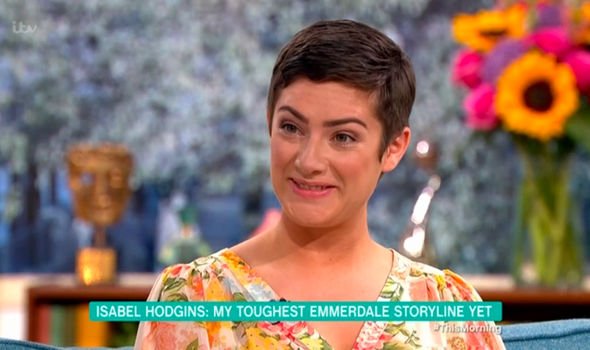 “He thinks, ‘If I do that then I will help her’,” Isabel continued. “But that’s not what she wants.

“She wants to have [the baby] but try and get on with her life, and he doesn’t agree with that.”

“[And in terms of Lee being charged,] there’s nothing that can be done, the police have said they can’t take the case any further because there’s insufficient evidence.”

“But it’s Emmerdale, so it doesn’t work like that does it,” Phillip chimed in with a sly grin. 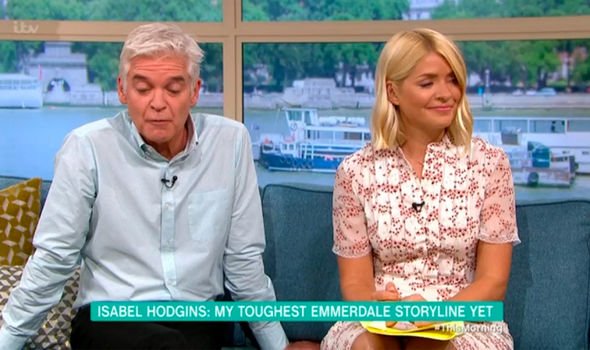 The actress went on to share what she thinks has made her character “so strong” in the soap.

“I think,” the actress pondered. “I don’t know if it’s her maternal instinct’s kicked in and all she thinks about now is having the best life for the baby.

“She’s been through something so horrendous that she wants it to stop.

“And she thinks going down there and telling the police the whole story and explaining everything again is even more traumatic, and so now I think she just wants to accept it happened and she’s pregnant and wants to continue now the best way she can,” the star added.