Emmerdale: Kim says she’s she should get a DNA test

Kim (played by Claire King) was left furious with her son Jamie (Alexander Lincoln) earlier this week on Emmerdale after the latter was scammed by newcomer Mackenzie Boyd (Lawrence Robb). As Thursday’s instalment got underway, the Home Farm owner was still seething her child could have been so idiotic as to give away her private tax details. In a rage, the ITV soap villain made a comment about the father-of-one which could suggest he isn’t the heir to her throne at all as she sets in stone a plan to disown him.

Walking into The Hop with her business partner Jai Sharma (Chris Bisson), the village vixen was clearly still disgusted with her son.

Hearing that Jamie was trying to make amends by coming up with solutions to problems she was having another project, Kim told him: “You think I would involve you with the business dealings after yesterday’s shameful performance?

“You know, maybe I should do a DNA test – check to see if it’s humanly possible I gave birth to such a loose-lipped, incompetent moron,” the villain said, hinting she might not be his biological mother.

“How was I supposed to know the guy was an imposter?” the father-of-one hit back, to which the Home Farm owner replied: “Being duped is one thing.

“But giving away my private tax affairs, that is unforgivable,” the ruthless businesswoman continued as she shamed the young man. 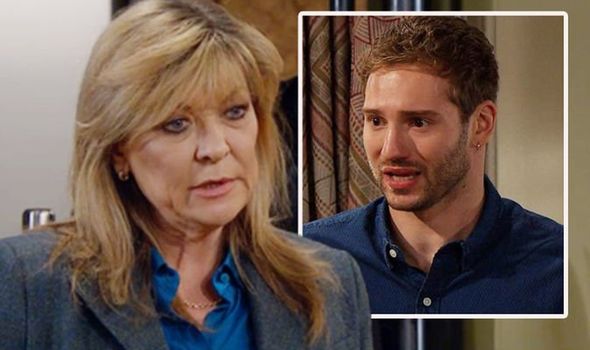 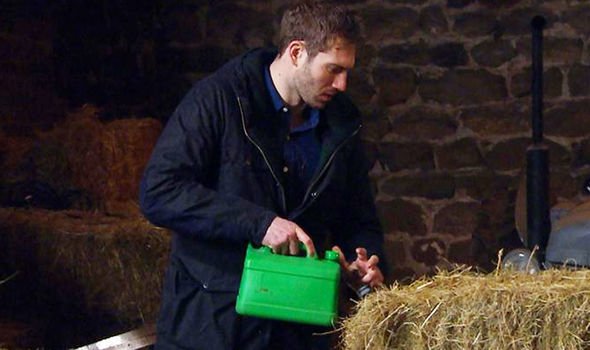 As Jamie tried to offer more explanations for his behaviour, the vixen said: “You’re just a pathetic waste of space.”

Although she was angry with her son, her blatant attempts to humiliate him could suggest she doesn’t have the maternal instincts a biological mother would have.

Later on, in the second episode of the evening, the father-of-one managed to ruin another one of his mother’s business meetings.

This was because he was confronted by Moira Barton (Natalie J Robb) with a gun after he almost set her barn ablaze with young Kyle Winchester (Huey Quinn) inside. 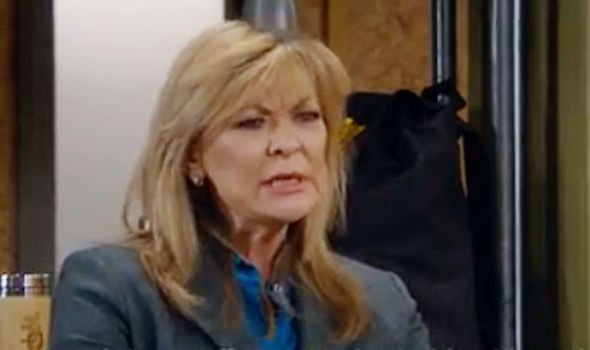 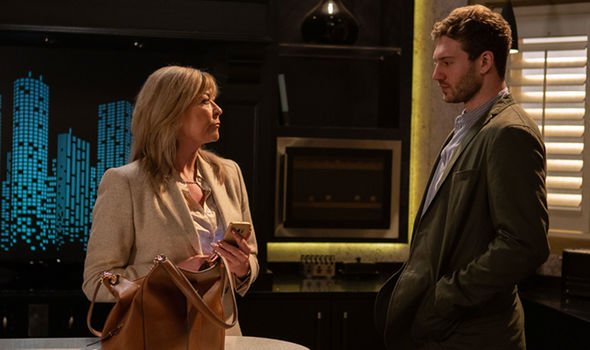 Maybe I should do a DNA test

Despite Moira letting her hostages go free as her aim was to threaten them, Kim wasn’t finished with her son yet.

The villain told him not even she would stoop so low as to hurt a child, feeling ashamed by his actions once more.

With great despise for Jamie at the moment, it wouldn’t be completely out of the question for the vixen to wash her hands of him.

Rejection would come easily for her, especially if she had no biological ties to the troublemaker of the village.

This could come in handy when she discovers Gabby Thomas (Rosie Bentham) is pregnant with her supposed grandchild after a one-night stand with Jamie.

With her empire at stake, Kim could do everything in her power to ensure the child was never an heir to her fortune.

Needing a way to disown the boy she raised, this could be the opportune moment for the vixen to drop the bombshell.

It’s not the first time Jamie’s true heritage has been questioned as last year, it seemed his characteristics made it seem very hard to assume he was Kim’s son.

Taking to a Digital Spy forum, one viewer wrote: “I’m confused. Is Jamie the child of Frank [Tate] and Kim?”

Another posted: “Jamie is terrible. It is hard to believe he is a product of Frank and Kim he is such a drip.

“I can’t see Kim raising any child of hers to be as drippy as Jamie. Joe [Tate] was more like I would have expected Jamie to be,” they continued.

However, if Jamie is not Kim’s son, then who gave birth to him and how did he end up in the villain’s arms?