Emmerdale: Kim falls for Priya’s lies before walking off

Kim Tate (played by Claire King) has no worries when it comes to making enemies. Since returning to the village a couple of years ago, the hard-faced businesswoman has trampled over several people in a bid to get what she wants. And it seems her new targets have been unveiled. During a conversation with Express.co.uk, the actress who plays the Home Farm owner spoke about her character’s dislike towards Dawn Taylor (Olivia Bromley) and Al Chapman (Michael Wildman), with the former dating her son, Jamie Tate (Alexander Lincoln) and the latter stealing thousands from the business account. But will the two revolt and force Kim to back down?

In upcoming scenes of Emmerdale, fans will see Dawn framed for stealing – but it was, in fact, Gabby Thomas (Rosie Bentham) who planted the item in her handbag in a bid to get her out of Jamie’s direct eye line.

It is all part of Gabby’s grand plan to get Jamie to date her, and when the two spend the night together, her hopes are raised.

However, any future wedding plans are soon slashed as official soap spoilers reveal Jamie is still interested in Dawn.

Despite not having a job at The HOP anymore, he offers Dawn, Belle Dingle’s (Eden Taylor-Draper) old position at the vets and he too announces his departure from the family business.

Jamie’s choice not only infuriates Gabby but his mother too and she sets about getting rid of Dawn once and for all, before turning her attention to Al and serving his comeuppance. 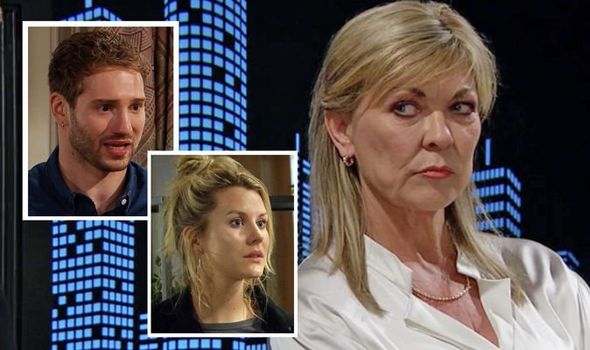 And it seems, Gabby could play an integral part in making all that happen.

“She cannot stand Dawn; she hates everything she stands for, doesn’t like the fact she was/is a prostitute, she’s untrustworthy.

“She’s still at the moment working in the office – that is until she is accused of stealing Bear’s wallet, in which case Jai sacks her.

“So hopefully, she’s [Kim] thinking ‘great, she’s out of my hair, out of my workplace and next thing I got to do is get around to sorting my son’s life,’” the actress continued. 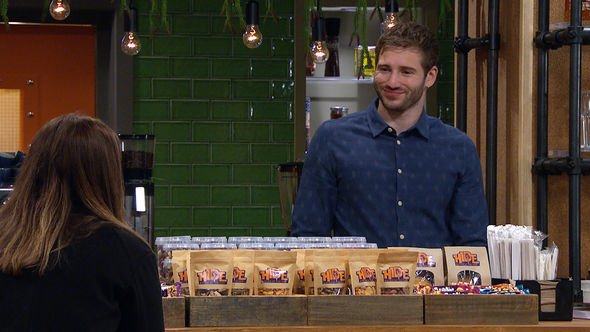 But removing Dawn from Jamie’s life altogether may not be as straight forward.

“Kim knows that Jamie likes Dawn, but like his other choices in women, she’s not the best one for her son.

“Andrea wasn’t, Belle was a bit of a nightmare and now Dawn is somebody Kim will not entertain in her life and once Kim has that in her head, it means she will do anything to get rid of her.”

And that may mean conjuring up a plan with Gabby.

While it is all systems go with removing Dawn from her life, what does Kim have in store for Al? 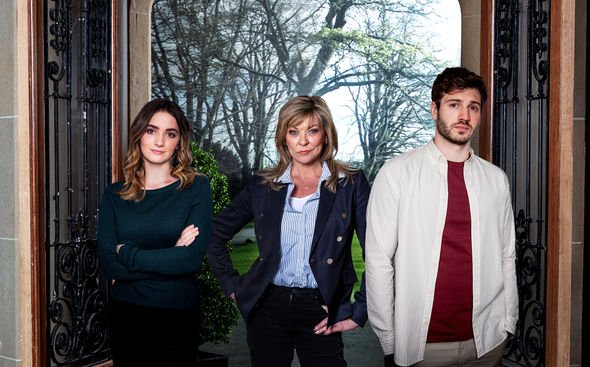 Claire said: “She’s not best pleased with Al at the moment – so how long he’s going to be working at the Hide, we don’t know.”

In scenes which aired last week, Al was forced to leave the Dales until the accusations settle down.

When Al spoke to Kim about what happened, he argued he had been set up by Priya Sharma (Fiona Wade) and Debbie Dingle (Charley Webb), which is the truth, he just can’t prove it.

Kim seemed to believe her business partner, so what if they worked together to set up Dawn?

This way should Dawn end up in handcuffs, it is an easy way to ensure she stays out of her son’s life.

As for Gabby, viewers will see her become Kim’s new pet project.

“She’s going to be welcoming Gabby into the fold,” Claire explained. “Jamie is gone. So there’s only her and Jai left and there’s just her and Jamie rattling around Home Farm.

“Not only does she work at the Hide out the front, but I think she’s wanting to come into the office and be more involved in the business.

“But also, if she wants to move into Home Farm, it would be perfect if she was with Jamie, because then she’s got another ally there, or so she thinks, she’s trying to manipulate that,” the actress added.