Emmerdale viewers have seen Moira Dingle (played by Natalie J. Robb) and Cain Dingle (Jeff Hordley) have a turbulent marriage and most recently it was threatened by the arrival and insistent flirting from Kim Tate (Claire King).

While Cain reassured his wife he was not interested in having an affair with the Home Farm owner, it seems the tables are about to turn and Moira could be the one to break the marriage.

During an interview with The Sun, a source explained how the farm owner is going to be involved in an affair with newcomer Nate Robinson (Jurell Carter).

“Moira and hunky farmhand Nate give in to their feelings for each other and end up in bed together,” the insider explained.

“It kicks off a steamy affair behind Cain and Amy’s backs – it’s going to be a huge test for Moira and Cain’s relationship.”

Express.co.uk has contacted Emmerdale, who said they didn’t want to comment on storyline speculation.

While some may be surprised at the suggestion of Moira and Nate getting together, Jurell Carter, who plays the new farmhand may have dropped a hint at it happening already.

Before his debut on the soap, Jurell discussed his character and said: “For me, he likes the older ladies but he likes the ones around his age as well, so I don’t think he’s just for older women. He’s for everyone!”

In recent scenes he and Moira clashed when she asked him about his intentions towards Amy Wyatt (Natalie Ann Jamieson), but it seems the two will reconcile and even share a tender moment.

Enquiring about Moira and Cain’s relationship, his boss will open up to him, could this be the start of the sordid affair? 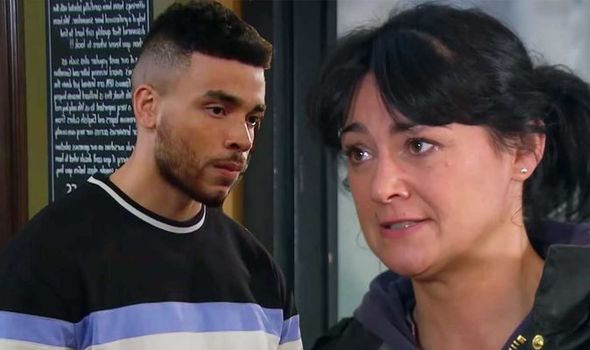 Last night, Emmerdale fans tuned in to see Nate rescue Kyle from the Dingles garage after he sneaked inside.

Playing with the cars, Kyle began revving the entire causing smoke to fill the garage and it was Nate who spotted him.

Worried he could be seriously harming himself, Nate busted open the door and quickly got Kyle out into the fresh air.

Following this heroic moment, he has proven himself to Cain and Moira, as well as Amy.

Now being trusted by Cain and Moira, will he be allowed into the family a little more, meaning he and Moira could get close? 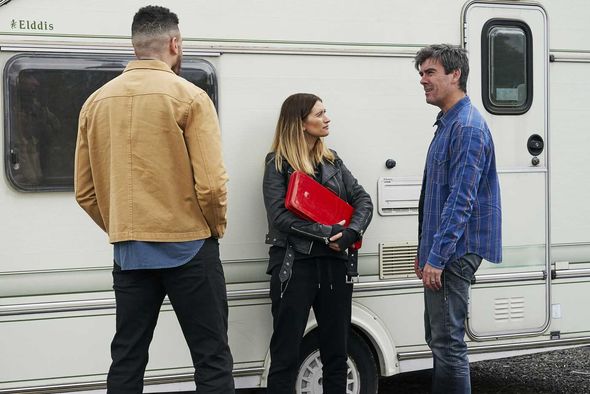 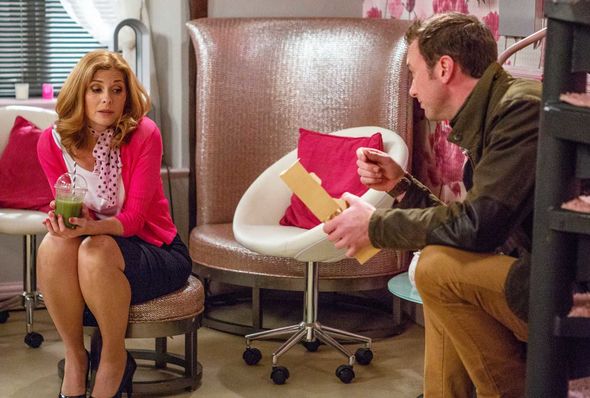 Do you think Moira will stray?

Elsewhere in the village, Bernice Blackstock (Samantha Giles) has been trying to find out the truth about partner Liam Cavanagh’s (Jonny McPherson) deceased wife.

In recent weeks she has tried to find out how Liam’s wife died and whether he played a part in it.

But in upcoming scenes, Bernice is going to uncover something sinister which would change everything.

How is Bernice going to tell Liam what she has found? And will he finally explain the truth of what happened to his wife?