Andrea Tate (played by Anna Nightingale) stuck by Jamie Tate (Alexander Lincoln) when she discovered he’d been cheating on her with Belle Dingle (Eden Taylor-Draper) but the village vet made it clear he wanted nothing to do with his wife. However, after taking matters into her own hands, Emmerdale viewers will get an insight into the scorned wife’s thinking and the reason for her disappearance.

When Andrea discovered her husband’s affair, she vowed to save her marriage by splitting up him and Belle.

She teamed up with Leyla Harding (Roxy Shahidi) and revealed her husband’s private messages to his lover all while making it look as if Belle was behind it.

But, her plan horribly backfired when Jamie realised she was behind the exposé and the mum-of-one was left heartbroken.

Jamie cruelly told his wife he was in love with Belle and had given up trying to fix their marriage. 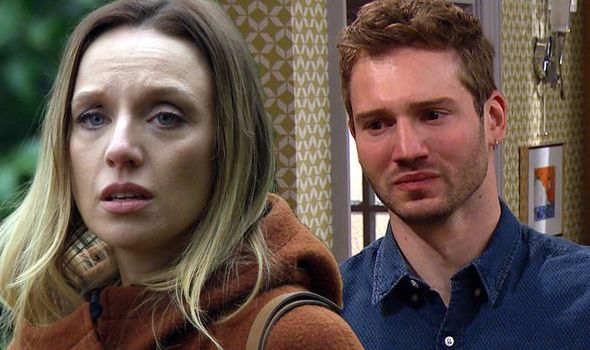 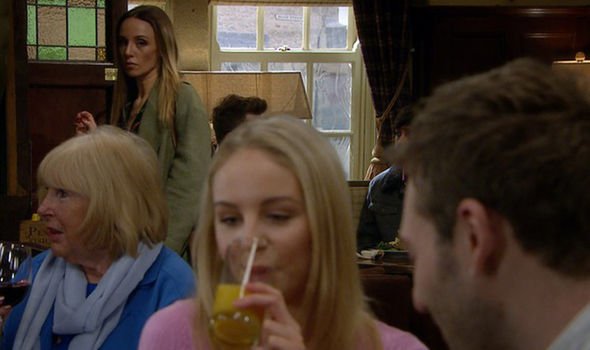 Andrea begged: “You cheated on me but I am willing to forgive you. Humiliated myself in front of all of our friends, for the sake of our marriage.”

“And what about Millie, the village gossip, shattering her faith in me, all the things you accused Belle of, you did that,” Jamie replied.

As Andrea continued to beg, Jamie said: “I have tried, I’ve been fighting already to cut myself off from Belle to focus on you but we’ve got nothing left. I want to be with Belle.”

Later, Jamie turned to Kim Tate (Claire King) for a place to live but was fraught with worry when he realised Andrea and Millie’s stuff was missing. 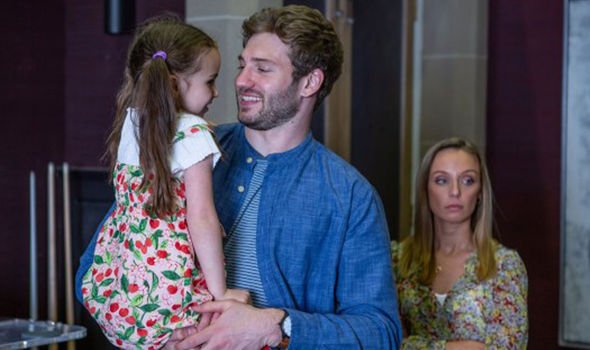 After noticing his wife had left her bag behind and abandoned her phone, he got the police involved.

Realising his cruel words about Belle would have hurt Andrea, Jamie was scared his wife was never coming back.

Express.co.uk spoke to Emmerdale star Anna to find out why Andrea has disappeared from the village.

She revealed: “Andrea’s decided that she needs to do something further, she needs to make more of an impression.”

“I think she got to the point where she wants to teach him a lesson,” she continued

“She’s hard and fast on the idea that she wants to stay in the relationship, but I think she’s panicked.

“She’s absolutely in the moment panic and just thought, I can’t be in this environment anymore.”

Anna explained Andrea wants to hold on to “control” after fearing her marriage was over for good.

“She can take some control back by doing a disappearing act and I don’t think she even knows at this point what she wants to achieve,” she added.

“But I know that she probably wants to scare Jamie, feel a little bit like she’s in control and that she’s in a position where she can do something at this stage.”

Emmerdale viewers will have to wait a little while longer to discover if Andrea will return to the village as the soap airs special lockdown episodes.

Will Andrea and Millie return to the village safely or will the scorned wife end up getting caught up in trouble?