Emmerdale’s tearaway teenager, Sarah Sugden (played by Katie Hill) returns in upcoming scenes as she helps her grandmother, Charity Dingle (Emma Atkins) meddle in Priya Sharma’s (Fiona Wade) business. When discussing her comeback storyline, the actress who plays Sarah spoke about her character’s personality traits and what makes her a true Dingle. And it seems a plot twist could be in store for the youngster later this year.

During a conversation with Inside Soap, the actress who plays Sarah said she was enjoying her time on the soap.

“When I first came into Emmerdale, I was playing an innocent little girl who was fighting an illness, and it was all quite emotional, heavy stuff.

“So to be able to play this side of Sarah and show that she also has a bit of Dingle in her – which I think most people expected her to have – has been great.”

She is, of course, referring to her currently storyline which sees her get involved with Charity’s investigation into  Kirin Kotecha (Adam Fielding). 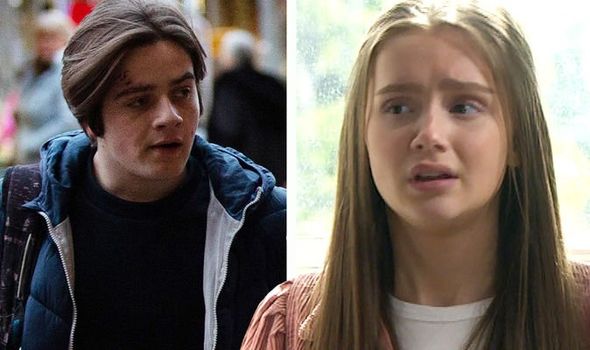 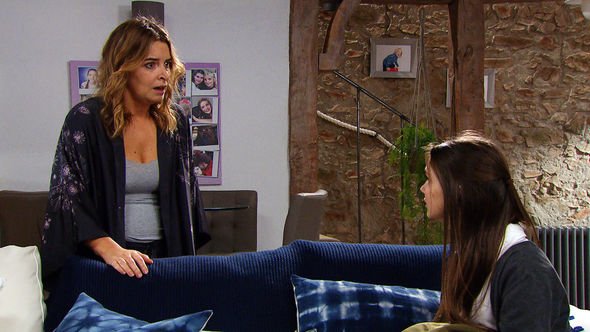 But in order to do so, they need permission from the toddler’s father; Kirin.

With the murderer currently gallivanting on the other side of the world, Charity has asked Priya to delve deeper into his whereabouts.

However, the Home Farm employee has been rather quiet on handing over any information, and it turns out she hasn’t rang the family connection.

During a conversation with Nicola King (Nicola Wheeler), Sarah will be advised to hatch a plan and scenes will show her breaking into the Sharma household in a bid to find out anything which could help Charity and Vanessa. 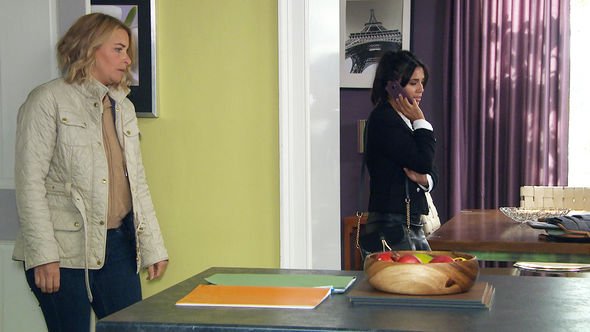 It won’t be long until Charity finds out what Sarah is up to and creeps up on her inside Priya’s house.

Together, they both overhear Priya telling Manpreet Sharma (Rebecca Sarker) how he has heard back from Kirin’s sister.

Priya will return the call and Charity and Sarah will listen with intrigue as to the conversation she has, hoping to get an update.

This isn’t the first time ITV viewers will have seen a naughtier side to Sarah.

But what direction would Katie like her character to go in? 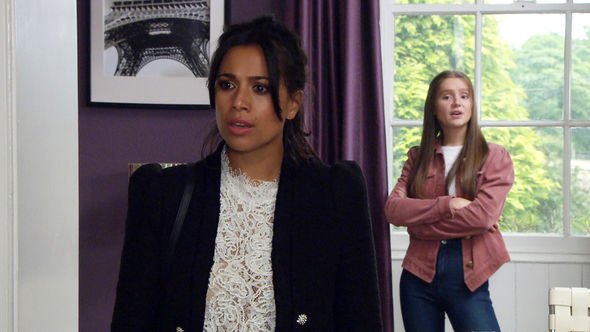 “Being part of the Dingle family, I can imagine her heading down the more mischievous route.

“Her female role models are Charity and Debbie, and we all know the kind of things they get up to!

“It would be nice to keep a sweeter side to Sarah, because of what she’s been through in the past,” the star said.

“She faced such challenges at a really young age, and I think that she will always have that experience at the back of her mind.”

Perhaps Katie is hinting at a darker storyline for Sarah?

The teen has already battled two life-changing health conditions, maybe she is set for some romance in her life which could leave to a sudden pregnancy.

After all, she did fall for Danny last year, but was forced to break off their relationship after she found out he was dealing drugs.

With the “mischievous” side of a Dingle within her, perhaps she has been secretly dating him ever since…

Emmerdale airs Monday, Wednesday and Friday at 7pm on ITV.