Vanesa Woodfield (played by Michelle Hardwick) has been receiving treatment for bowel cancer while making practical arrangements for her son, Johnny, in the event she loses her battle with the disease. The Emmerdale vet asked Rhona Goskirk (Zoe Henry) to be her son’s guardian as she felt Charity Dingle (Emma Atkins) wasn’t pleased with the idea. But when Tracy Metcalfe (Amy Walsh) discovered she wasn’t even considered for the role, the resulting argument could see Vanessa and Charity split for good.

In tonight’s instalment, Vanessa invited Rhona round to discuss Johnny’s future with her solicitor before being interrupted by a confused Tracey.

When Charity left the house, Tracy asked: “How come’s Charity is leaving if that’s what you’re discussing?”

Vanessa told her sister she was trusting Rhona with her son but Tracy hit out: “So what happened to putting family first?” 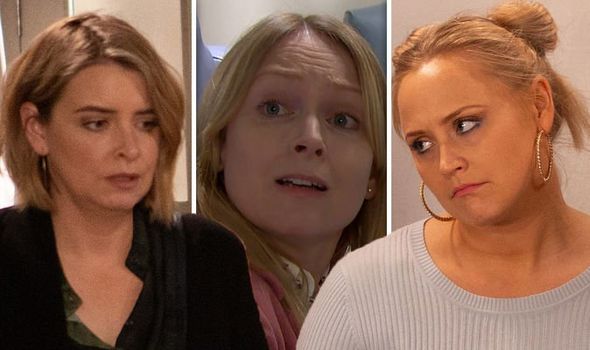 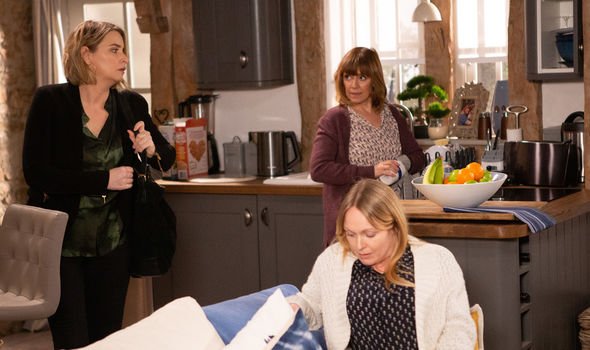 Sensing the awkwardness, the solicitor went to leave but Vanessa said: “Please don’t leave on her account, her brain ain’t caught up to her mouth yet.”

“Are you sure you’re not talking about yourself?” Tracy asked. “I am trying to make you see sense.”

“Me, see sense?” Vanessa questioned before her sister replied: “He’s my nephew, what does she got that I haven’t?”

“Tracy, you have got your whole life ahead of you, a new relationship with Nate, you need to be out having fun without responsibilities,” the village vet remarked. 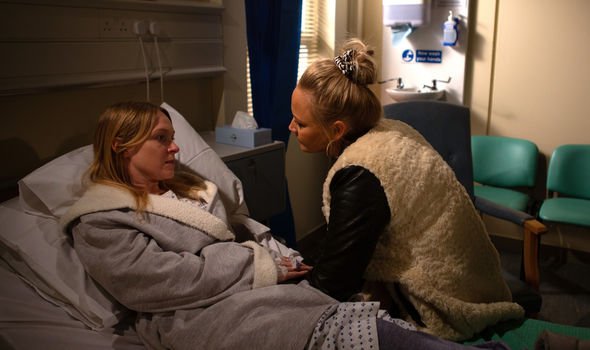 “You’re making it sound like it’s a chore, I love Johnny to pieces,” Tracy exclaimed.

“I know but Rhona she’s a good mum, I’ve known her since uni, she’s the closet thing to a sister until you obviously,” Vanessa explained.

“No-one, but I have to think about what’s best for Johnny that’s all, he’s the most important thing in my life,” the vet answered.

“I love him just the same and you choose her over your own sister,” Tracy cried out. “What about Charity? You’re going to choose Rhona over the woman you love?”

“What I do with my son is no one’s business but mine,” Vanessa added.

Tracy stormed over to The Woolpack and confronted Charity over her sister’s decision.

“Your fiancee doesn’t trust you or me to look after you kid and you’re not even bothered,” Tracy remarked.

“It’s not up to us,” Charity stated and Tracy hit back: “She’s probably tired, have you tried talking to her? She’s not thinking straight. You must be able to see this isn’t right.”

It’s clear Charity isn’t happy with her partner’s decision and Tracy’s words may be enough for the barmaid to confront Vanessa.

The vet’s mind seems made up and the couple could split if she feels Charity doesn’t respect her decision.