Emmerdale: Mandy Dingle wakes up hungover on her birthday

Zak (played by Steve Halliwell) has been featuring intermittently on Emmerdale for the past few months, given that some of the older members of the cast were shielding during the pandemic. Unfortunately, with one of the Dingle family’s biggest celebrations on the horizon, the leader of the clan won’t be walking Mandy (Lisa Riley) down the aisle as he will be away from the village. However, it seems his son Sam Dingle (James Hooton) is going to once again step to the plate and take on an even bigger role on the ITV soap.

When Zak was last absent from the village as actor Steve, 67, took a break due to health problems, Sam was the one who kept the family on track.

Alongside his wife Lydia Hart (Karen Blick), the pair managed to navigate the Dingle clan through a series of problems, including the arrival of Paul.

With Sam firmly back in the fold of Mandy’s drama with her husband-to-be, he will be acting as a father figure for her.

Explaining how the beloved character will be replacing the leader of the clan, Mandy actress Lisa, 44, said to Express.co.uk and other publications: “This is the happiest she could ever be going into this wedding.

“We have some beautiful sentiments wherewith Uncle Zack not being there, Sam her cousin becomes like the leader of the pack.” 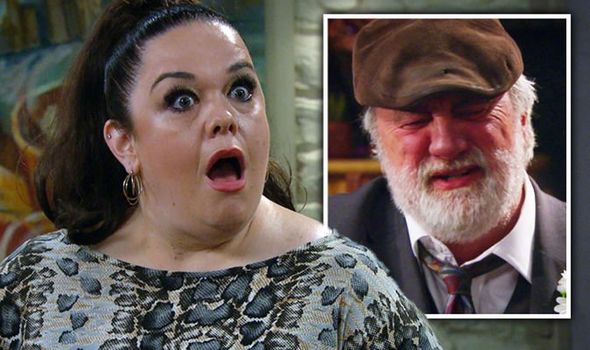 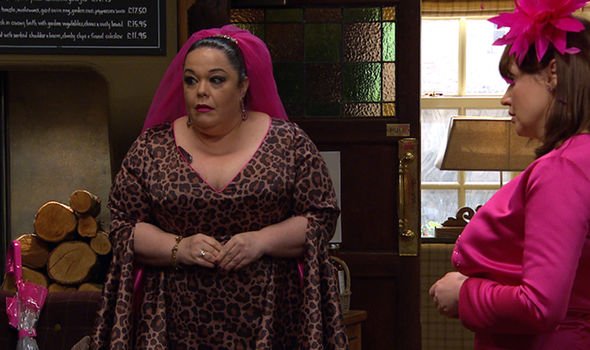 Lisa then added: “And Sam gives her this beautiful gift of a bracelet that comes from someone, which will be such a gorgeous moment of the week that needs to be told.

“Because Lydia is still very sceptical of Paul and Mandy doesn’t want to hear it, and then the morning of the wedding the champagne gets parked, they’re laughing and she turns to Lydia and she says, ‘No, not today. Not today’.

“She still believes it’s all going to go okay. And then the last minute when Sam gives her the gift, I mean, I’ve seen it back and it made me cry.

“But when he gives her this gift. maybe she is a little bit too nervous at that point and is she going to go ahead with it?“ 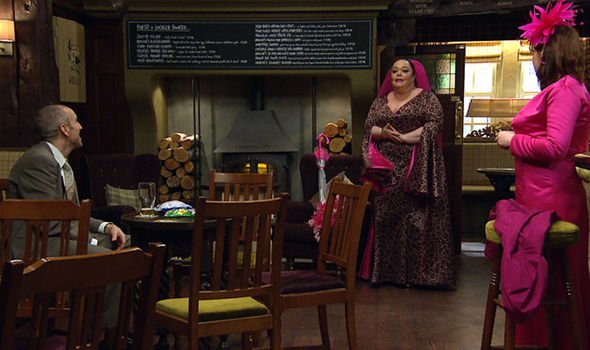 With Zak nowhere to be seen, it seems it will be Sam who is left to give Mandy some much need words of encouragement.

Although his wife isn’t too sure about Paul, it will be up to the bride’s cousin to be as supportive as he can.

However, in his new role as a replacement for his father, could Sam be ill-advised with his advice for Mandy as the villain tries to keep his dark secrets harboured?

As a disaster is set to unfold in the village on his cousin’s big day, it seems Sam’s reign as leader of the clan could be over before it’s even begun. 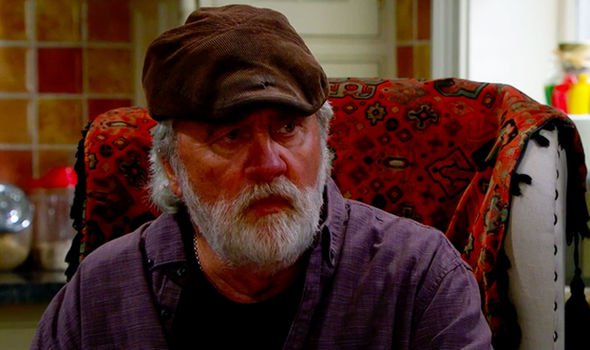 Taking to Twitter, viewers are missing seeing Zak leading the family through countless dramas, with one writing: “I feel like I haven’t seen Zak in ages #Emmerdale.”

Another added: “Cain [Dingle] is head of the Dingles now isn’t he? I remember Zak handing over the reins to him a while ago #Emmerdale.”

With this in mind, Sam could find himself battling for the top spot after the wedding if Cain (Jeff Hordley) demands to rule the roost.

Could this be a storyline that could see Zak return to the fold briefly as he sets the record straight on who is his replacement?

For now, Sam is the character who will be filling on for his uncle but Mandy star Lisa has teased some exciting scenes for the wedding.

The soap star said: “The venue we have for the wedding is probably the most magical setting. Even before we got dressed for the day, me and Bradley [Johnson] went to have a look at it.

“I mean this is the most fairy tale, magic wedding. And it all goes terribly,” the actress explained as she teased some drama on her character’s big day.

With so much at stake, could it be Zak will return following the death of a beloved villager who is a member of his own family?