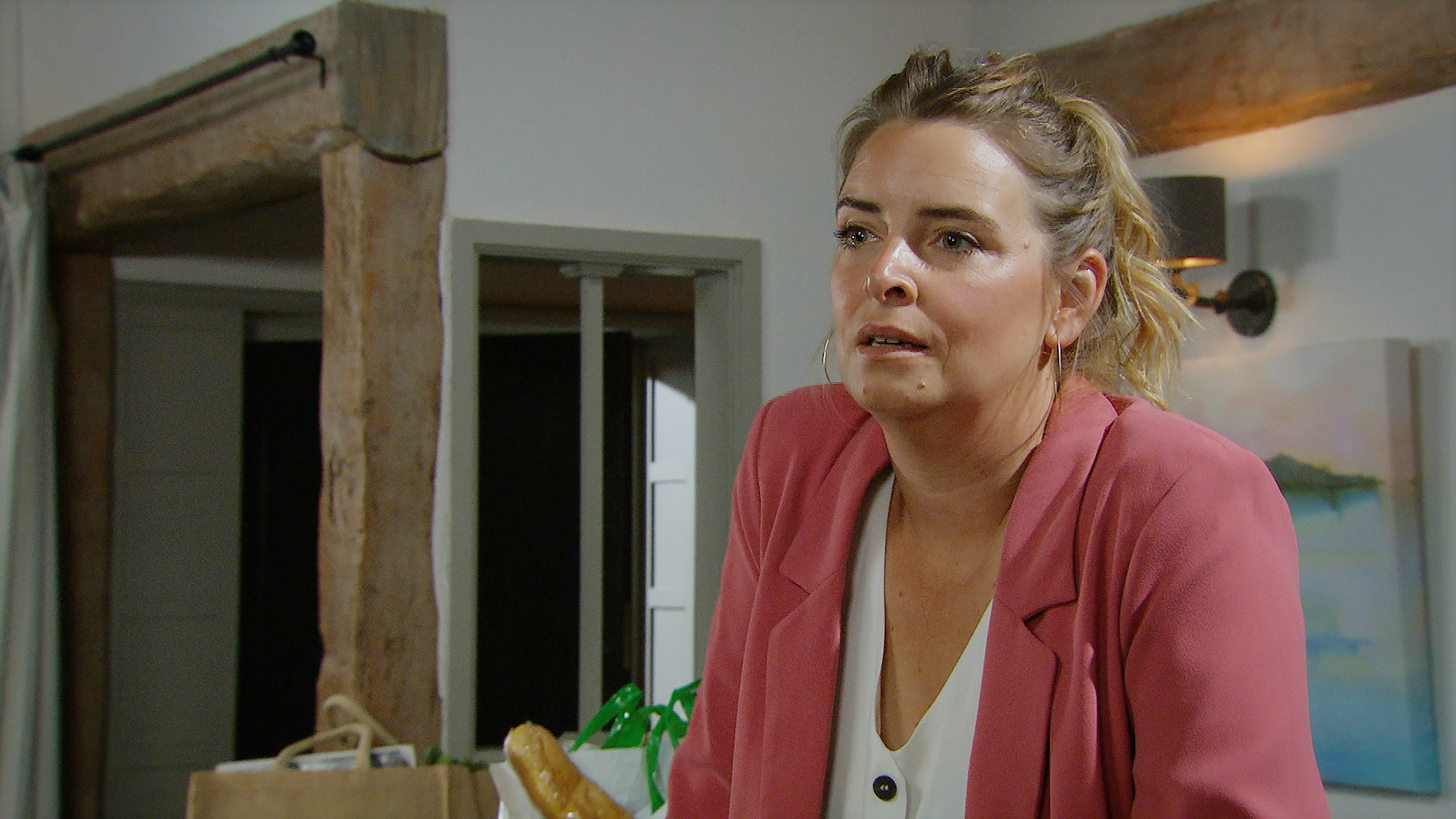 Tonight’s Emmerdale ended with a bombshell, as Charity Dingle (Emma Atkins) made a secret phone call to an abortion clinic, with fans previously unaware that she is pregnant.

Earlier in the episode, viewers saw an unlikely friendship begin to form between Charity and Amelia Spencer (Daisy Campbell), as they ran into each other outside the clinic.

Charity was quick to offer advice and a shoulder to cry on to the teen, before supporting her through her appointment. However, Charity was shocked to discover that Amelia’s pregnancy was much further on than she had been led to believe.

Outside the clinic, Charity panicked, asking her questions about the conception of the pregnancy. The route of her concerns soon became clear, as she begged Amelia to tell her that Noah wasn’t the father.

‘She’s convinced it’s Noah’s at this point and that’s really stressful for her because he’ll shortly be arriving back from prison after having a custodial sentence for harassment so I think she realises he’s once again got himself in this horrendous situation,’ Emma told us.

However, this wasn’t the only bombshell to be dropped in tonight’s episode, as Charity called the clinic once more to rearrange an appointment for her own termination.

Emma Atkins revealed that this was not a planned pregnancy for Charity, so she chooses to keep it top secret.

‘I think a lot of the time Charity thinks “What’s the quickest way to solve this problem?” Sort of eradicate the obvious, make it invisible almost.

‘She knows she’s late 40s, she’s not been the greatest mum in the village, people know that. So, I don’t think she can really handle the idea of letting the whole village know that she’s pregnant. There’d be a lot of scepticism and judgement and she knows it because she’s not been the most successful of mothers.

‘Motherhood has been a real struggle for her. She’s not maternal.’

Of course, bumping into Amelia was the last thing Charity expected, as Emma went on to explain.

‘I think in a way there is an influence going on there because she suddenly turns maternal with Amelia and I think that brings all sorts of emotions out in Charity that she probably wasn’t aware were there.

‘A lot of the time your emotions are very subliminal and you don’t recognise it until it’s too late. So, I think she’s a good influence, in a way.’

One thing is for sure, and that is that life is never dull for Charity Dingle.

‘My character is multi-faceted because she’s sort of a bit of a rebel, really. I think when you’ve got someone who can’t help but walk into trouble, it’s probably more interesting than someone who’s quite sensible.’

There’s plenty more drama to come for Amelia and Charity, and we can’t wait to see how it all plays out.