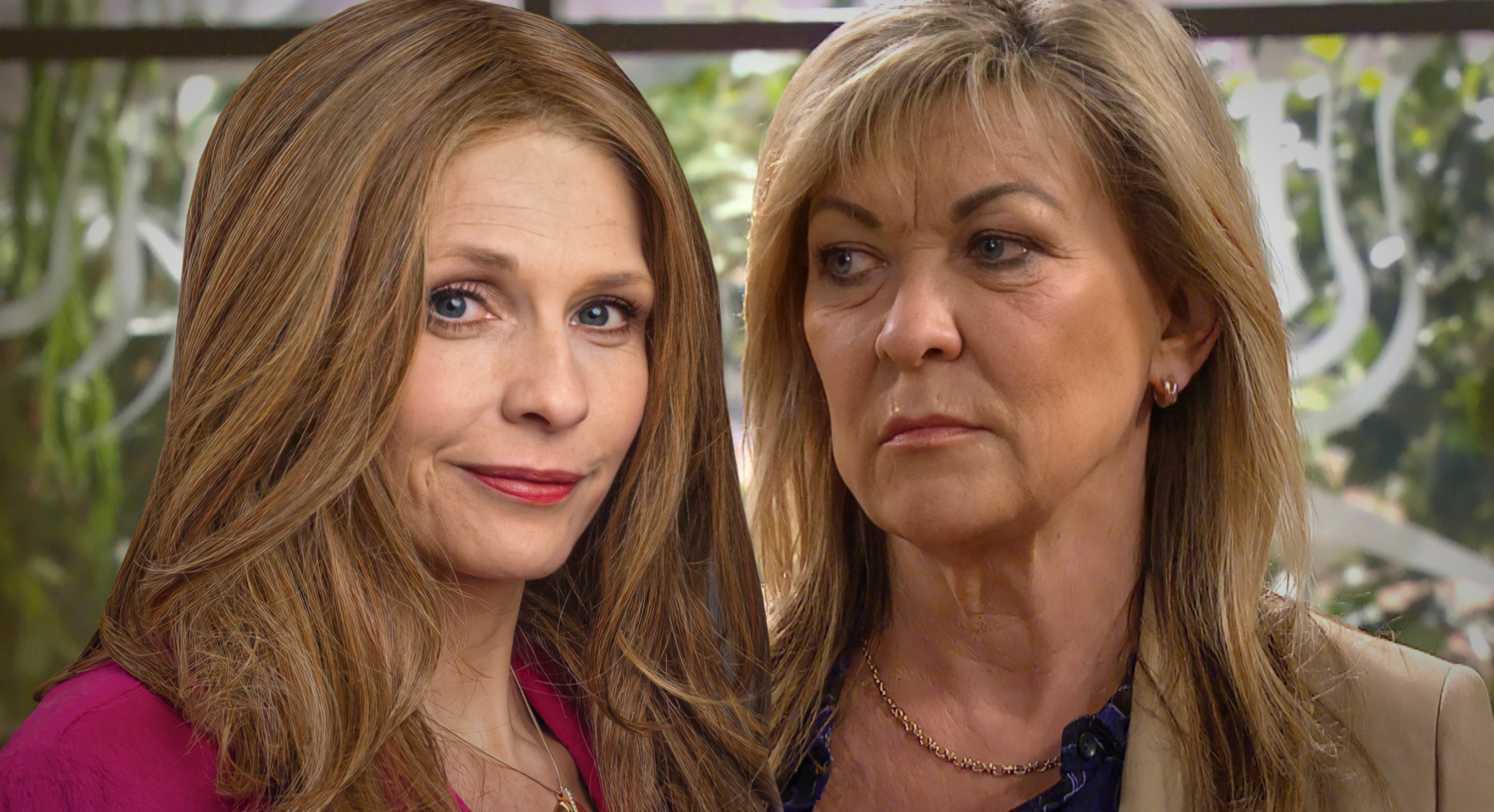 Gabby fell pregnant with Jamie’s (Alexander Lincoln) child several months ago, and in the aftermath of such a thing, she’s forged quite the partnership with Kim.

Laurel (Charlotte Bellamy) has desperately tried to make the young woman see that Kim cannot be trusted, but manipulative Gabby has refused to see sense.

Bernice, however, is hellbent on trying to win back her daughter’s affection upon her return.

The stalwart of the ITV soap makes an emphatic comeback next week, setting foot in the village for the first time in nearly two years.

‘Bernice knows about the pregnancy I believe,’ actress Samantha Giles told Metro.co.uk. ‘But obviously it’s the shock of seeing her daughter – that this is her first born and now she’s pregnant.’

Of course, it’s not just her daughter’s pregnancy that Bernice is worried about, but rather it’s the close the relationship that she shares with sinister Kim.

In order to win Gabby round, the hairdresser will first need to eliminate Kim from the equation – but just how will she do so?

‘Bernice is not going to let Gabby remain in the clutches of the Tates and Home Farm,’ warns Samantha.

‘She wants to make a stand for her daughter.’

Bernice, of course, will have a lot of making up to do where Gabby is concerned, given that she left her to fend for herself when she needed the most.

‘Bernice is quite a selfish person,’ said Samantha. ‘She’s not a natural mother. She’s used to putting her own needs before her childrens’, until she’s reminded with a big hard jolt – and this is a big hard jolt!’