Liam (played by Jonny McPherson) was left devastated when he realised Leyla (Roxy Shahidi) had taken a drug overdose on Emmerdale earlier this week, after months of her hiding her addiction problems. As the truth transpired, Liam became angrier as he discovered just how deep his wife was in with the drug world and how Suzy Merton (Martelle Edinborough) had a part to play in it all. With his emotions already out of control, the fact David Metcalfe (Matthew Wolfenden) knew and he didn’t made the doctor see red and this is where he could take his revenge on the ITV soap.

During Friday’s episode, Liam couldn’t bare to be at the hospital with Leyla and he didn’t seem to care she was awake and ready to talk.

With his wife coming out of her coma, he was paid a visit by Victoria Sugden (Isabel Hodgins), who was standing in for her partner David who was abroad.

Wanting Liam to know the update on his wife’s condition, Victoria told him: “I tried calling you but it went straight to voicemail.”

“Apologies. I’ve been somewhat busy trying to sort out my wife’s mess,” the medical professional added as he seemed to care very little.

“She’s come around. So I can drive us up to the hospital if you want. It’s no bother,” the mother of one told her neighbour. 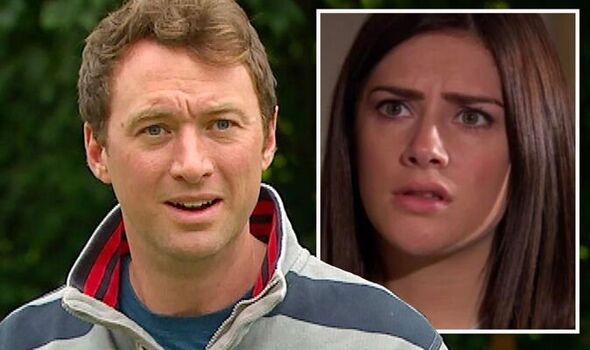 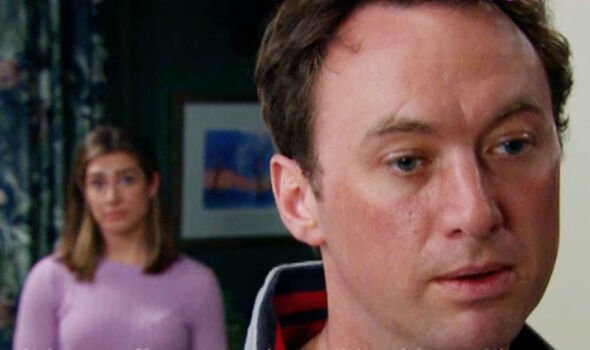 “Not right now, thanks,” Liam replied, with Victoria telling him: “Liam, it’s Leyla. It’s your wife.”

Hitting back, the doctor reminded his neighbour: “Wife? I have been living with a complete stranger. I have no idea who she is anymore.”

Not taking this stance, Victoria added: “She’s the woman who held you when your daughter died. The same woman who got you through the worst year of your life.

“I’m not excusing anything she’s done but right now, she needs you,” the mother pleaded, with Liam still not changing his mind.

“I’ve been so naïve, she kept fobbing me off, laying off the wine, like that was the culprit. I could have helped her solve this.” 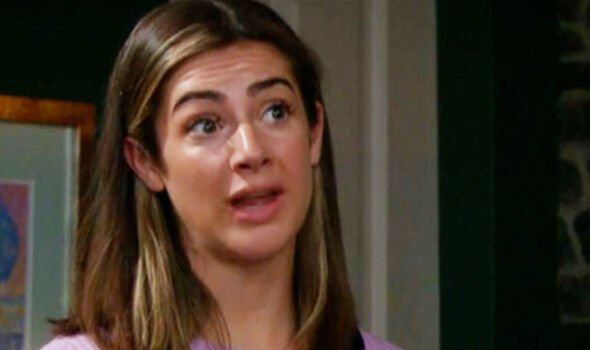 I have been living with a complete stranger

Liam stressed he could have got his wife professional help but this was the moment Victoria let the cat out of the bag.

She explained David knew about Leyla’s addiction problems and was trying to help her by getting her into meetings and pushing her to go into rehab.

“I bet he loved playing the saviour,” a bitter Liam stated, with Victoria telling him: “I know you’re hurting but that is not fair, David didn’t ask for any of this.”

“Please, it’s what thrives on, any damsel in distress and he’s there like a limpet,” the doctor remarked, with Victoria looking rather defeated.

“Maybe that’s why Leyla lent on him because you’ve been through enough,” she replied as she tried to defend the man who was supporting his ex-partner.

Hitting back once again, Liam snidely replied to Victoria: “I see. So now it’s my fault because my daughter was murdered?”

The mother of one told him: “That’s not what I said. Obviously, you were struggling, anyone would. Leyla was too and she still is and that is why she needs you.”

By the end of the instalment, nothing Victoria had said made Liam change his mind but it seemed he was extremely angry with David.

This could therefore make the doctor think he needs to take revenge on his love rival by manipulating his partner Victoria.

Knowing the mother feels uneasy about the close relationship her partner and Leyla has, she could fall into Liam’s arms as he reminds her how David will always put his former lover first.

Knowing Liam needs some support and feeling neglected by David, Victoria could end up sleeping with the doctor as he washes his hands of Leyla.

The pair could try to keep their affair a secret but things don’t stay harboured for too long and their respective others would find out at some point.

As David tries to wrack his head around why his partner cheated on him, she could explain what Liam was saying about him and Leyla.

Confronting Liam, David could learn how his other half was played so he could feel the pain he put through the doctor through.

How will the village ever be the same as this affair affects several characters in the village?

Earlier this year, producer for the show, Laura Shaw, discussed the outcome of this storyline for Liam and what it would mean for his marriage.

Laura explained to Express.co.uk and other media: “Leyla’s got a huge storyline coming up where a shocking secret is revealed.

“And this will have huge ramifications for Liam and Jacob in particular.

“Some of our most-loved couples will have stories that will see how they navigate through their problems as strong family units.”

Could this mean Liam will end up cheating on his wife after discovering her betrayal?

Emmerdale airs weekdays at 7:30pm on ITV, with an hour-long episode airing on Thursdays.