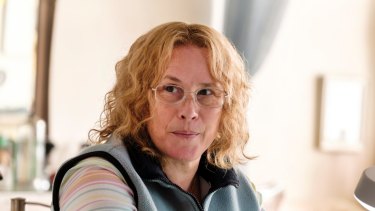 Patricia Arquette as Tilly in Escape At Dannemora.Credit:Showtime

Stan's limited series Escape at Dannemora has walked away one of the big winners at the 59th annual Festival de Télévision de Monte-Carlo. The series, which starred Patricia Arquette and Benicio Del Toro, was crowned with the outstanding limited series award; Arquette also took the award for outstanding actress. Other winners at the Golden Nymph awards, handed out at a gala event in Monaco, were Bodyguard star Richard Madden, who won outstanding actor in a drama, the comedy series On The Spectrum and its two stars Naomi Levov and Niv Majar and the British morning program Good Morning Britain.

What Luke Davies did next

Australian screenwriter Luke Davies is working on a television adaptation of the book The Most Dangerous Man by Bill Minutaglio and Steven L. Davis, about the life of American psychologist Timothy Leary. Actor Woody Harrelsonwill play Leary, an advocate of the use of psychedelic drugs. The limited series follows Leary's arrest at the height of his infamy, during which US president Richard Nixon described him as "the most dangerous man in America" and the prison escape which followed. Harrelson was most recently seen on US television playing Archie Bunker in a one-off television reboot of the iconic All In The Family. Davies' most recent project was the remake of Catch-22 for the streaming platform Hulu.

Squinters back for second season

A second season of the ABC's commuter comedy Squinters will debut on July 10, starring Sam Simmons, Justin Rosniak, Mandy McElhinney and Andrea Demetriades. The second season will run for six half-hour episodes. The series, which was created by Trent O'Donnell and Adam Zwar, is set in several vehicles featuring commuters travelling through Sydney's western suburbs, all in the direction of the afternoon sun. (Hence the title, Squinters.) The second season will feature a number of guest stars including Justine Clarke and Stephen Peacocke, and US actors Lamorne Morris and Kristen Schaal. 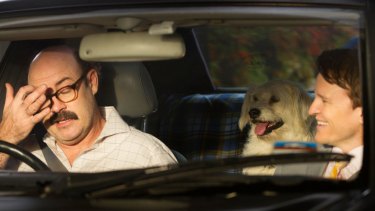 Australia's national broadcaster has signed an agreement with Canada's national broadcaster CBC with a view to developing new content together, particularly comedy, drama, non-scripted programming and children's shows. The deal was announced at the Banff World Media Festival in Canada last week. "In a world of global media giants, the outstanding and accessible content produced by like-minded public broadcasters is more important than ever," the ABC's managing director David Anderson said. The agreement would "drive our limited resources further [and] leverage our strengths," Anderson said. The agreement runs for three years.

Though the 61st annual TV Week Logie Awards are still days away, the first Logie for 2019 has been handed out. Tourism Australia has won the most popular television commercial category for its Crocodile Dundee reboot-themed campaign. In a break with convention, the winner of the category was announced ahead of the telecast on Sunday, June 30. Other nominees in the category included Westpac, the Invictus Games, KFC, Aldi and Berlei's I Touch Myself campaign featuring tennis champion Serena Williams. The category was restored to the Logies this year after a break of four decades.

US TV critics cast their vote

America's television critics have cast their votes in the 35th annual Television Critics Association awards, with Chernobyl, Fleabag, Game of Thrones, Pose, Russian Doll and When They See Us nominated in the program of the year category. Other nominees include Killing Eve and Better Call Saul (in drama), Schitt's Creek (in comedy) and Escape at Dannemora (in mini-series). Nominated actors include Patricia Arquette, Christine Baranski, Julia Louis-Dreyfus, Phoebe Waller-Bridge, Michelle Williams, Bill Hader and Catherine O’Hara. The winners will be announced in Los Angeles on August 3.