If you’re looking for another wild dating show to take over your already busy summer watch schedule, then we have the perfect answer: HBO Max’s FBOY Island is just like Bachelor in Paradise and Love Island…but with a twist. Not everyone cast on FBOY Island is there for the right reasons, and some of the guys (the “FBoys”) are simply there to deceive the three women trying to find love. Unlike every other dating show where people mostly go on to become influencers, there’s an extra incentive for these FBoys to stick around as long as they can: sweet, sweet cash.

HBO Max gave Cosmopolitan an exclusive first look at the show that features some old-fashioned schoolyard team picks before what is sure to be a very intense game of dodgeball. But while some of these guys think they’ll be the first pick, little do they know what’s coming for them (and their egos). Check out the clip above. 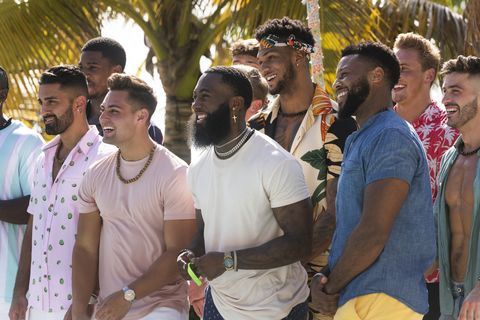 Think you already know which guys are FBoys and which are really there for love? You’re going to have to tune in to find out for sure. Who knows, you might be surprised! But hopefully Nakia Renee, CJ Franco, and Sarah Emig can figure it out as they continue to put their hearts on the line.