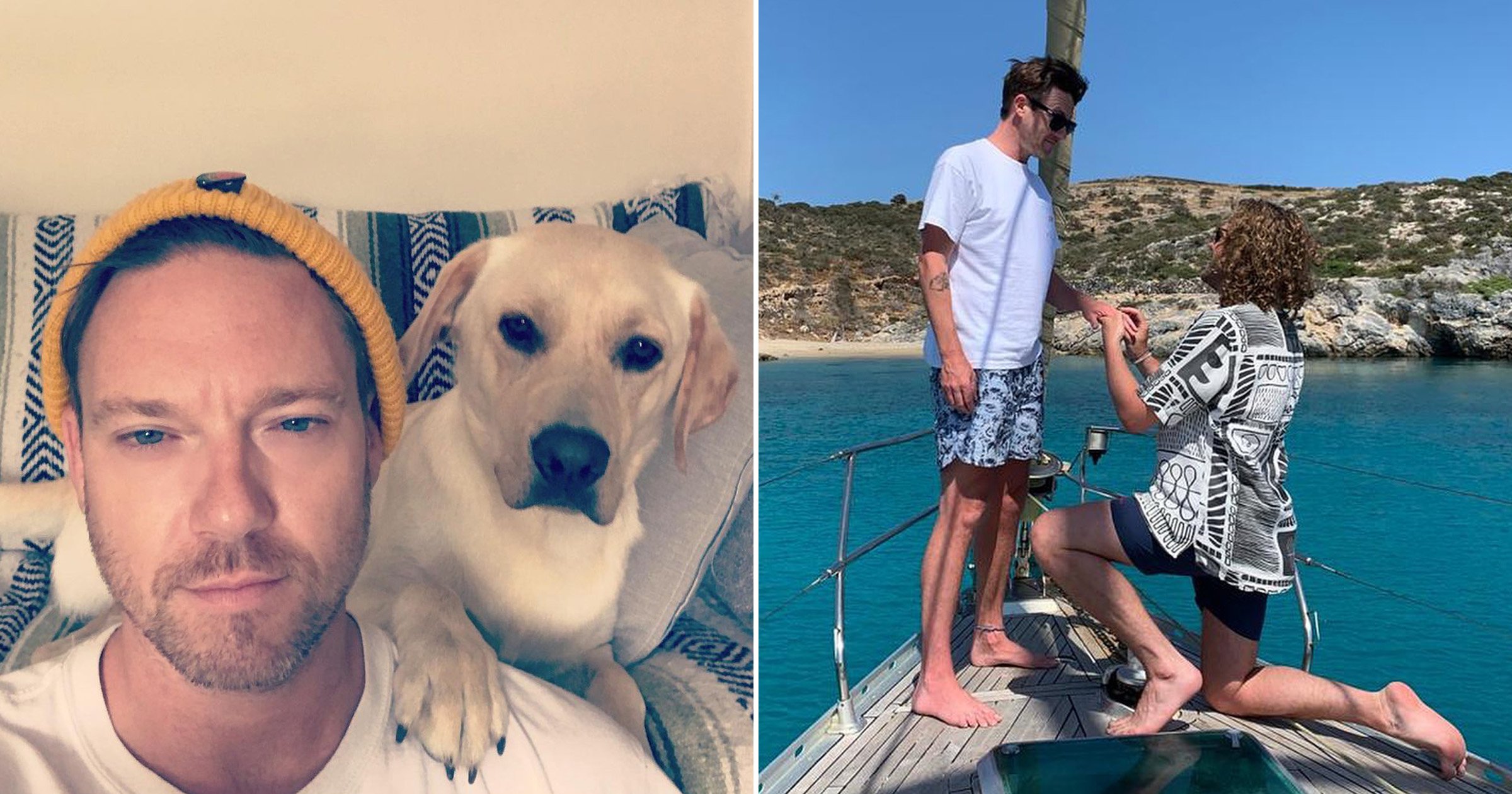 The actor, who played Rhys Ashworth in the soap from 2005 to 2014, shared the romantic moment when Mark went down on one knee to his followers on Instagram.

The pair were on a yacht during a romantic holiday in Greece when Mark popped the question.

Captioning the post, Andy penned: ‘I said YAS!!’ with a diamond ring emoji.

He paired it with another picture where he donned a sailor hat as the couple celebrated with a beer, looking relaxed on the yacht.

Andy’s Hollyoaks cast member Bronagh Waugh, who played Cheryl Brady, was on board with them, and shared some more pictures on her social media page.

She penned: ‘A total HONOUR to be on the yacht and to share the moment when he said YES!!

‘It was the most beautiful and the most EXTRA day… v fitting for a prince who’s met his Prince.

‘Love you both so much @andymossss @markbenn85 #beyoncé #helikeditsoheputaringonit,’ alongside images of the proposal moment and the day on the yacht.

Fans and friends leapt to the comments of Andy’s post to share their congratulations, with Anna Shaffer, who played Ruby Button writing: ‘Andy!!!! Just thrilled for you both… hawwwwtest couple xoxoxoxo.’

Mark has appeared on Andy’s Instagram since 2016, with pictures of them travelling the world together, as well as snaps of their adorable Labrador Retriever, Rocko.