The second season of His Dark Materials kicked off with a bang on BBC One yesterday with its opener, The City of Magpies. And while there was plenty of world-hopping and high-octane action for fans to get to grips with, some were left more taken aback by the inclusion of a familiar face. That’s because Game of Thrones legend Bella Ramsey popped up in the fictional universe first created by Philip Pullman as new girl Angelica.

Picking up after Lord Asriel’s (played by James McAvoy) tear through the worlds, the second season of His Dark Materials put viewers back alongside Lyra (Dafne Keen), Pan (Lyra Belacqua) and Will (Amir Wilson).

And while Will is daemonless, the trio join forces nonetheless as they venture through the city of Cittagazze.

However, along the way and despite the city seemingly being abandoned, Lyra and Will come face-to-face with someone new.

Lyra and Will end up spotting Angelica (Ramsey) and it’s fair to say they don’t get off to the smoothest of starts. 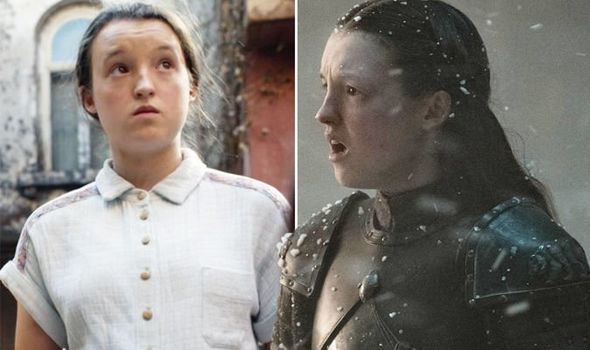 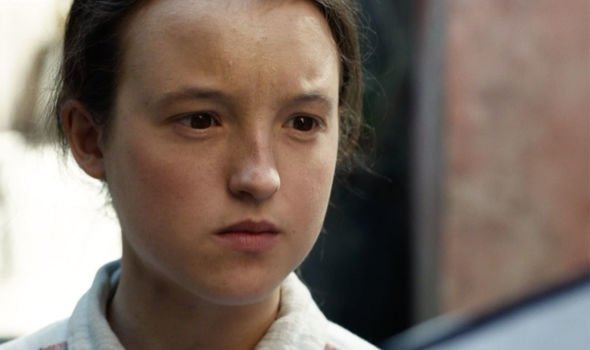 With no one else seemingly about, Lyra chases after Angelica and her pal, only managing to catch her with the help of Will.

“Who are you and why were you chasing us?” Angelica shouts at Lyra as the group try and come to terms with what’s happened to the city.

Will explains he and Lyra simply want to know why Cittagazze is deserted and before long, the group are breaking bread and sharing a beer.

Angelica explains the city had become overrun by “Spectres”, a dangerous force which targets adults, “ripping their insides out”. 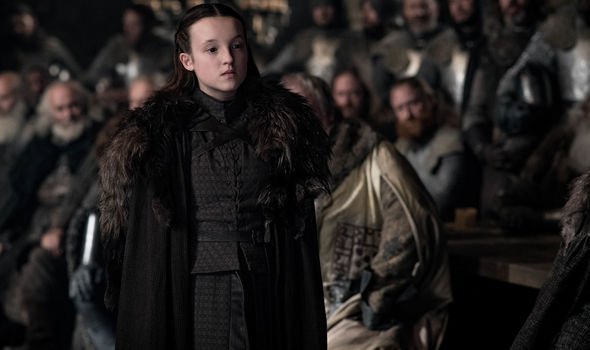 However, children are somehow immune to the danger but before Will and Lyra can discover more, Angelica leaves them be.

And while this startling introduction certainly landed Ramsey in the BBC fantasy drama with quite the impact, some viewers couldn’t help but comment on just how different she was compared to her GOT alter-ego.

Ramsey had ditched the armour and luxurious outfits synonymous with the head of Game of Thrones’ Mormont House for a scruffy shirt and trousers in His Dark Materials.

Stunned to see her appear, one fan said on Twitter: “The moment you realise that Lyanna Mormont, badass Lady of Bear Island, has been resurrected in #HisDarkMaterials.”

A second weighed in: “Great to see Bella Ramsey pop up in #HisDarkMaterials She’s a great actress.”

“It’s Bella Ramsey, she was awesome in game of thrones, nice to see her again #HisDarkMaterials,” said a third, while a fourth added: “Lyanna Mormont vs Lyra Silvertongue is the rivalry I never knew I needed. #HisDarkMaterials.”

Another quizzed, however: “F**k is Lyanna Mormont doing on #HisDarkMaterials?”

While a sixth was full of praise for the series: “It’s so good. Lyra and Will’s dynamic is perfect. It’s visually stunning. Ruta Kadi. And Bella Ramsey (Lyanna Mormont)!? Fast forward to next week pleeease #HisDarkMaterials.” (Sic)

While it remains to be seen how Ramsey’s character will get on in His Dark Materials, her Game of Thrones alter-ego certainly holds a place close to the heart of fans.

As the defiant and stern leader of the Mormont House, despite only being a child, Lyanna proved herself to be worthy of the title.

So much so that when the Night King (Vladimir Furdik) and his army of wights descended on Winterfell in the final season of GOT, Lyanna didn’t shy away.

In her final moments, Lyanna managed to kill off the wight’s giant and gave the likes of Jon Snow (Kit Harington) and Daenerys Targaryen (Emilia Clarke) a huge helping hand in their victory against the dead.

His Dark Materials season 2 continues Sundays on BBC One.