As the clock approached the 7am mark this morning, Piers Morgan and Susanna Reid were preparing for a chat with former Arsenal footballer Nicklas Bendtner. However, the ITV show was slightly derailed before they could speak to the Danish forward as Susanna spotted a mouse scuttling around the studio. Citing how terrified their colleague and newsreader Ranvir Singh was of the creature, it didn’t take long for proceedings to be derailed as the GMB cameras began to follow the intruder.

“There’s a mouse on the studio floor. There will be shrieks and wails, there’s been a lot of drama her in the commercial break.”

The ITV presenter continued: “It is under one of the camera, we just don’t know which one. Ranvir, you’re terrified of mice?”

Ranvir then explained how she doesn’t “like” them after having one in her home, before Piers mocked his colleague by letting out a high-pitched screech. 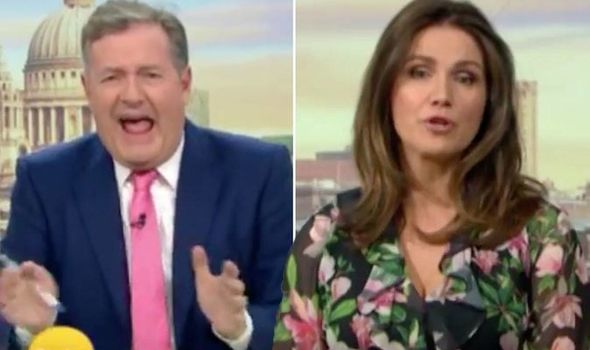 “I thought a crocodile had arrived on the set,” Piers said as he poked fun at his co-stars’ reactions.

Susanna then kept the jokes going as she ITV viewers: “We’ll bring you right up to date, we’ll be across that story and we have a full surveillance team.”

The show soon headed to another ad break but upon its return, the conversation still centred on the mouse. 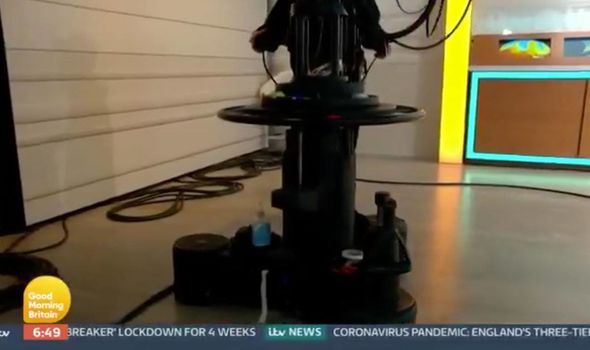 As Piers went to introduce Nicklas to the show, Susanna stepped in.

After noticing a number of the crew behind the scenes began to shuffle to look for the mouse, Susanna weighed in.

“There’s a lot of commotion behind the cameras,” Susanna said as she derailed Piers’ introduction of the footballer.

“Have you found the mouse?” Susanna asked as she scanned the set.