GOOD Morning Britain's weathergirl Laura Tobin screamed in pain as she was BITTEN by a penguin live on air.

The meteorologist, 39, yelled "I'm not a fish" as she was interrupted during this morning's forecast. 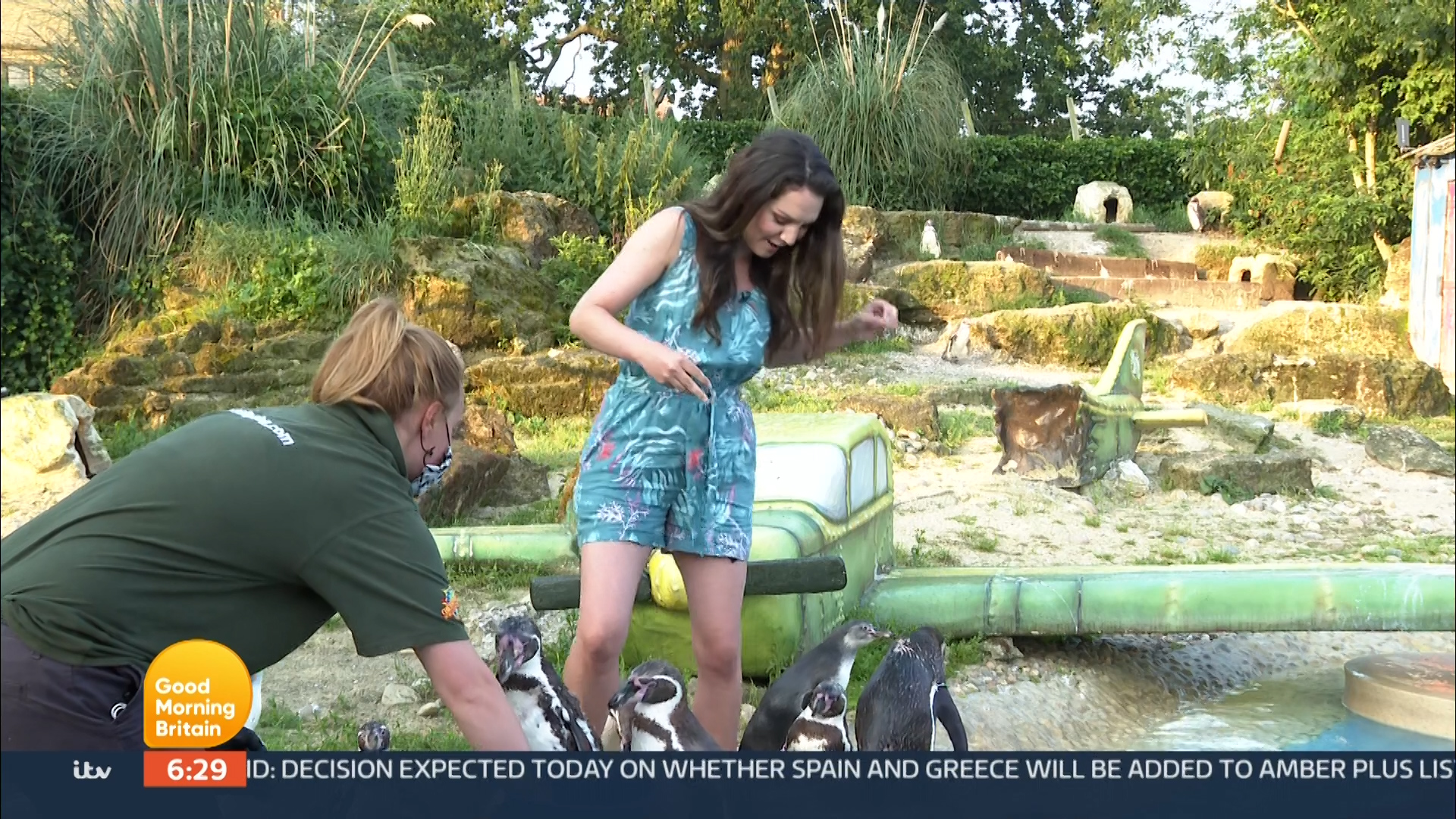 Laura was presenting from Chessington World of Adventures Resort where she was stood in amongst the penguins as they ate breakfast.

But she was caught off-guard when one ravenous penguin nipped the back of her leg as it confused her for a tasty fish.

"These high temperatures into the high 30s, but tail off into the low 20s as we head through the weekend and next week.

"The percentage chance of rainfall over the next few days is low, but from Saturday onwards it is high…"

Laura then yelped in pain and ended her live broadcast as she laughed: "Owww I haven't got any food. The penguins must think I am the food… I'm not a fish!"

The 39-year-old, from Northampton, previously worked for the BBC but moved in 2012 to ITV's morning show Daybreak, which then became GMB.

She began her career working for the Met Office and moved to BBC Radio Wales before doing aeronautical meteorology reports at RAF Brize Norton and via the British Forces Broadcasting Service.

Laura has also appeared on The Chase, Drive with Vernon Kay and Pointless Celebrities.

She was also the first person to ride the infamous Smiler roller coaster at Alton Towers.

The fan favourite has often been compared to the Duchess of Cambridge because of her sense of style. 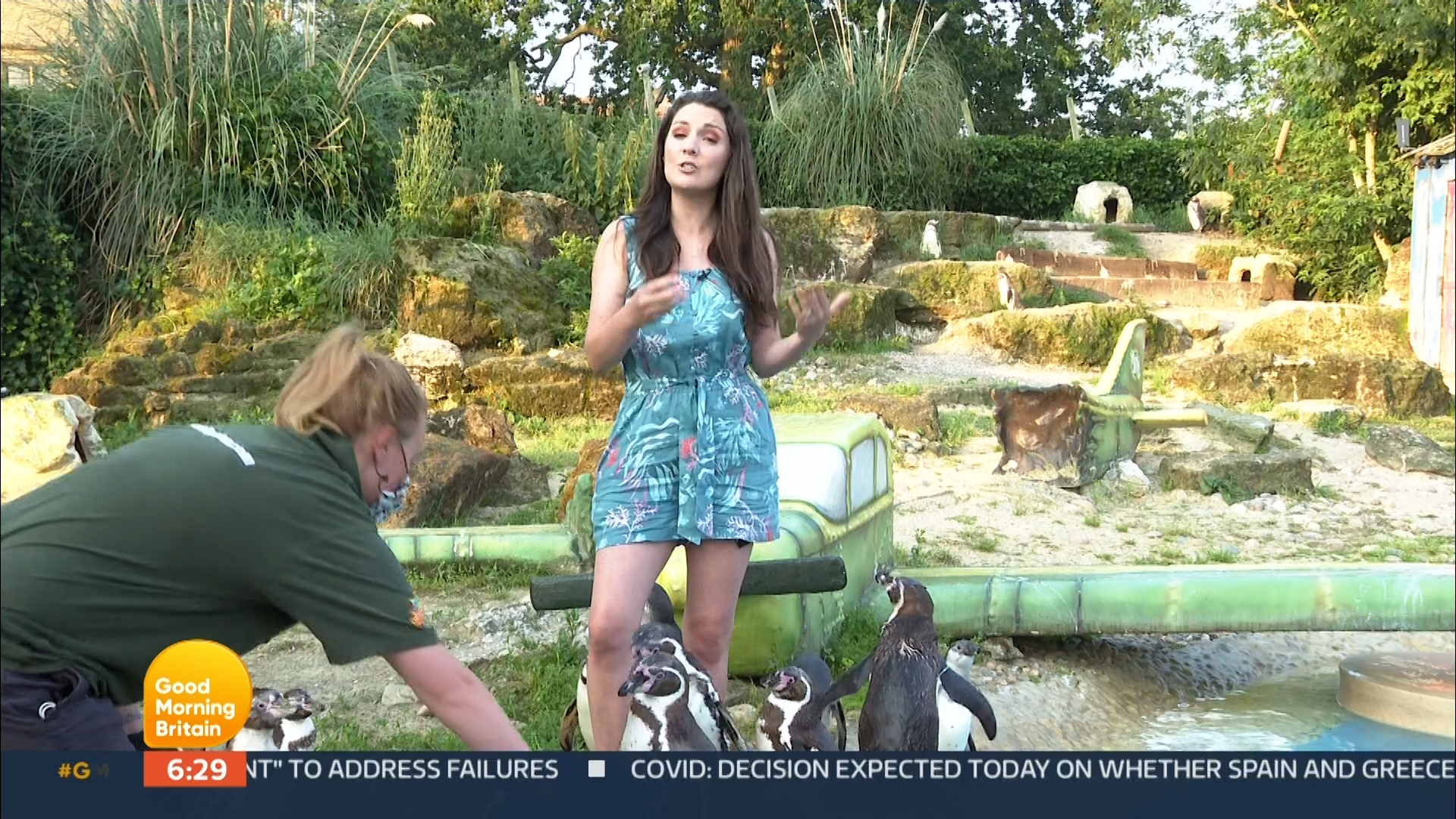