GOOD Morning Britain viewers have broken down in tears at a sombre tribute to carers who had died during the coronavirus pandemic.

Presenters Ben Shephard and Ranvir Singh read out tributes to carers, nurses and doctors who have died while working on the front line against the virus. 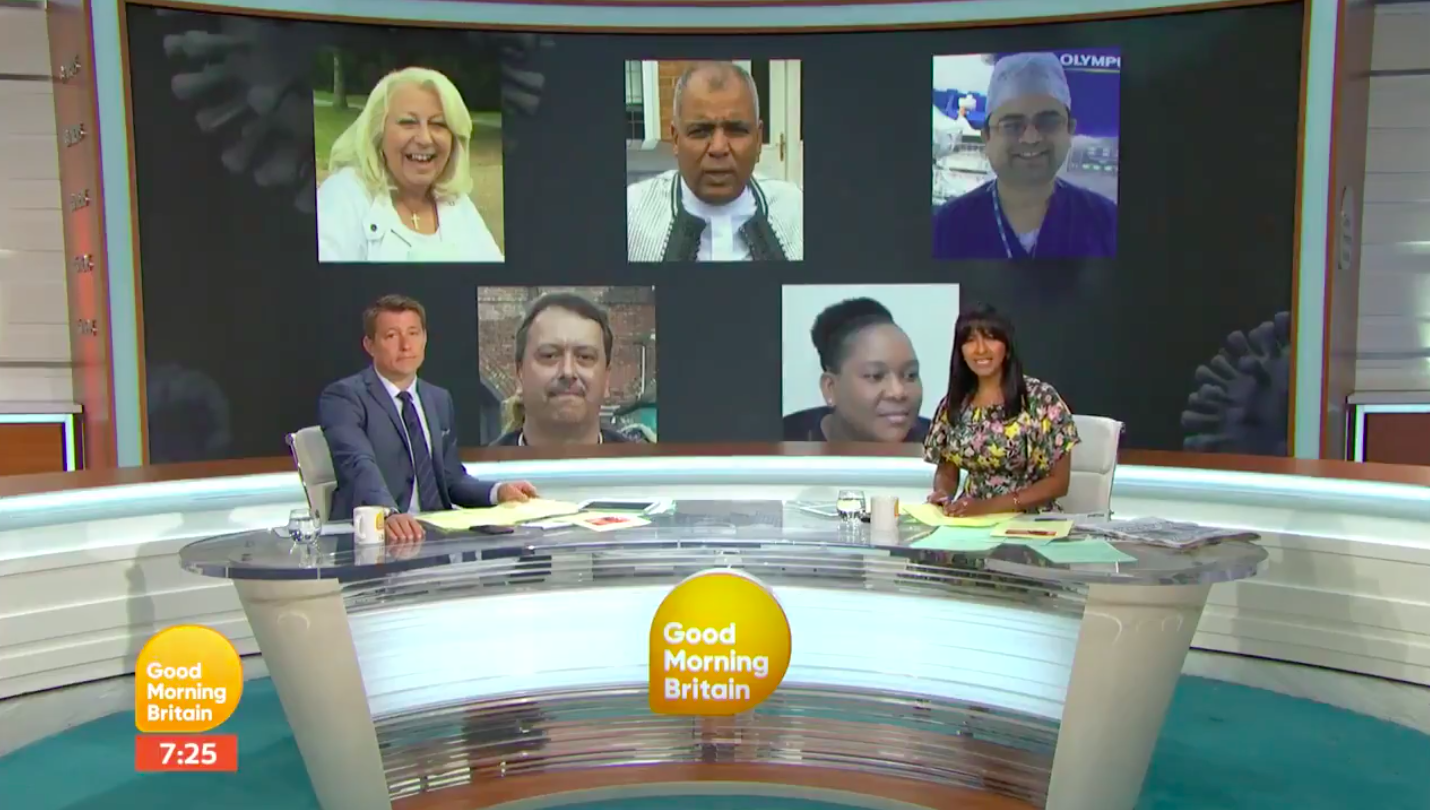 Ranvir said: "188 health and social care workers are confirmed to have died and behind every statistic is a real person and their grieving relatives and friends.

"We’ve spoken to those individuals and we want to tell you a bit about them."

The show then paid tribute to these five keyworkers. 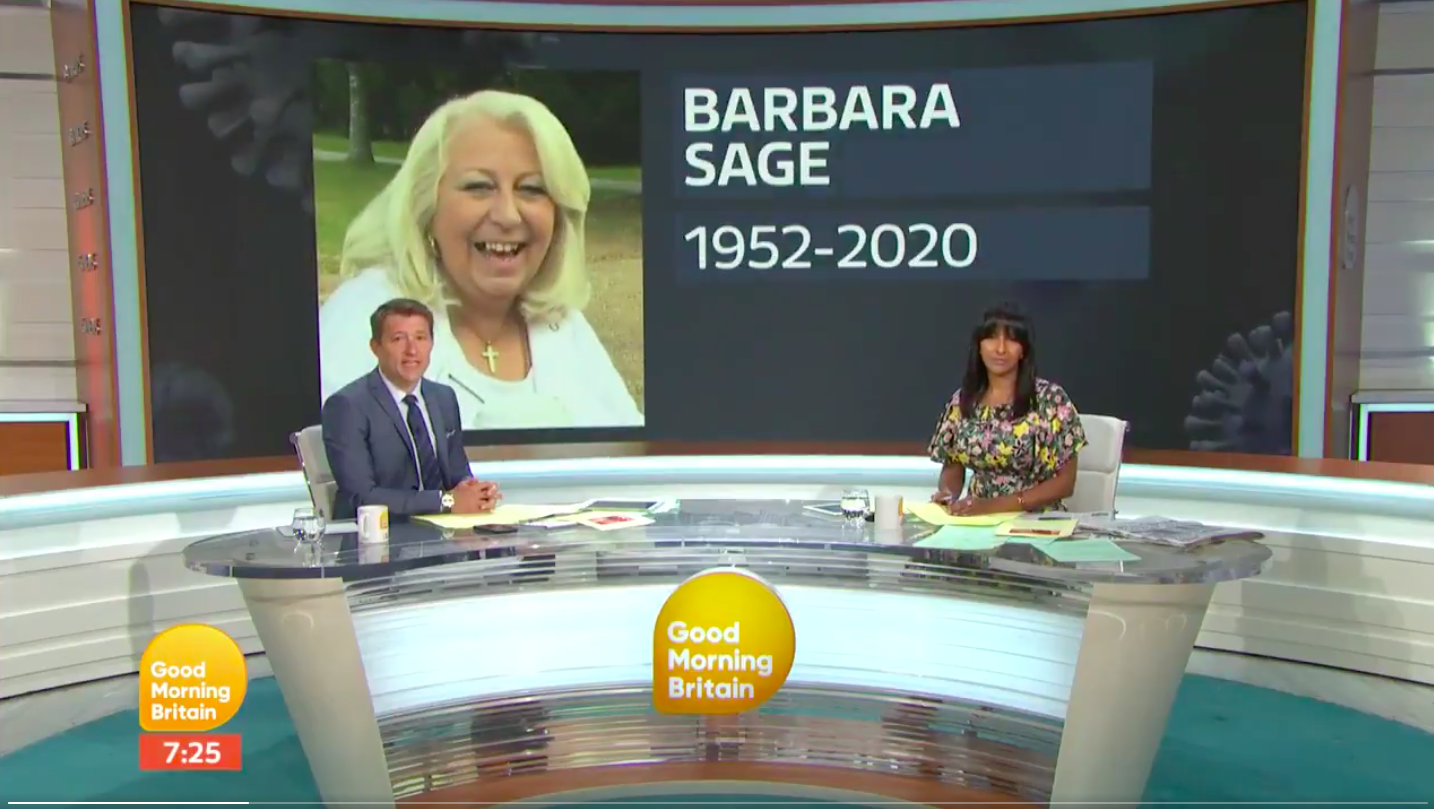 This is Barbara Sage from Bromley. She died aged 68 on Easter Sunday and she had a fabulous smile.

Barbara was a palliative care nurse for over 40 years and was just two months away from paying off her mortgage. She planned to scale back the hours she worked but not retire entirely.

Her family say she loved listening to music from 60s classics to Ed Sheeran and UB40 and she loved to do the hoovering. Sometimes getting up as early as 6am just to hoover her house.

Barbara, who has held the hands of hundreds of people in their final moments was surrounded by nurses when she died. Her daughter Donna said goodbye over video call. 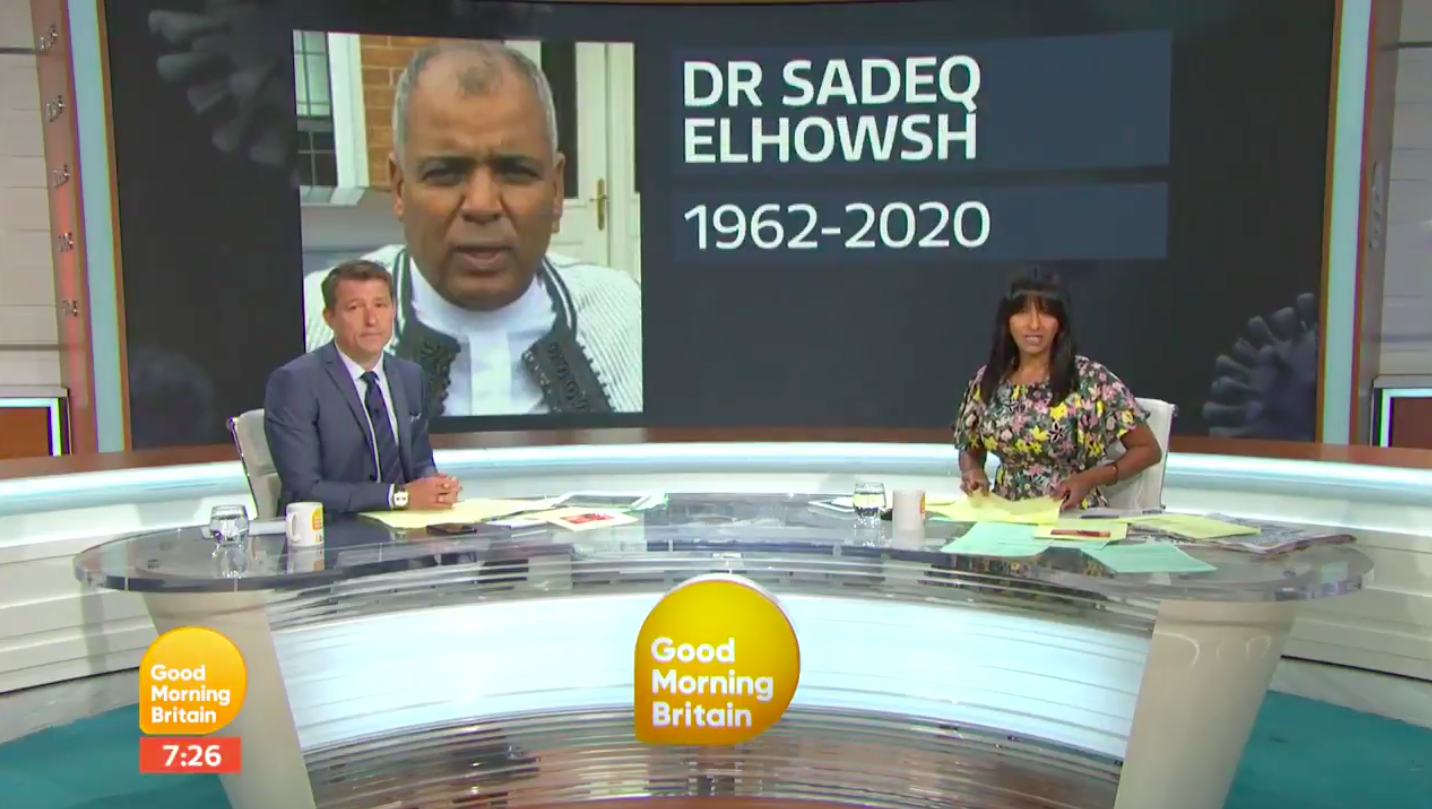 He was a husband and father to four sons, the youngest is just six years old.

He moved to the UK from Libya as a student and desperately missed the family he left behind.

His family nicknamed him Shield as they say he was always there to protect and help when they needed it.

He loved his job as an orthopaedic surgeon at Whiston Hospital on Merseyside where he’d worked for 17 years.

Sadeq was a devout Muslim, described by his coworkers as kind, dedicated and quiet. He died aged 58. 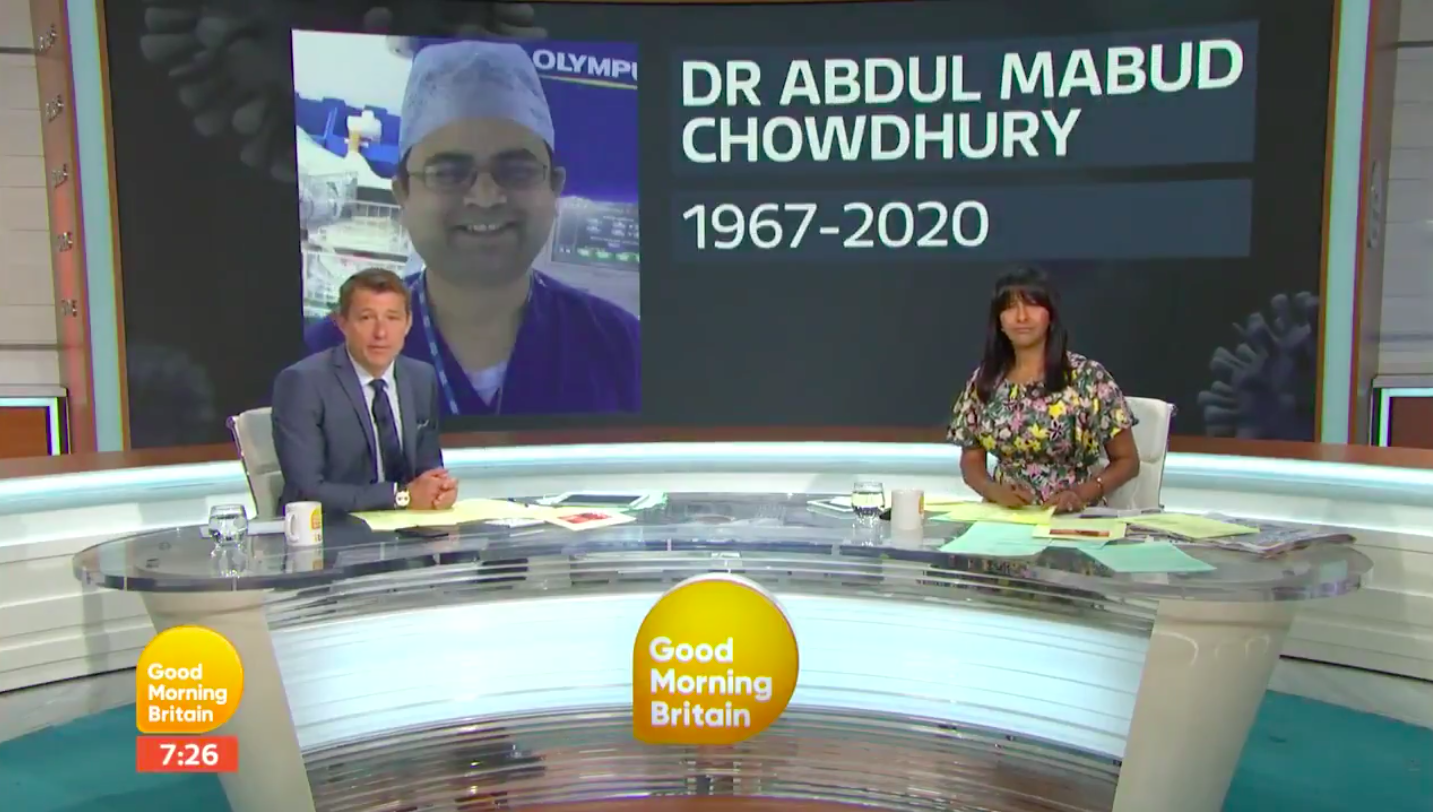 He was according to his son a real party animal.

His daughter says he was a risk taker and the loudest snorer in the world.

He would take 11-year-old Marisha for ice cream every Wednesday after school. He liked to call her his lovely jubbly daughter.

Abdul was 52 and a consultant neurologist at a hospital in East London. Before he died he wrote an open letter to Boris Johnson asking him to urgently ensure PPE for NHS workers. 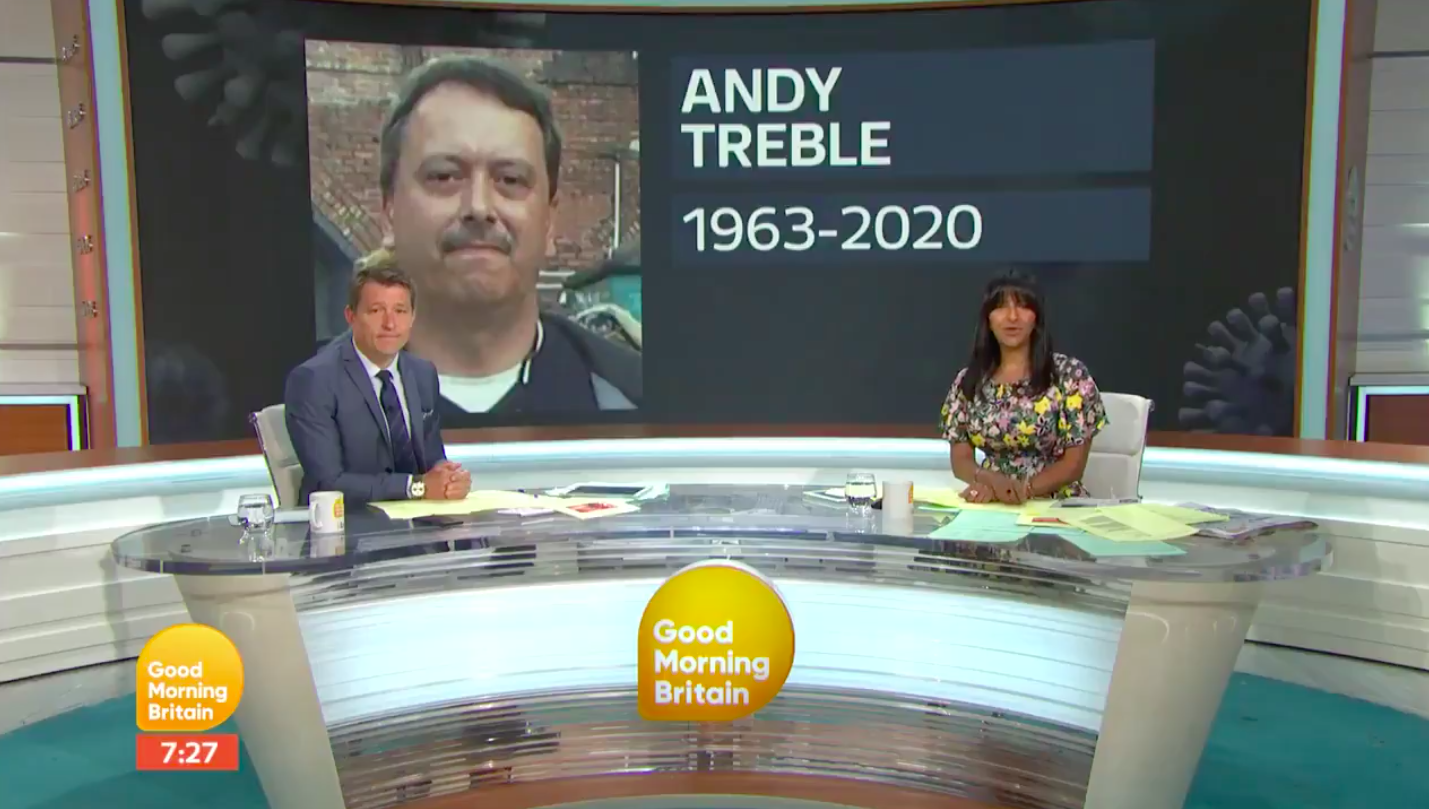 Andy Treble is remembered for his sense of humour.

He especially liked slapstick old-school comedy. He was a huge fan of Coronation Street and his family say he rarely missed an episode.

He loved football so much that he supported two teams – Liverpool and Shrewbury Town. Andy was a theatre assistant at Wrexham Maelor Hospital where he’d worked for nearly 40 years.

He had taken on extra shifts to help with the pandemic. Andy died aged 57, just four days after his dad Tony, who also died from coronavirus.

He leaves behind four sisters, his 17-year-old daughter Emily and 20-year-old son Jack. 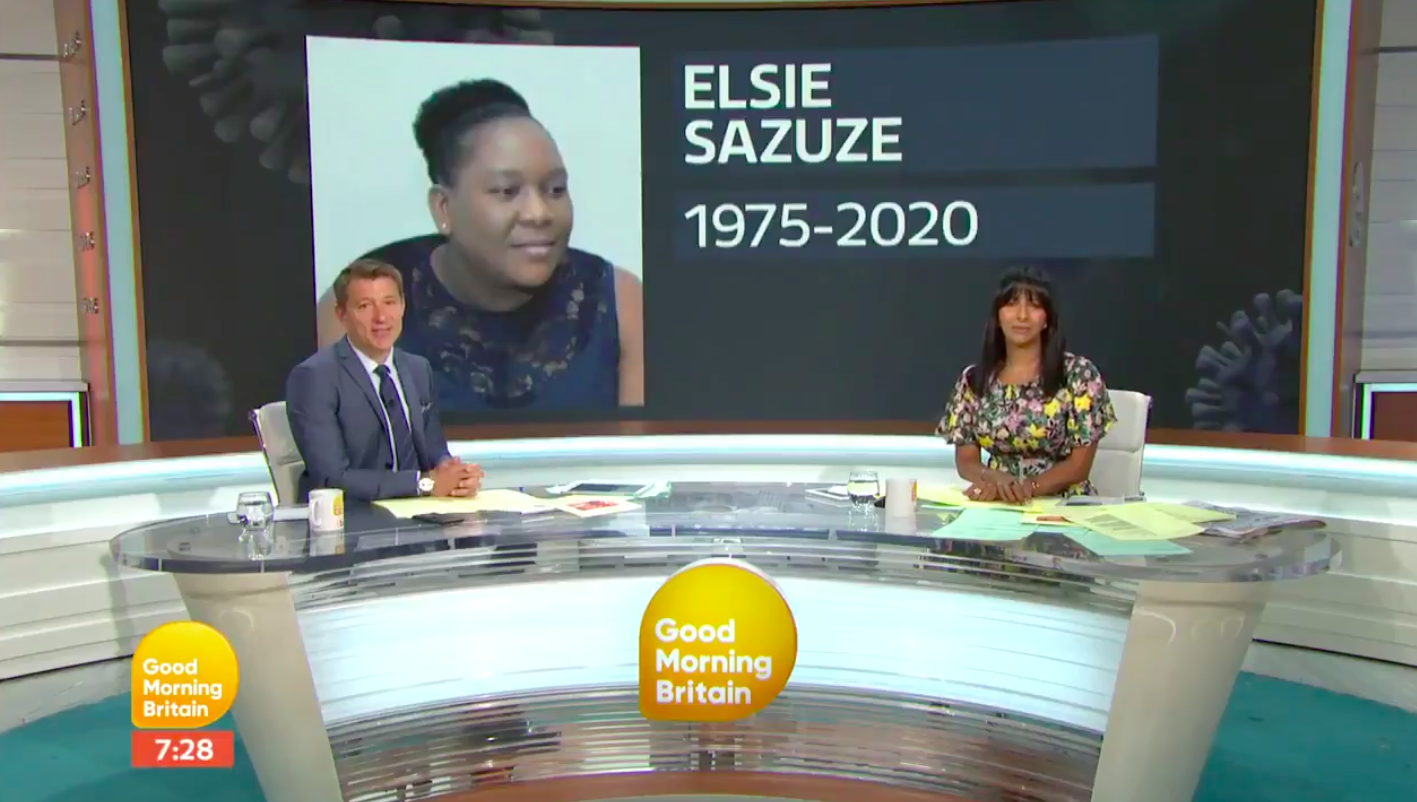 She was a care home assistant in the West Midlands, a job her family say she loved.

Elsie and her husband Ken also liked to go clubbing together. Ken says the whole family relied on Elsie and she was always two steps ahead of him.

Before she died she had managed to save enough for a holiday to Gran Canaria, a holiday they will now never take. Elsie died aged 44. Home, her family say, is just not the same without her.
The emotional segment had viewers in floods of tears.

A second said: "The faces and names behind the numbers….Heartbreaking but they so deserve recognition. Thank you Good morning Britain [crying emoji] #goodmorningbritain #GMB @benshephard"

Another added: "@GMB that was just lovely! Very emotional but very well done."

The total death toll from the coronavirus in the UK reached 37,460 yesterday after a further 412 deaths were recorded.

There have been more than 267,000 confirmed cases in the UK so far.