GOOD Morning Britain's Susanna Reid got tearful this morning as her co-host Laura Tobin announced her pregnancy live on air.

The weather presenter went public with her baby news in an emotional moment on the show today, revealing she's expecting a baby with her husband Dean Brown.

Laura shocked Susanna and Piers Morgan during her first weather segment of the day, when she declared she is having a baby.

She said: "I am having my own little ray of sunshine, yes I'm having a baby."

Susanna and Piers both expressed their shock as Laura explained that only her close family members know about the tot, and she had chosen to reveal her big news to the rest of her loved ones on TV.

Susanna even confessed: "I had a tear in my eye," and her co-host had a cheeky suggestion: "Piers is a great name, you know." 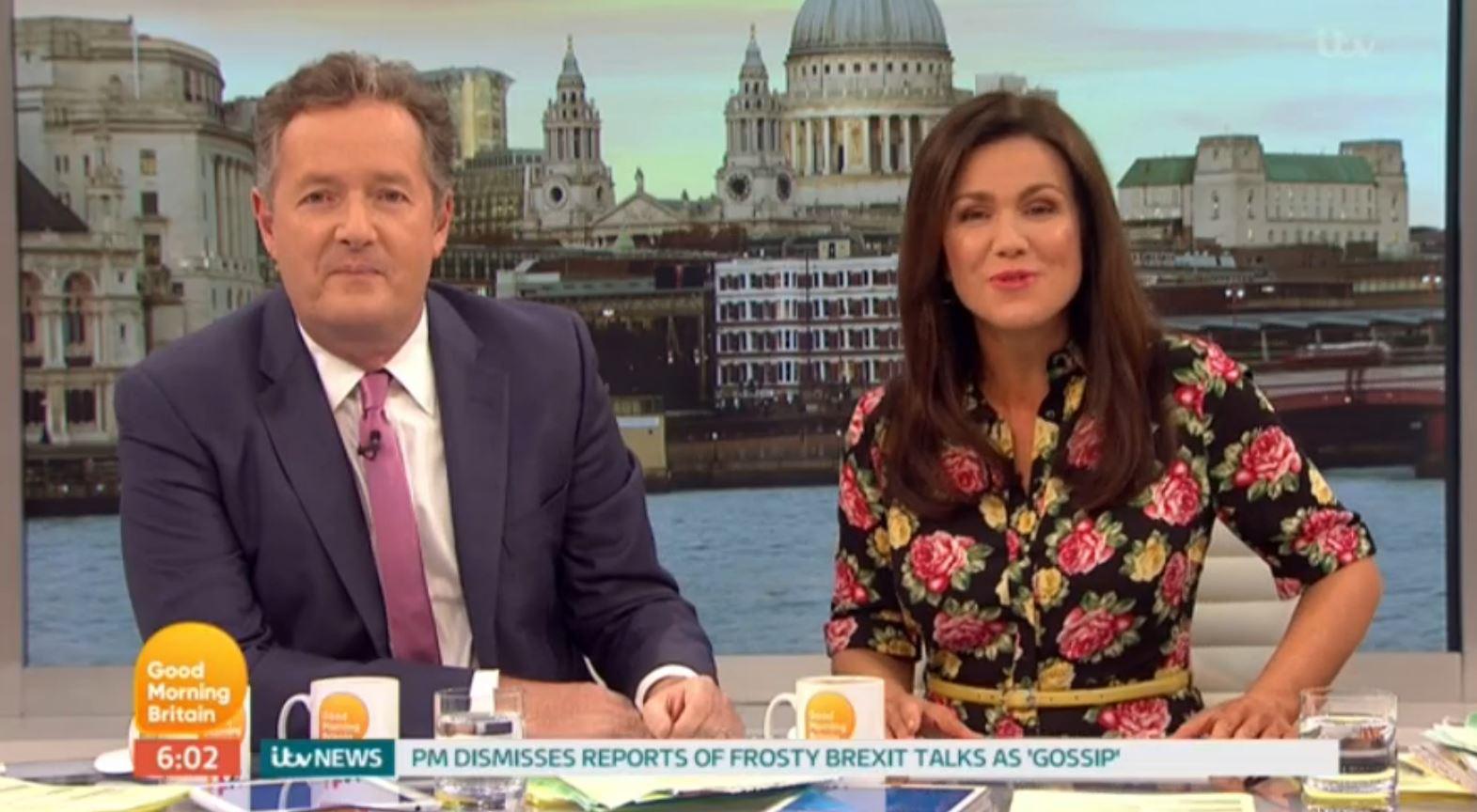 Most read in TV &amp; showbiz

Laura, 35, has been married to her husband Dean Brown for seven years.

The couple tied the knot back in 2010, and they are now to become first-time parents.

Laura later insisted she has no sign of a bump at the moment, and her belly currently looks like "a food baby".

She also apologised to Cornwall and Devon as later in her pregnancy, the counties may get covered up on the weather map by her bump.

After the baby news announcement on today's show, Piers teased Susanna about wanting another baby herself as she became so emotional.

But Susanna, who has three kids, hit back, insisting she was just happy for her pal and has no plans to become a mum again.

She has been a bachelorette ever since her split from partner Dominic Cotton in 2014.

Ever since then, the 46-year-old has been pestered about when she plans to find another man, and in a new interview with The Times, she admitted she was content with being on her own.

She said: “A new relationship at this age and stage would take an enormous amount of emotional energy. “I’m not ruling it out, but I’m just saying right now it’s not likely. I don’t need anything else.

“When I’m with my children, I want to be properly with them.