Get your hot chocolate and Christmas cookies ready. Hallmark Channel’s preliminary “Countdown to Christmas” schedule for 2021 is here, and it’s jam-packed with holiday goodness. This year’s lineup features new movies starring Hallmark regulars such as Danica McKellar and Candace Cameron Bure, as well as a sequel to 2020’s The Christmas House, the network’s first holiday movie with an LGBTQ couple.

Hallmark Channel’s ‘Countdown to Christmas’ kicks off on Oct. 22 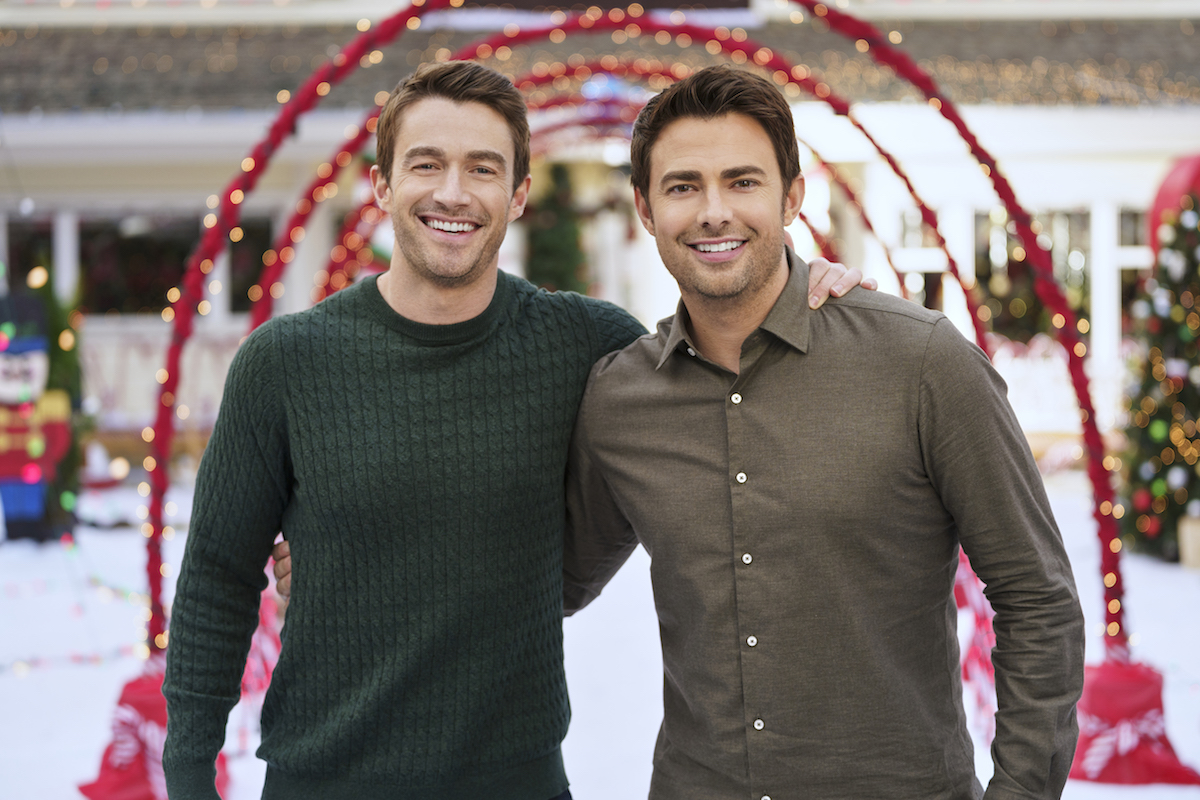 Hallmark is doing things a bit differently this year, revealing titles and premiere dates for its first few weeks of 2021 holiday movies rather than unveiling the entire schedule all at once.

This year’s “Countdown to Christmas” begins Friday, Oct. 22 with You, Me & The Christmas Trees starring Danica McKellar, Benjamin Ayres, and Jason Hervey. McKellar is Olivia, an expert on evergreens who steps in to help out Jack (Ayres) when a mysterious disease starts killing the trees on his family’s Christmas tree farm.

Other movies in this year’s “Countdown to Christmas” lineup include:

Oct. 23: Boyfriends of Christmas Past, starring Catherine Haena Kim, Raymond Ablack, and Paul Sun-Hyung Lee. It’s about a marketing executive who receives visits from the ghosts of four ex-boyfriends.

Oct. 24: The Santa Stakeout, about a police detective (Tamera Mowry-Housley) who must work with another detective (Paul Campbell) to solve a string of holiday season heists.

Oct. 29: Christmas in Harmony, about a woman named Harmony (Ashleigh Murray) who is tricked into auditioning for the holiday chorus, which is directed by her ex-boyfriend. Luke James, Loretta Devine, Michelle Williams, and Basil Wallace also star.

Oct. 30: Coyote Creek Christmas, which features Janel Parrish and Ryan Paevey as two people who find love thanks to a “Christmas Around the World” party.

Oct. 31: Christmas Sail, which stars Katee Sackhoff as a woman who returns home to care for her estranged father and then reconnects with her best friend. Patrick Sabongui and Terry O’Quinn also star.

Nov. 5: Open By Christmas, starring Alison Sweeney, Erica Durance, and Brennan Elliott. Sweeney plays Nicky, who discovers an opened Christmas card from her high school secret admirer. She and her best friend team up to find out the sender’s identity.

Nov. 6: Back to the Future stars Lea Thompson and Christopher Lloyd reunite in Next Stop Christmas. It also features Lyndsy Fonseca as a woman named Angie who wonders how her life would have been different if she’d married her ex who became a famous sportscaster.

Nov. 7: A Christmas Treasure, which stars Jordin Sparks as Lou, a woman who is wondering whether she should move to New York after the holidays in order to further her writing career after she meets a charming chef (Michael Xavier).

Other Hallmark holiday movies for 2021

Hallmark has also revealed titles for several other upcoming holiday movies, though premiere dates haven’t yet been announced.

The Nine Kittens of Christmas is about two cat lovers named Zachary (Brandon Routh) and Marilee (Kimberley Sustad) who must find homes for an adorable litter of kittens at Christmastime. It’s a follow-up to 2014’s The Nine Lives of Christmas.

Christmas at Castle Hart stars Lacey Chabert. She plays a woman named Brooke who heads to Ireland for Christmas to learn more about her Irish roots. While there, she meets Aiden Hart, Earl of Glaslough (Stuart Townsend) and is hired to host his castle’s epic Christmas event.

The Christmas Contest features Hallmark’s Christmas queen Candace Cameron Bure, as well as John Brotherton and Barbara Niven. It’s about exes who compete in a Christmas contest to win money for their favorite charity.

Finally, there are Sister Swap: A Hometown Holiday and Sister Swap: Christmas in the City, a pair of holiday movies starring real-life sisters Ashley Williams and Kimberly Williams-Paisley. They play siblings who switch cities leading up to the Christmas holiday.