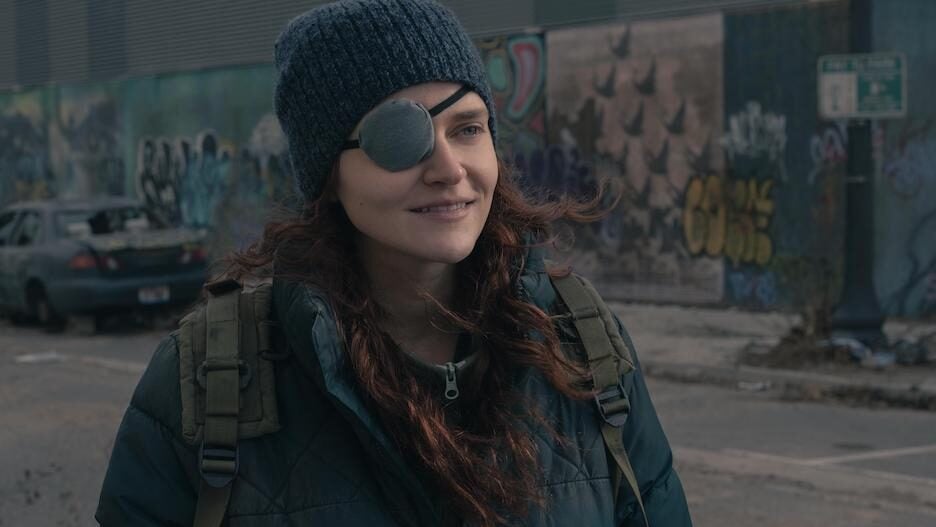 (Warning: This post contains spoilers for Episode 405 of “The Handmaid’s Tale.”)

This week’s episode of “The Handmaid’s Tale” ended with a blast, literally, when June (Elisabeth Moss) and Janine (Madeline Brewer) set off together in search of the Nighthawks, following Janine’s initial decision to stay with Steven’s (Omar Maskati) rebel hangout in Chicago. An aerial bombing broke out above them, and June and Janine were separated in a blast that definitely would have been hard for either of them to survive.

But come the end of the Season 4 episode, we see June alive in the rubble, badly injured and attempting to find Janine when Moira (Samira Wiley), on a missionary trip from Chicago, finds her long-lost friend.

So June is, hopefully, alive and on her way to freedom — but what about Janine and the possibility that her decision to go with June was a fatal one?

“Who is to say whether or not it was a fatal choice? I will not say,” Brewer told TheWrap. “But the fact that Janine made a choice based on just herself and what she thought would be best for herself. She even says, ‘I feel safer when we’re together.’ I think she made a choice based on the fact that she loves June, she does. She loves her like a sister, like a friend, like her own blood.”

Brewer added: “Sometimes we kind of think of Janine as childish and she doesn’t allow a childish crush or fun little moment to sway her from the fact that, ‘This is my friend, and she needs me and I love her and we’re going to see this through to the end, no matter what. No matter what that end is for either of us, or whether it is an end for us, I’m going to do this with her because I’ve committed to this now. I’m going for it.’”

A new episode of “The Handmaid’s Tale” launches next Wednesday on Hulu.