Prince Harry will remain in US long term claims commentator

Prince Harry and his wife Meghan Markle decided to step down as working Royals in March 2020 and moved to California to live their life together. Despite living in the US, Harry and Meghan have returned to the UK on several occasions for family celebrations which recently included the Queen’s Platinum Jubilee. However, current affairs broadcaster JJ Anisiobi recently suggested Prince Harry would never come back to the UK full-time due to business commitments.

Speaking about their exit from the Royal Family, Mike Graham who hosted Talk TV’s The Talk on Friday night expressed: “Meg-exit may have been a watershed moment for the Royals but could Harry one day return to the firm on his own?

“The Prince’s former protection officer Ken Wharfe has said he ‘believes Harry may eventually come home with or without his wife’.

“Wharf thinks Prince Charles may create a new role for his youngest son once he becomes king as part of his vision for a slimmed-down monarchy.

“But after such a fleeting visit for the Jubilee, is there ever a time when we would welcome him back? 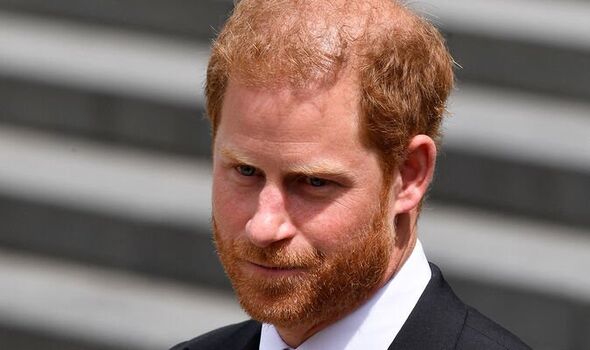 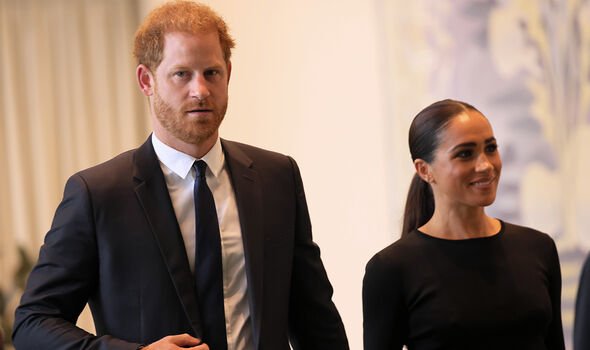 “Well, I have a feeling that JJ will have something interesting to say, particularly after giving him my view which is I think he will come back, I have always believed at some point or another Prince Harry will realise that he has made a terrible mistake.

“He’s become this kind of ‘celebrity’ in Hollywood, in California, he is living with Meghan who seems to pull all the strings around him.

“He has become a completely changed character, gone is the Prince Harry of the Army, the guys he used to be with all the time. 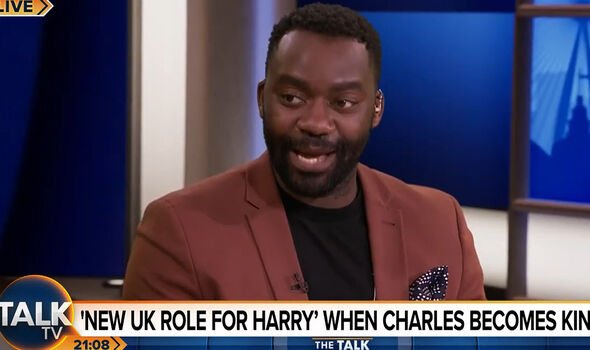 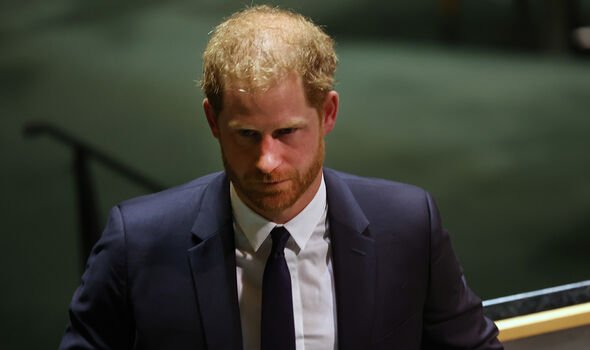 “He will see the light and you will all be proved wrong when he comes back on his own.”

However, JJ disagreed with Mike’s views and explained: “He is going to stay over there, my sources in his camp say that actually, despite what you think, he loves it over there and Meghan, his wife, loves it and his kids love it.”

Interrupting, Mike quipped: “He doesn’t look very happy?” to which JJ snapped back: “Are you in the house? Are you in the yard with them?”

Laughing, Mike added: “I told you they put that big fence up around the house in order to keep him in, not to keep him out.”

“I wouldn’t say, in a royal position, at least for another 10 to 15 years, because that will then have everyone, like you Mike, saying, ‘Told you so, he is back’.”

Ken recently appeared on the Pod Save the Queen podcast and expressed: “Personally I do and I base that on gut reaction really. I just cannot see them forever more living in California.

“It’s clear to me that Harry is not quite a fish out of the sea – I mean he is getting involved in charitable work and he has these attachments to Netflix and other companies but quite where they’ll end up we don’t know.

“But I just think his involvement with his military charities – quite how he runs that on the other side of the Atlantic, I don’t know.

“I just have this feeling that he could well be back in a new role, with or without Meghan – I honestly don’t know.

“But to answer your question, I do think he will be back in some form as part of his father’s plan for trimming down the monarchy because within the next decade that is going to happen.”

The Talk airs weekdays from 9pm on Talk TV.