Pimlico Plumbers boss says he wants all staff to get vaccinated

Charlie Mullins, the founder of Pimlico Plumbers, is no stranger to the backlash and trolling that comes from divisive television debates. However, after his latest Good Morning Britain row over compulsory vaccines for employees sparked uproar, it has since become a policy toyed with by businesses everywhere and has even become a topic for debate in Westminster. Speaking to Express.co.uk about his experiences on the small screen, online trolls and GMB’s coverage of the coronavirus pandemic, Charlie discussed all about why he firmly stands by the policy and why host Piers Morgan is the “best on television” when it comes to the explosive debates.

“If there’s a programme that I’ll tune into at the moment, it would be GMB,” Charlie began.

“On the basis that they ask the right questions, they get the right people on there, and they don’t put up with any rubbish. They’re challenging people about it.

“And if things don’t add up or are wrong, then certainly Piers Morgan is very quick to establish that. So, you know, I think it’s the only way to go forward with presenters sort of challenging the government on it, and really getting the facts out there so that we’ve got some understanding,

“Rather than keep being misled by what the newspapers want to write and what certain other channels want to portray. I’m all for the honesty of it and being direct and getting the right answer.” 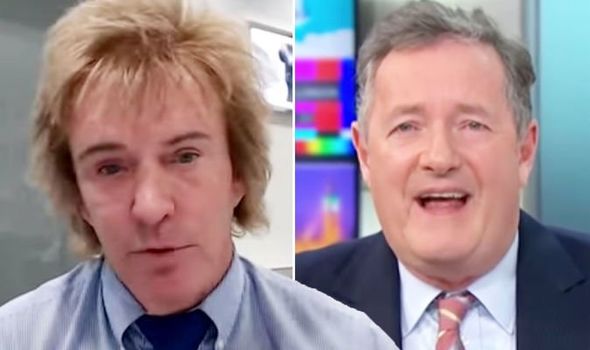 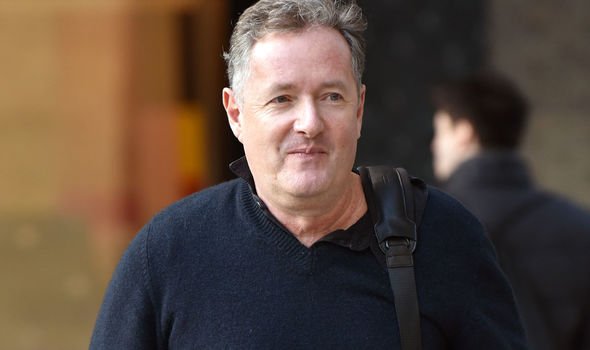 While Charlie’s latest appearance on GMB saw Piers predominantly side with him as he expressed his preference to use a service made up of vaccinated employees, the two have locked horns once or twice before.

And when asked if Piers’s directness is what makes him a fan, Charlie noted the two did have their differences of opinion but agreed: “I think so, he often asks a pretty straightforward question and the answer is yes or no.

“I will give a direct answer, but I think we’re drinking from the same teapot on certain things. But I could go on there one day and clash with him and I’ll accept that. I mean, it doesn’t mean he’s right. That’s his view on it.” 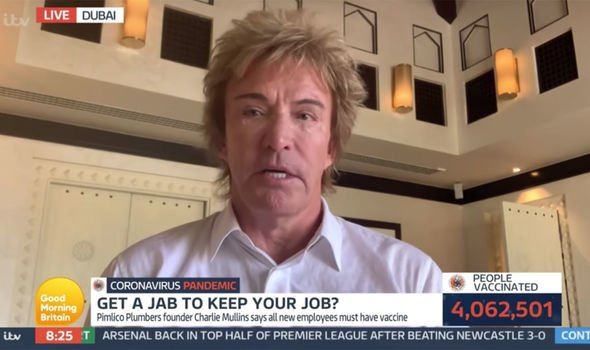 Charlie added: “I certainly feel, I sort of go on [to GMB] expecting that I might get a hard time and often come up against someone that’s completely coming in a different direction – I’ve often noticed that they’re a million miles away from the truth, you know.

“A lot of it is common sense. And yes, there’s always gonna be controversy, and I don’t expect Piers or all the presenters to agree with me but certainly lately we’re drinking from the same teapot.”

Praising Piers and GMB’s handling of pandemic coverage as a whole, Charlie went on to say: “I do think Piers Morgan is one of the best presenters we’ve got on the television.

“He gives people a hard time and he’s ruthless but I think it’s justifiable. I think we need more of it.”

The Pimlico Plumbers boss then encouraged other outlets to adopt a similar interviewing style.

“I’d like to see people challenged more and if the word is ‘ruthless’ just for being (like that) with their guest then so be it,” he added.

“I actually enjoy the rows and disagreements with a lot of the presenters and they ask us to come back so I think my opinion is valid.”

Charlie also discussed his unwavering stance on the need to have his workforce vaccinated as the UK aims to exit lockdown and tackle the pandemic head-on.

“I believe in it,” he continued. “I believe it’s the only way forward that we’re aware of at the moment. And, you know, I’m not trying to put my head above the parapet,

“I think quite often the majority of people do agree with you, and obviously the minority don’t, everyone has their own view and opinion, but I just feel it’s the way forward.”

Reinforcing his stance further, Charlie concluded: “It’s all about safety, that’s my main concern of it, and I’m not a sort of sit on the fence type of character.”