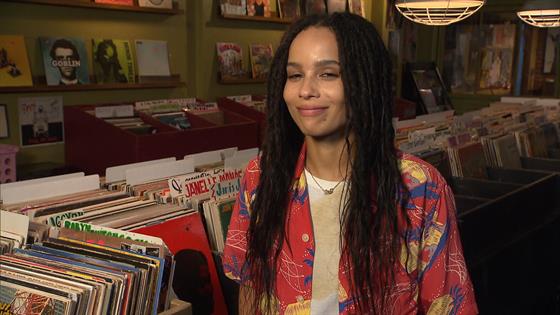 Get ready for one nostalgic, musical journey.

Hulu just launched its version of High Fidelity, which many may know as a 2000 movie starring John Cusack. The show is actually based on the book that the movie was also based on, also called High Fidelity, by Nick Hornby, as Zoë Kravitz reminded us when we visited the set last year.

Kravitz stars as a gender-flipped version of Cusack’s character, a record store owner recovering from a breakup who’s obsessed with ranking things. The show looks and feels like another time before iPhones and Spotify even though it’s set in present day, which is part of the reason Kravitz says it’s the right time for the story’s return.

“I think there’s an interesting thing going on right now with our generation and nostalgia, and someone who owns a record store in this day and age is holding onto something that is kind of a dying thing,” she told us. “Record stores don’t really exist the way they used to anymore, and I think that’s an interesting thing to explore, someone who’s lost or stuck in the past emotionally.”

Kravitz’ mother, Lisa Bonet, played a singer in the movie, and while she says she was too young to go to the premiere, she grew up loving the movie regardless of her mom being in it.

“I think it’s a cool thing that she was a part of it, and it feels like a very cool, serendipitous, full-circle situation for sure,” she says.

Da’Vine Joy Randolph stars as Cherise, a reimagining of Jack Black‘s character from the movie. She hasn’t yet met Jack Black but she’s got a plea: “Jack, please contact my people and let’s talk, because we have season two…I wanna get your input! Please!”

“That man is everything,” she adds.

“It can work in all different styles and time periods, and I think in particular the story in which we’re telling is about 2019, gentrified New York where there’s so much culture and buzz and yet giving ode to the time of the past. What’s beautiful is everyone’s gonna be down for it, because old people will feel nostalgic and enjoy hearing these records…it’s something that I think just stands the test of time. 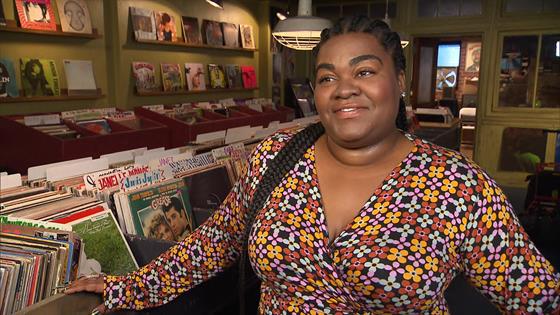 Hit play above to hear more from both Kravitz and Randolph!

You can watch High Fidelity on Hulu now.