Tonight’s first instalment of His Dark Materials season two will see Lyra (played by Dafne Keen) find herself in a whole new world after crossing a bridge made by her father Lord Asriel (James McAvoy). In this new place she will meet Will (Amir Wilson) and they try to work out why they’ve been drawn together. Meanwhile, the pair will be hunted down by the Magisterium as Mrs Coulter (Ruth Wilson), Lyra’s mother, interrogates a wife about her daughter’s location.

The second season follows Lyra as she becomes more determined than ever to find out why her father is so obsessed with dust.

Meanwhile, Will is simply trying to find answers about his father’s disappearance.

As the two embark on an adventure together, actress Dafne has spilled all on what fans can expect from her character and why Lyra “annoys” her.

She told Radio Times: “She’s gone from being extremely trusting to not trusting herself, Pan [her daemon] or the alethiometer [the mysterious device that gives her guidance]. 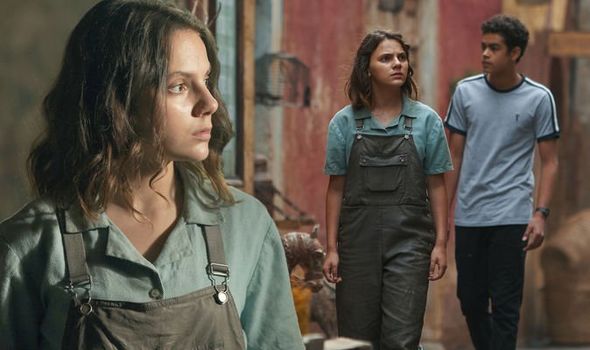 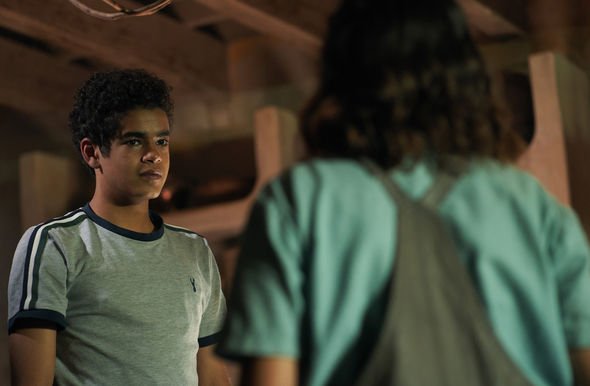 “She arrives in a strange new world and meets Will [Parry], another loner, who brings her out of her shell.

“It’s beautiful to see Lyra become much sweeter towards others because of him.”

Dafne said while she was nervous about meeting co-star Amir, they hit it off.

“It’s so unusual to see leads who are a young girl and a black boy. We should see more of it,” she stated. 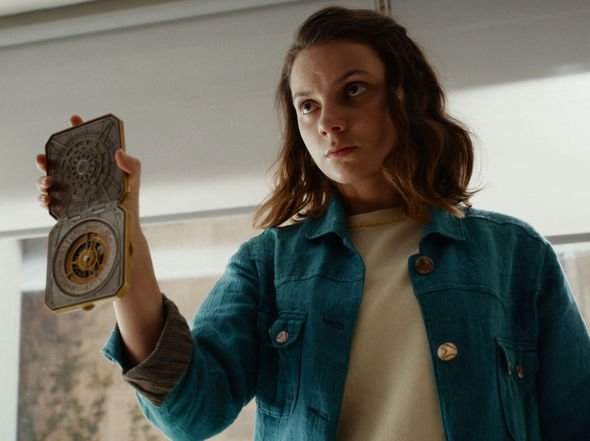 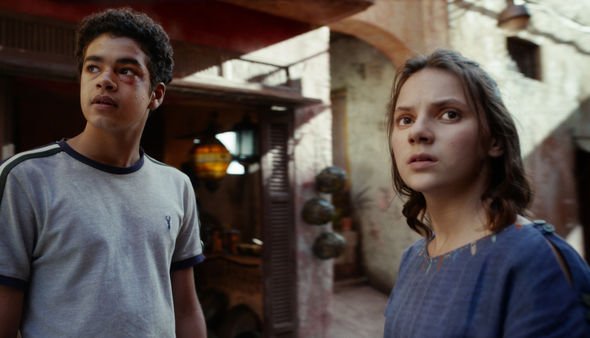 Detailing their on-set relationship, she revealed: “Amir and I love to prank each other.

“Once when Amir left our Cardiff set to go home to London, we wrapped everything in his trailer in recycled clingfilm: his pillows, his bed, his food…”

But while she gets on with her co-star, Dafne isn’t so keen on Lyra’s personality admitting she feels bad for the girl from Oxford.

It annoys me how naive Lyra can be. It gives her so many problems.

“I feel bad for her. She used to be very arrogant, but she’s better now.”

Meanwhile, her co-star Amir said he likes how “spontaneous” Lyra can be.

He told the publication: “Will’s more chilled out and careful, always kind of on edge.

“Lyra is quite spontaneous. But as the series progresses, you see their personalities mix and match, and Will grows in confidence.”

The synopsis for tonight’s instalment reads: “Lyra and Will find themselves in a strange new place.

“The Magisterium take action as Mrs Coulter interrogates a suspected heretic witch, and Lee Scoresby embarks on a mission.”

His Dark Materials airs on BBC One tonight at 8.10pm.