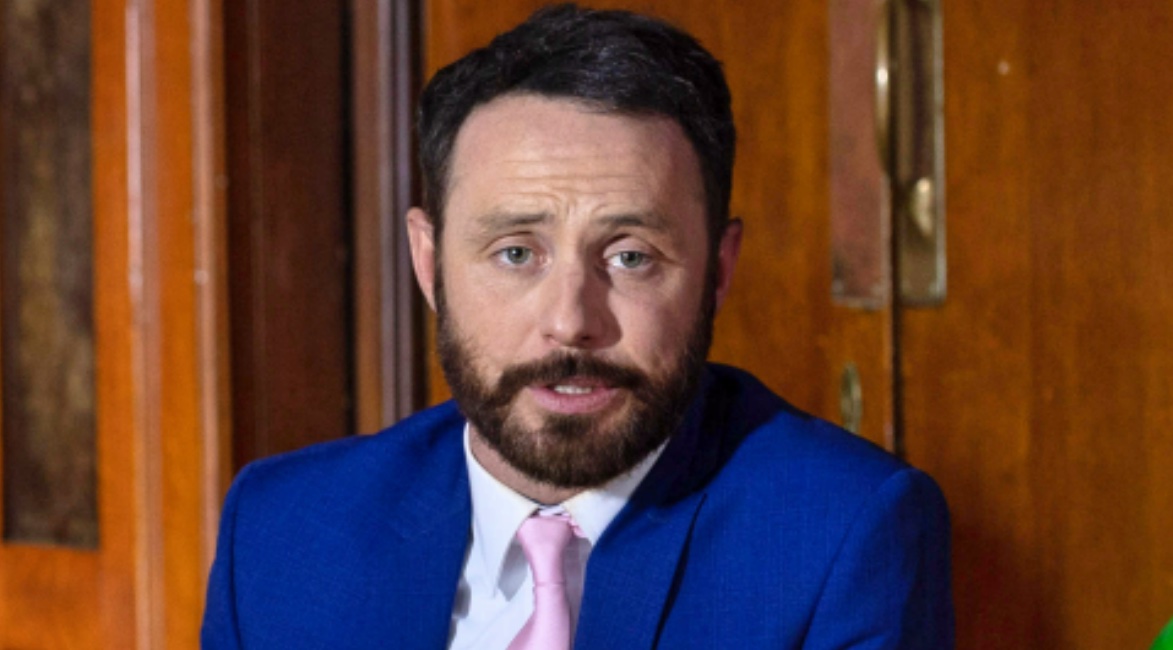 James Nightingale (Gregory Finnegan) is released from prison in Hollyoaks next week, and he vows to seek help for his gambling addiction.

The lawyer was imprisoned after his actions led to Romeo (Owen Warner) ending up in hospital.

Donna-Marie Quinn (Lucy-Jo Hudson) had made it her mission to help James through his grief in the way of Marnie’s (Lysette Anthony) death, and thus – in a bid to prevent him from gambling – she considered locking him in his room for a number of weeks.

Romeo assisted with the plan and soon took the opportunity to deliver a few home truths, telling James that Marnie would be ’embarrassed’ by his actions over the past few months.

A showdown ensued, as James pushed Romeo to the floor, and he landed on an ornament, which pierced his skin.

His family had been hoping that this incident would prove to be the wake-up call James so desperately needed. It appears as if that is the case, as next week, he’s released from prison, and he’s essentially a new man.

In fact, he makes the surprising choice to get help for his gambling. Though there’s a condition: he’ll only do so if his family agree to grope counselling.

There does, however, appear to be more going on than meets the eye, as he ignores a call from a mysterious acquaintance named ‘B’.

Subsequent scenes see the Nightingale clan have their first counselling session, and there is animosity aplenty between James and Donna-Marie.

But things take a turn when Donna-Marie overhears an exchange between James and the therapist, making a surprise discovery in the process.

Soon enough, James’ true motives are revealed, and ‘B’ confronts him, leaving him with a terrifying warning!

Just what is going on?! What’s more, who is this mysterious ‘B’?